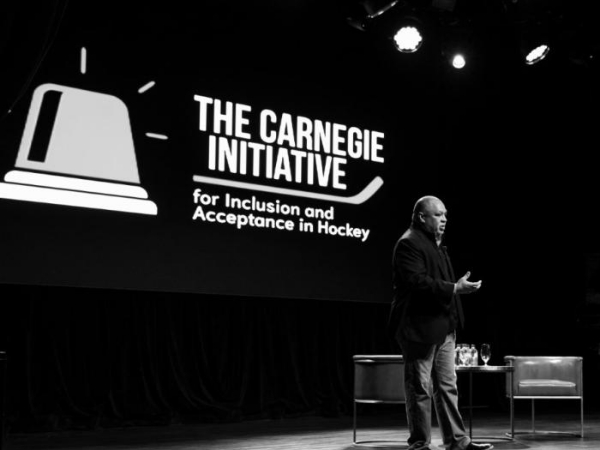 The Ted Rogers School of Management announced today the academic partnership with the Carnegie Initiative, external link, opens in new window and in collaboration with the Future of Sport Lab (FSL).

The Carnegie Initiative (CI) represents the ongoing legacy on Dr. Herb Carnegie and his illustrious hockey career breaking down racial barriers in a predominantly white sport. The initiative is an extension and culmination of his ground-breaking work, including founding of the Future Aces, an organization dedicated to foster leadership and ethical practices for society.

The partnership with the Ted Rogers School and the Carnegie Initiative aligns with ongoing research and practice advocating for change in the game of hockey, and to dismantle systems of oppression, opening the sport to all individuals.

It was Dr. Carnegie's passion and love for the game that drives this intention, leading with the Inaugural Carnegie Initiative Summit, external link, opens in new window last month, which also saw the ceremonial retirement of Willie O’Ree's jersey at the Boston Gardens as the NHL’s first Black player.

The second Carnegie Initiative Summit is slated to be held in Toronto in 2023.

Even with the celebration of Black excellence in hockey, the barriers for racialized and marginalized people to participate in the sport exist and calls for present-day action.

“The Carnegie Initiative is one-of-a-kind in its ability to connect community partitioners, professionals and academics together, all committed to changing the game of hockey. It honours Dr. Carnegie’s legacy while making sure future generations don’t have to content with the same conditions of racism and oppression as in the past,” states Dr. Norman.