‘Never too late to try something new’: Q&A with Alum Karma Brown, author of “The 4% Fix” 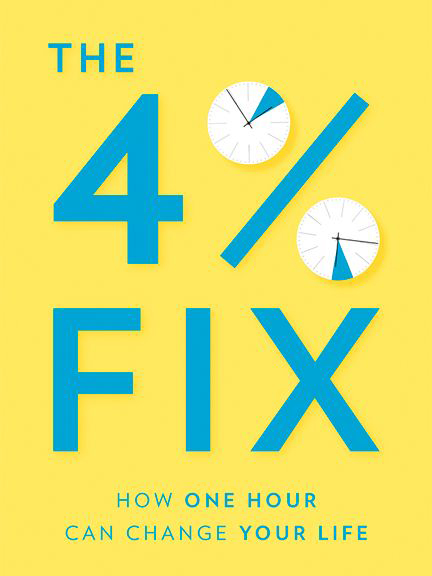 Award-winning journalist and writer Karma Brown set out to change her habit of hating early mornings and instead own and use the time for herself. In her book “The 4% Fix, external link,” Brown shares how waking up at 5 a.m., and committing to the first 4 per cent of her day changed her way of living. Brown’s book touches on subjects such as being a working mother, time management, restarting after failure and organically growing habits.

What inspired you to write this book?

This book wasn’t so much inspired as it was commissioned. HarperCollins Canada approached me about doing a book on my 5 a.m. writing habit, and more generally, exploring how others could harness an early morning hour to accomplish something they never thought they’d have the time for. Though I have plenty of non-fiction writing experience thanks to my magazine work, I’d never really considered doing anything long-form. So even though I wasn’t sure exactly what this book would look like, I said yes – you can always figure it out as you go!

What were some of your challenges while writing?

I have written a lot for magazines, including heavily-researched pieces up to 2,000 words. But really long-form non-fiction—to the tune of 70,000 words or so—was an entirely different experience. The research piece was fine, but as a fiction writer, I’m used to making everything up (with facts/research enhancing the prose). I had to mine my personal life for this book, as well as do deep dives into topics I wasn’t well versed on (like the science of sleep), and there were times when both of those elements felt overwhelmingly challenging.

What has the reaction from readers been like? Have they shared how the book has helped them?

Reactions from readers have been wonderful, and that is truly what makes me glad I said “yes” to the request to write this book. I get notes from people who have decided to implement their own “4% Fix”—waking up earlier so they get that hour to themselves, to tackle something exciting, new, or fun. And it has been gratifying to see how well it works for those who try it out!

What was one of the most surprising things you learned while writing the book?

How difficult it is to share so much of your personal story and life between the pages. There were times where I felt exhausted by my own “voice,” if that makes sense. It wasn’t always easy to revisit some of the moments I shared in the book.

What is the main message that you hope people take away from the book?

That being endlessly curious is one of the greatest gifts you can give yourself, and that it’s never too late to try something new.

While writing this book, how did you feel retelling your journey about using the 4% fix yourself?

As I mentioned above, at times it was hard to revisit some of my experiences. You really have to be quite vulnerable in a book like this, because you are letting others see your inner workings. But one of the greatest compliments I’ve received since it was published was when people who know me in real life said, “It felt like I was having a conversation with you—like you were right there on my shoulder, talking into my ear.”

If you could only tell your younger self one piece of advice that you shared in the book, what would it be?

How did you choose which quote to put for each chapter? Do you have a favourite quote that you used?

I searched through a lot of text to find those quotes and included a few of my personal favourites from authors, poets and others I respect. My favourite quote of all is the one at the top of the KNOW THYSELF chapter, from Richard Wagamese in EMBERS: “Nothing in the universe ever grew from the outside in.”

Has your own 4% Fix changed after writing this book?

It hasn’t. That’s the thing about this book—taking that hour or two in the pre-dawn morning is a habit that grew organically for me, and it has become such a part of my life, my every day, that I think it’s with me for good.