The Vincent J. Devitt Emergency Fund was created through the generous support of his family and friends to help undergraduate journalism students who need emergency or other financial support.

Devitt reported for the Globe and Mail, the Toronto Telegram and the Toronto Star. He reported on the Quiet Revolution in Quebec, the Six Day War in Israel, the FLQ crisis, the James Bay Project, the revolution in Trinidad 1970 and the rise and fall of Salvador Allende’s government in Chile. Devitt served as Bureau Chief at Toronto City Hall and Queen’s Park numerous times and also astutely covered many provincial and national election campaigns.

Devitt was a graduate of the Ryerson (now Toronto Met) Class of 1956. As someone who received financial help while he was a journalism student, the fund is an incredibly meaningful way to pay tribute to him.

Students who require emergency financial assistance should make an appointment with the Chair to explain how they would benefit from the funding. Recipients are chosen by the Chair and will remain anonymous. Since this fund was established, it has had a remarkable impact on the students who have received support.

“We all know that circumstances can change in our lives in an instant; sometimes that means students are suddenly in need of emergency funds. To be able to offer them financial support in their time of need is wonderful and we couldn’t do that without the generosity of the Devitt family,” said Janice Neil, Chair of the School of Journalism. 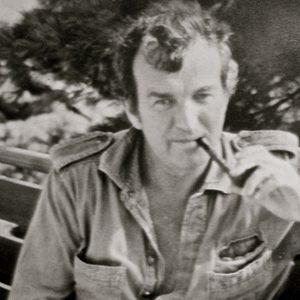 Undergraduate or graduate journalism students may apply for this award. To apply, make an appointment with the Chair of the School of Journalism to explain how you would benefit from the funding.