Travelling Abroad: A look into Exchange Experiences at J-school

By: Sophie Chong
Carousel content with 5 slides. A carousel is a rotating set of images, rotation stops on keyboard focus, on carousel tab controls or hovering the mouse pointer over images. Use the tabs or the previous and next buttons to change the displayed slide. 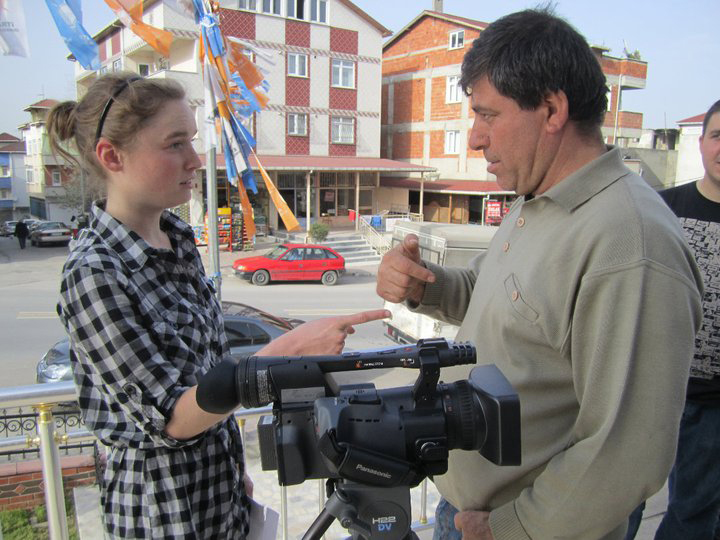 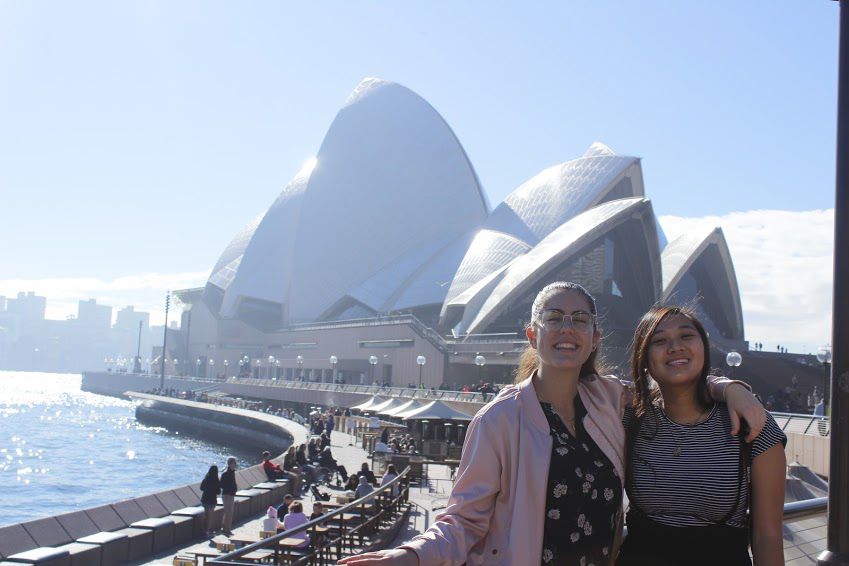 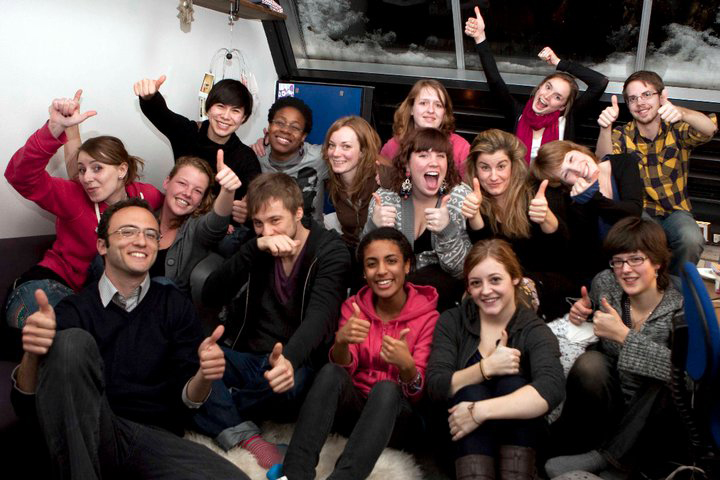 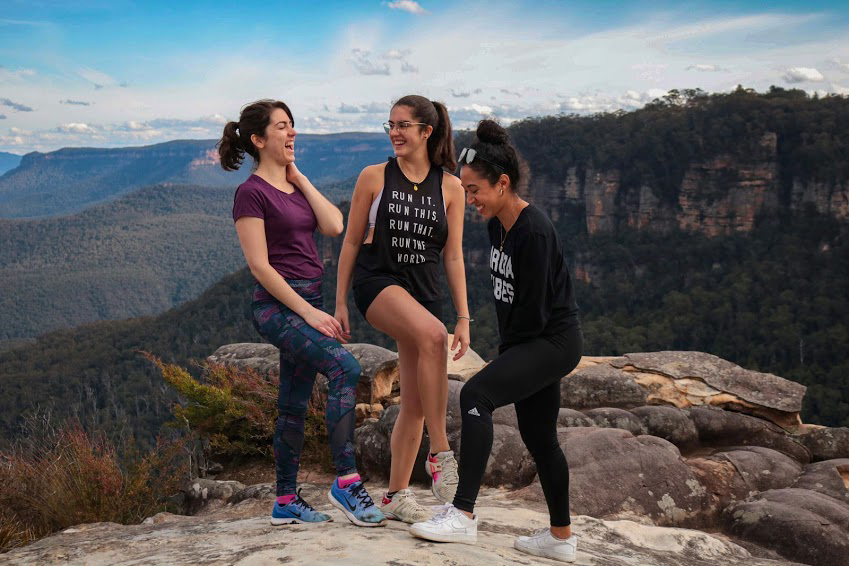 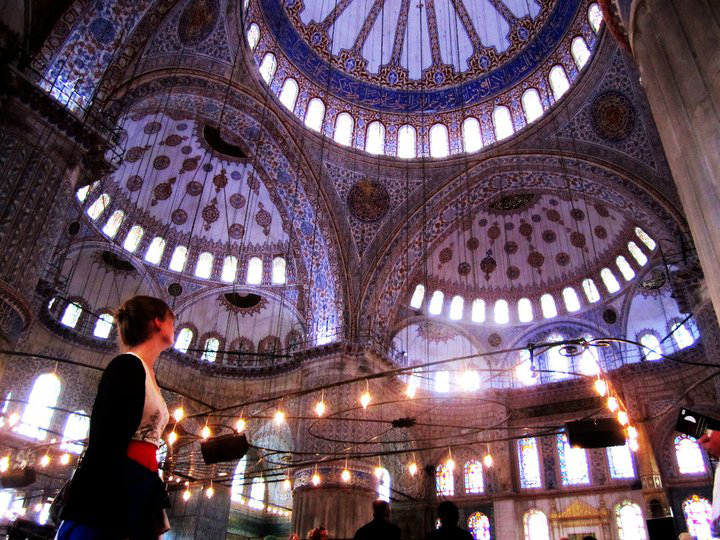 The Ryerson School of Journalism offers opportunities for journalism students to travel around the globe every year. Partnering with post-secondary institutions outside of North America, j- school students receive journalistic experience, and learn to embrace new environments. Currently, the RSJ offers exchange in parts of Europe, Australia, New Zealand, and Singapore.

For fourth-year RSJ student, Melissa Salamo, meeting new people on exchange is what she remembers most about her trip to Sydney, Australia, where she stayed for six months in 2019. While living in residence at the University of Technology in Sydney, she met other international students from all walks of life, and enjoyed travelling with her new found friends.

“Besides taking courses on exchange, I went on a lot of road trips with friends that I made there in residence. We would rent cars and drive to the middle of nowhere. We would see different scenery that was amazing; because Australia has everything, it has forests, deserts and mountains,” said Salamo.

Salamo says being on exchange gave her a wider perspective of the world in general, and more of an open mind. For her, the opportunity to meet people from all over the world has had a lasting influence on her as a person, which she says will likely translate her career. She currently works as a broadcast associate at Bloomberg, but since the exchange, she says has become more open to looking at career opportunities outside Canada.

“If you have the chance definitely do it. I know that money can be an issue, so plan ahead. As soon as I started to look into going on exchange, I started working more hours to start saving up,” she said. “Don't let that stop you, if you really want to do it, you can do it.”

Before April Buordolone travelled to City University in London on exchange, she was a student who wanted an opportunity to travel. Eager to learn about another culture and environment, she says she was looking for a new adventure, something to help her grow both personally and professionally.

In 2012, she flew to London on exchange. She would go on to report stories throughout the city while attending photojournalism courses, and reporting courses for magazine and print at City University.

“It was great to see how different industries work...how a news organization in Toronto would run compared to somewhere like London where I had my exchange,” she said.

While studying in London, she said her instructors reiterated many of the core values that are taught to an RSJ student: stressing facts first, making sure all information is fact checked, making sure that you have multiple sources, and to do your due diligence.

“I think the school does a really great job at pairing students with organizations and programs that set us up for success, in the same way that the j-school program does at Ryerson,” she said.

At times, Buordolone found it challenging to live in a new country and city, with little to no familiar faces around. Knowing how to navigate through the city was an obstacle in itself. But it’s this she says, where a lot of experiences inside as well as outside of the classroom help shape who you become when you enter the workplace.

“It gives you the confidence and the ability to go out and get what you need to get done, or report on what you need to without any safety net,” she says. “It really forms you into someone who is a lot stronger moving forward, which definitely helps me at work and definitely other areas of my life.”

Today, Buordolone is a lifestyle segment producer for the daytime television talk show, The Social. She says every day her job is different, as she works in various departments like health and wellness, celebrity interviews, and fashion. But as a segment producer, she says she still uses the tools she learned at Ryerson and in London, when it comes to researching, fact checking, and working in a live environment.

“If you're able to [go on exchange], it's worth taking the leap. I know it’s a big financial undertaking and it can be really daunting to think of living in another country for half of the year... but it's definitely worth the experience,” she says. “Being able to meet other students and expand your horizons in another country is something that I really valued at [j-school]...It's one of the best things I did at Ryerson, for sure.”

After travelling overseas for the first time, Kimberly Ivany’s passion for documentaries was ignited during her exchange trip in 2011 to Aarhus, Denmark. During her trip, she studied TV journalism, and her last assignment for the course was producing a mini documentary series.

“I'm producing documentaries all the time at The Fifth (Estate) that apply to a Canadian audience, but are quite far reaching in terms of the locations we travel to, or where our characters are from,” she said. “So kind of developing my global ability to do journalism through a global lens early, I think really helped me in the job I have now. Going across international borders when I was in my early stages of my career, I think has just made it easier to adapt and contribute in the environment that I'm in now.”

“I think that was the start of igniting my passion for long form [documentaries]. I knew coming into Ryerson I wanted to be able to do that,” she says. “But being able to exercise that interest in Denmark for the first time was really valuable in showing me that this is the path I want to be on.”

Before she was an associate producer for the CBC, she remembers her trip being the first time that she was in a class filled with international students.

“Just being able to work with people from all over the world... learn about the way they work in their own countries, and how their different experiences (were) coming together in a collaborative project that we were working on, was a really cool thing to be a part of,” says Ivany.

For her mini docu-series assignment, her team went to Istanbul, where they spent ten days  reporting on what happens when politicians use religion to sway votes.

“Being there and seeing it through a journalistic perspective, it was something very unique and really cool to be learning....I'm not reading about this in a textbook, I'm here talking to people for a school project,” she says. “ It was such a gift to be there and speak with people face-to-face.”

Ivany says that the trip was an investment in her knowledge and skills, as she believes it has proven to be invaluable in terms of setting her apart from other applicants.

“I would love to do it again. Just the friendships I made, working with professionals, professors from other countries, it was such a valuable experience...I do feel like my life trajectory has changed for the better because of it,” she says.

You can find her blog she kept during her time in Denmark here, external link. 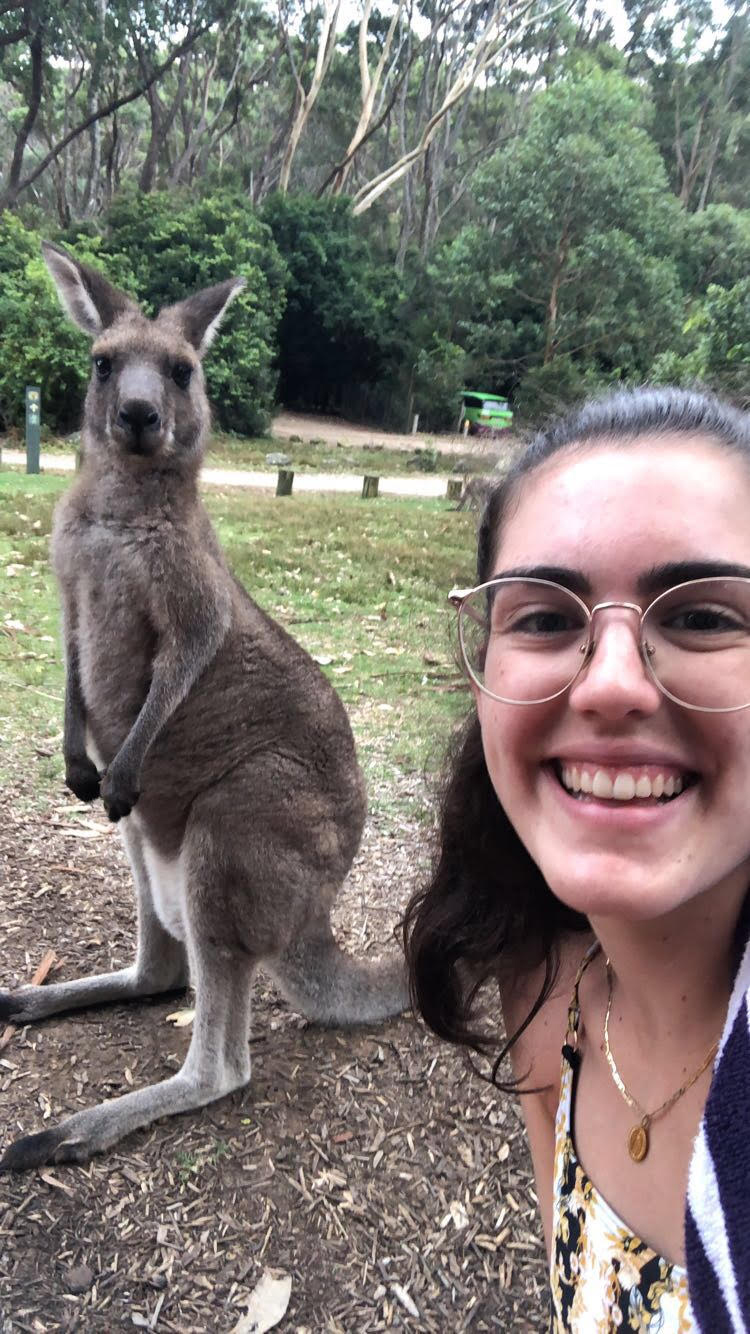 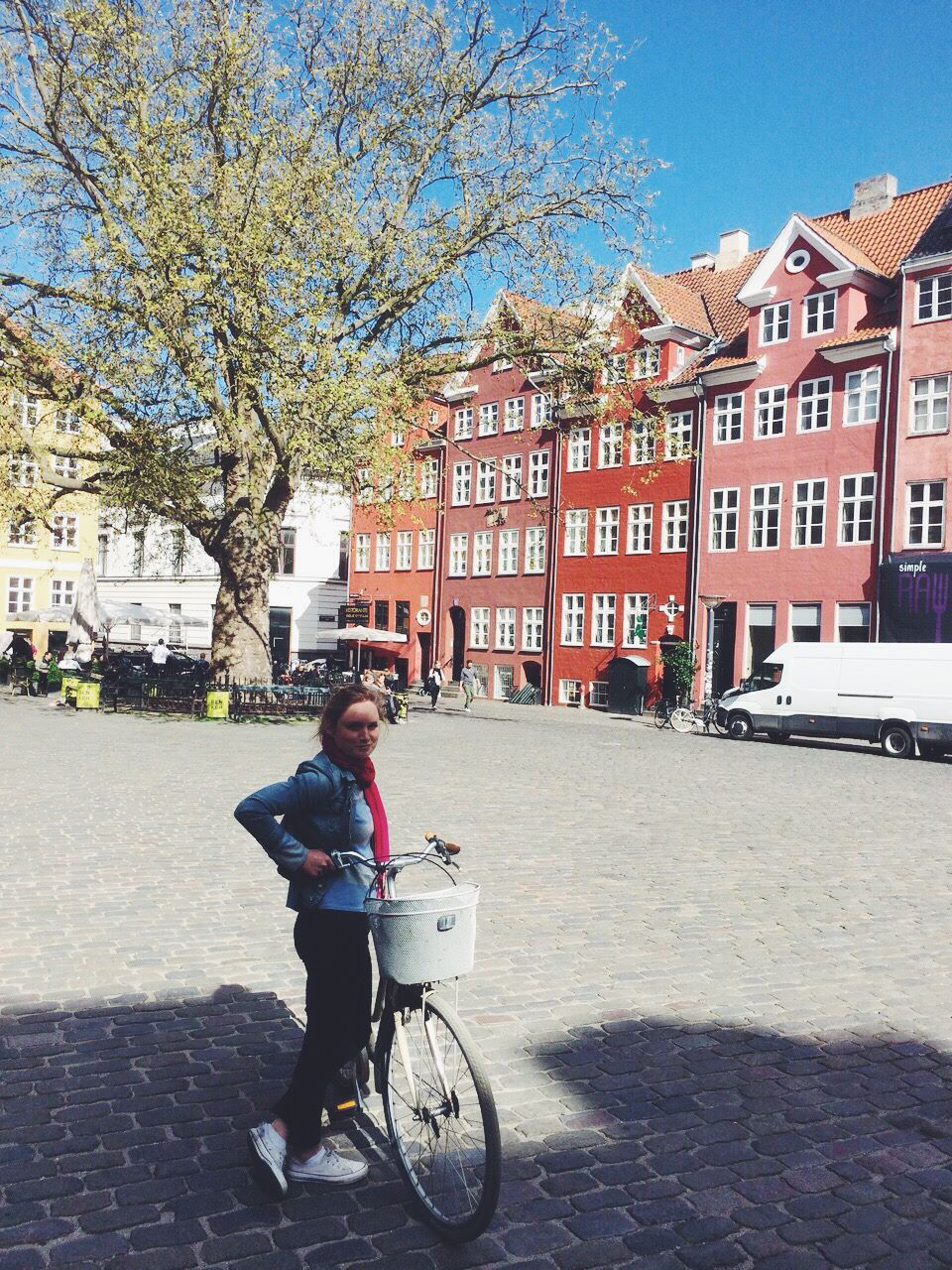 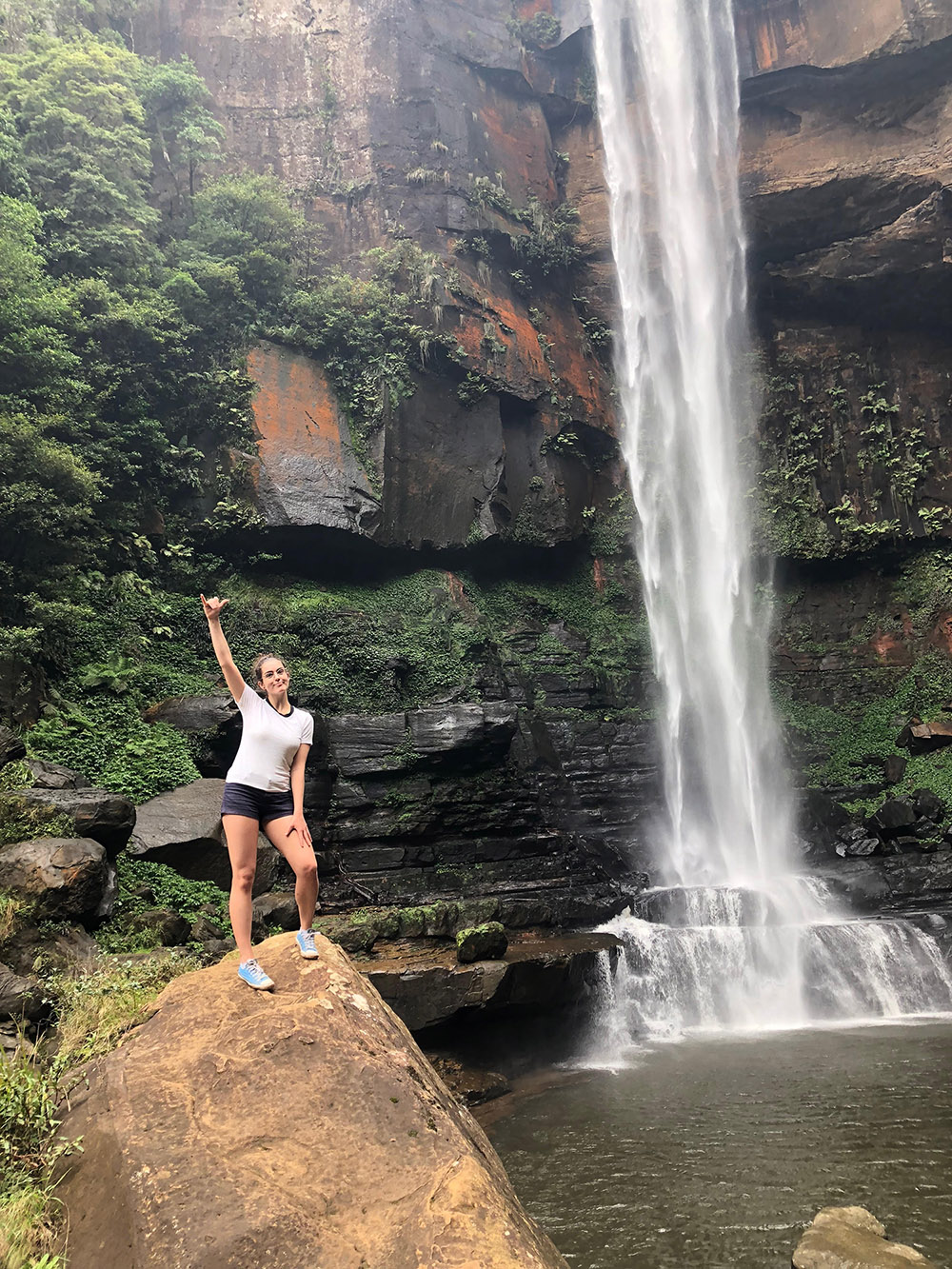 Other stories from the RSJ newsletter