Join Positive Space and Jiaqing Wilson-Yang for a reading and conversation about her book “Small Beauty”.

Winner of 29th Annual Lambda Literary Award for Transgender Fiction, “Small Beauty” tells the story of Mei, a mixed race trans woman managing the death of her cousin, the ways she contorts to navigate racism and transphobia, and her desire for community. You’ll follow her story as she takes an opportunity to leave the city and revisit a town from her family’s past, where she discovers queer family history while parsing through her own anger and trauma.

Order a copy of this book through Metonymy Press, external link (available as an EPUB or PDF). This book is also available from Apple Books. 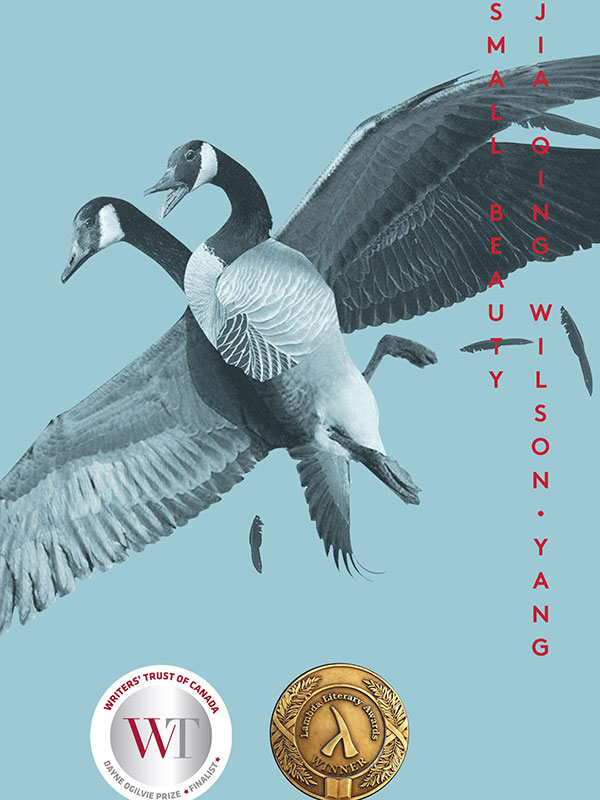 Jiaqing Wilson-Yang has worked for many years with queer and trans youth doing outreach and support, and facilitating art based workshops and groups. In 2013, she worked as the outreach and program coordinator of a program focussed on trans women survivors of sexual violence in Ontario. In recent years, she has been part of an all trans research team working with trans women to establish the research priorities of trans women affected by HIV/AIDS in Canada, called the Trans Priorities Project. She has spoken at several events to increase awareness about gender based violence and the importance of recognizing the work of trans women, sex workers, and women of colour. In past years she has worked with Rainbow Health Ontario delivering trans cultural humility training and facilitated groups for trans youth and their parents.

About Trans Awareness Month at Ryerson

Trans Awareness Month at Ryerson is an annual initiative led by Positive Space.

Ryerson community members are invited to participate in advocacy and educational events that celebrate, honour and raise the visibility of the trans community. We also honour the memory of trans people whose live were lost in acts of anti-transgender violence on November 20 for Trans Day of Remembrace.

This year’s events were organized in partnership with committee members from the Library, The Catalyst at FCAD, Faculty of Community Services, Faculty of Communication and Design, Athletics, Human Resources, the Academic Success Centre, Internal Audit, Yeates School of Graduate Student and the Office of the Vice-President Administration and Operations.