The Story of Viola Desmond

Viola (Davis) Desmond (1914 to 1965) was an African-Nova Scotian entrepreneur, whose story involved one of the most publicized incidents of racial discrimination in Nova Scotian and Canadian history.

On November 8, 1946, Viola refused to sit in the balcony designated exclusively for Black people in the Roseland Theatre in New Glasgow, but instead, took her seat on the ground floor where only White people were permitted. After being forcibly removed from the theatre and arrested, she was eventually found guilty of not paying the one-cent difference in tax on the balcony ticket from the main floor theatre ticket. She was fined $20 (equivalent to $251 in 2010) and court costs ($6). She paid the fine but decided to fight the charge in court. During the trial and subsequent appeals, no one admitted that the theatre maintained a racist seating policy. All efforts to have the conviction overturned at higher levels of court failed. Her lawyer returned her fee which she used to set up a fund that was eventually used to support activities of the Nova Scotia Association for the Advancement of Coloured People (NSAACP). While the case received little attention outside of the province, it has since gained notoriety as one of many cases fought for civil rights in the mid-20th century. 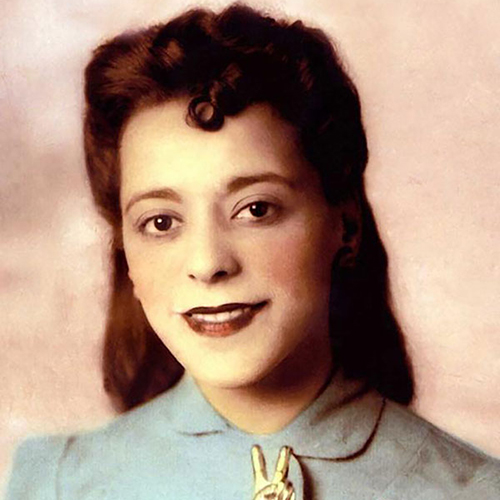 In February 2012, Canada Post commemorated Black History Month with the release of a stamp in Viola Desmond’s honour. Then on January 21, 2014, a “Proclamation for an Official Viola Desmond Day” was read into the legislature of Cape Breton Regional Municipality. In 2015, the Province of Nova Scotia named a civic holiday in Viola Desmond’s honour. In 2016, she was featured in a Heritage Minute, external link and the Halifax Transit Authority launched their newest ferry bearing her name. This ferry service is a link for commuters to Dartmouth across the Halifax harbour. In 2017, Viola Desmond posthumously received her star on Canada’s Walk of Fame.

Then on December 8, 2016, after a lengthy selection process, Viola Desmond was selected as the image to be placed on the new $10 bank note. More notably, she is the only other woman, except the Queen of England, to currently appear on a Canadian bank note.The bank note went into circulation in November 2018. In February 2019, the Canadian Mint issued a pure silver coin and $10 bank note with her image. 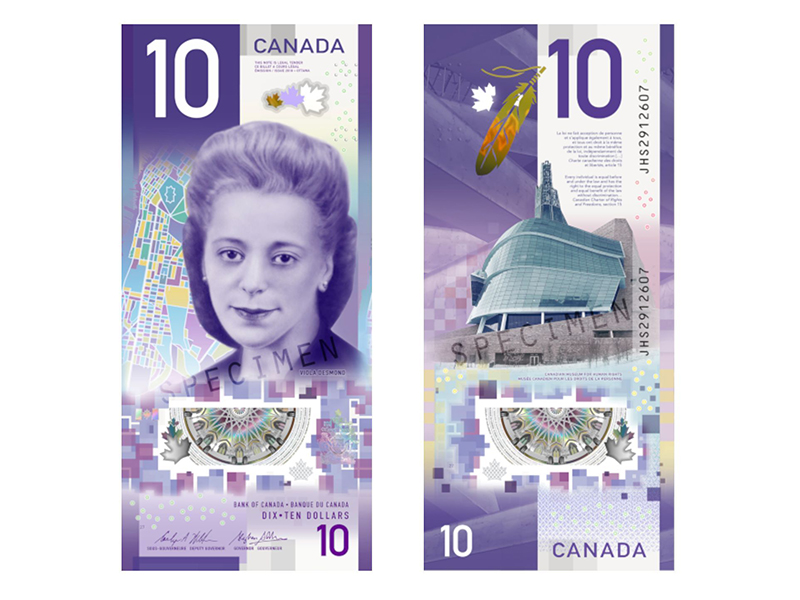 The discussion of a celebration of Viola Desmond’s life and work began in 2009 when a School of Social Work student contemplated how he could tell her story to his classmates. The student approached Darrell Bowden (then the Educational Equity Advisor in Ryerson’s Office of Discrimination and Harassment Prevention Services) who, unknown to the student, is from New Glasgow, Nova Scotia, the very community where Viola’s historic story began. From this meeting came the realisation that Viola was missing from the landscape of Black Canadian history, especially at Ryerson. The idea blossomed and grew into a plan to make Ryerson a leader in telling the Viola Desmond story.

The first Viola Desmond Awards Ceremony was held in 2009. For the last 13 years since that first awards ceremony, Darrell has led Ryerson’s efforts to honour and celebrate the Black women who have kept Viola’s legacy of resilience and resistance alive. Each year, the organizing committee adjudicates applications and looks for passion, dedication and efforts of those “changemakers” who strive to make a difference. We look for the excellence that accompanies that leadership in community building, in education and in helping to make the Black community stronger.

Each year, the Viola Desmond Awards program also provides an opportunity for education on Black Canadian history. Each award is named in honour of Black Canadian women who have pushed for equity, diversity, inclusion, and human rights in Canada. The only standing award is the Viola Desmond Award. It is presented each year to a high school student who is about to graduate and has their sights on higher education. Research tells us that having youth included in postsecondary events increases their potential for academic success in either university of college.

14th years of the Viola Desmond Awards and Bursary Program

As part of raising Black history awareness at Ryerson, the Viola Desmond Awards and Bursary Program brings together campus partners, volunteers and community members to amplify the diverse and little-known stories and contributions of past and present women of African descent in the building of Canada.

The annual event recognizes the contributions of outstanding Black Canadian women to the Ryerson campus and in the greater Toronto community. Named after Ms. Viola Desmond, this event celebrates the catalyzing efforts she made towards achieving human rights for Black people in Canada.

Each year, awards are presented to Women of the Black community at Ryerson, including a faculty member, a staff member, a current Ryerson student, a Ryerson alumna and a local area high school student who plans on attending postsecondary education after graduation. In addition, a student bursary is awarded annually to a student who self-identifies as female and Black, African, or African-Canadian, and is enrolled in a degree or certificate program at Ryerson University in the following academic year.

For the past 14 years, the Viola Desmond Awards and Bursary program has recognized the contributions of outstanding Black Canadian women in the Ryerson and greater Toronto community. Make a donation today and help us keep the legacy of Viola Desmond alive.