Frank Lloyd Wright has legions of fans, and Yew-Thong Leong is one of them. As a teen, he discovered the architect’s most famous project, the private home known as Fallingwater. “It fascinated me,” he says, “and it inspired me to pursue this profession.” Today, Leong’s portfolio is full of successes and collaborations with world-renowned architects. Including Wright himself.

From 2017 to 2021, Leong will be leading a once-in-a-lifetime project: reconstructing Wright’s Banff National Park Pavilion. Completed in 1914, the structure succumbed to the ravages of flooding and frost, and was torn down in 1939. To bring it back to life, Leong and his team (which includes six other Ryerson professors and several grad and undergrad students) will need to make some improvements to the original design. A new foundation is a possibility, as are other structural changes. But Leong will do everything he can to ensure that all modernizations are true to Wright’s vision, right down to replicating the fieldstones' exact sizes and shapes. “As a heritage preservationist and a fan of Wright’s, I have a moral responsibility to get it right.” 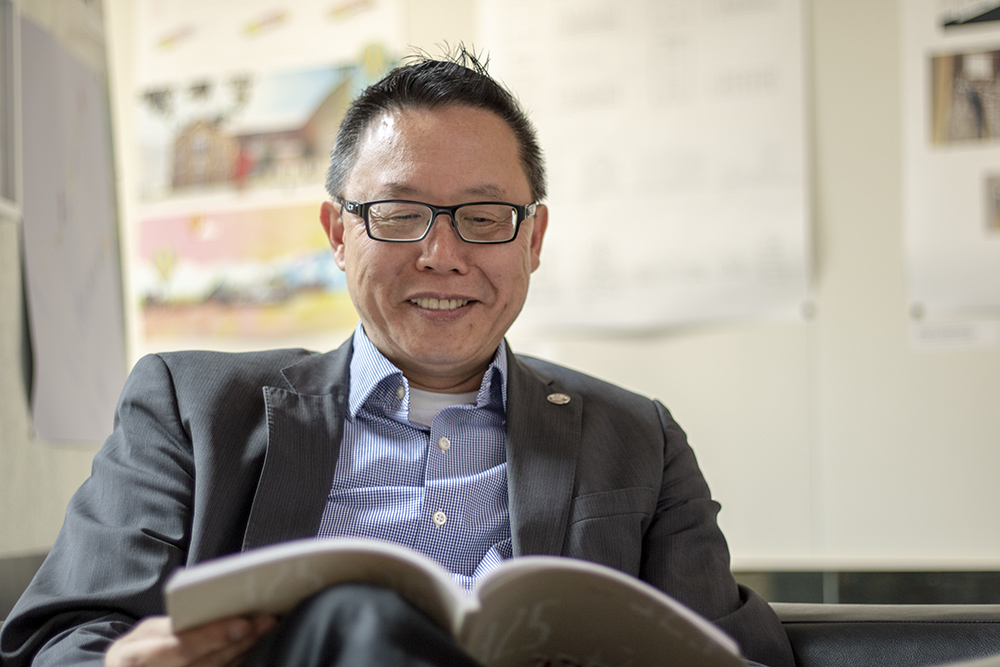