Marco Polo has a fascination with Canadian architecture, and it’s one he’s eager to share with his students. “They are often drawn to international superstars,” he says, “but it’s important to get them excited about the Canadian scene.” To do so, Polo introduces them to exemplary projects, including Patkau Architects' Audain Art Museum in Whistler, Clifford Wiens' open-air Silton Chapel in rural Saskatchewan, and the mesmerizing Bahá'í Temple in Chile by Toronto’s Hariri Pontarini Architects.

According to Polo, there are many reasons why students don’t often know much about Canadian architecture. Many nations, especially geographically small mono-cultures with long histories, have a clearer design identity. “There's also the challenge of our extreme climate, which drives an emphasis on building performance over dramatic expression.”

Polo, who brings his grad students to the Venice Bienniale every two years, believes that studying global architecture is crucial. However, he maintains that it’s just as important to look within our own borders for inspiration. “While our harsh climate can inhibit how dramatic our designs can be,” he says, “our ability to work creatively with those constraints has made us some of the best technical architects and builders in the world.” 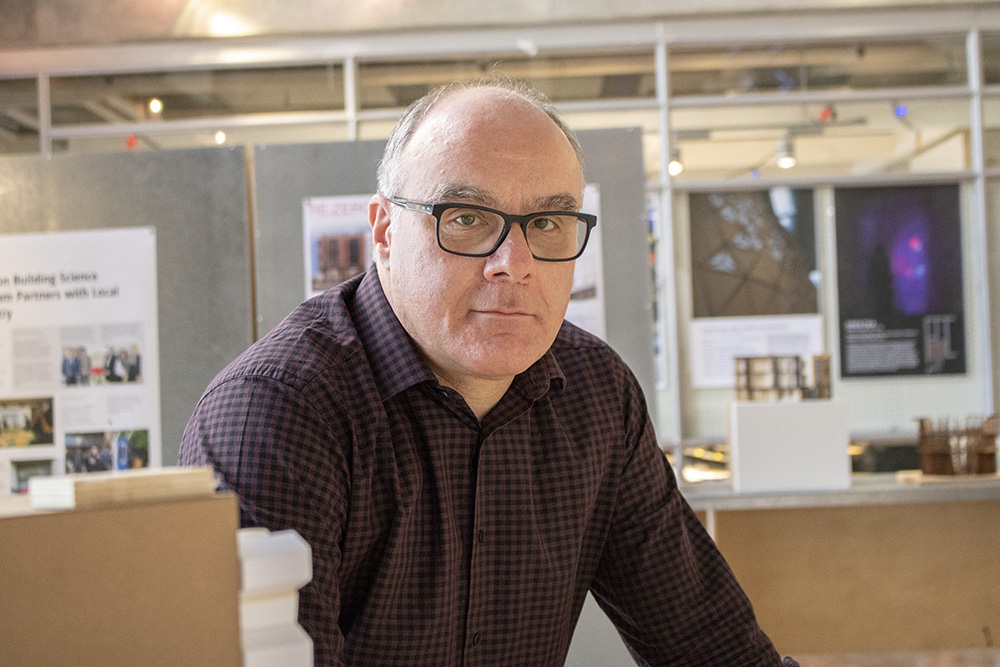 “In the Canadian climate, buildings have to be robust. That’s part of our architectural identity.”

Back to Faculty Directory