These blog entries are intended to provide informed discussion of contemporary urban policy issues and to respond to requests for public input into proposed urban policies such as infrastructure financing, land use planning, affordable housing and economic growth. 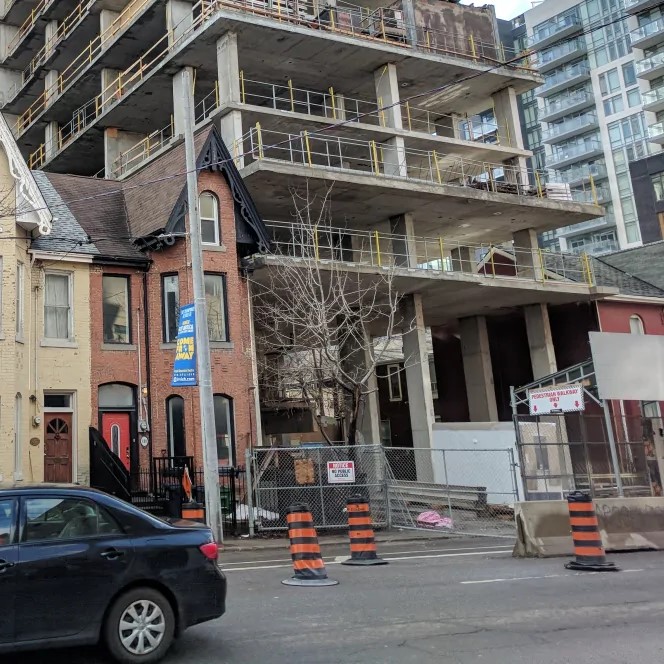 May 24, 2022 - This blog by Frank Clayton compares two housing supply data sets during the past five-year census period (June 2016 to May 2021). These are additions to the housing stock (completions and net conversions) as counted by CMHC and additions to the housing stock as reported in the Census of Canada (growth in total dwellings). The focus is on the Greater Golden Horseshoe ("GGH") and the Greater Toronto and Hamilton Area ("GTHA").

Housing completions plus net conversions within the existing housing stock and the change in total private households should be the same if the data are accurate and complete.

There are several anomalies where the two data sets do not match very closely. These include:

Understanding the data on actual additions to housing supply is the endpoint of the continuum to ensure that there is an adequate supply of new housing. As CUR has previously argued, it is also necessary to have reliable data about land at various stages of the approval process due to the extended period necessary to provide additional housing supply. It is thus important to ensure the collection of better and more accurate data on changes within the housing stock, and that municipalities collect and provide data on the supply of approved and serviced land by housing type as well as land in the approvals pipeline. Municipalities are in fact required to maintain both a short- and medium-term supply of sites in built-up and greenfield areas at all times under the Provincial Policy Statement (Policy 1.4.1). Collecting and publishing this information will provide a complete set of data on housing supply for policymakers, planners and developers to make better decisions about the need and provision of new housing.

Hopefully, the provisions of Ontario’s More Homes for Everyone Act 2022 will provide funding for this data collection and research.

March 3, 2022
The Greater Golden Horseshoe Growing Slower Than Forecast Largely Due to City of Toronto and Peel Region

January 14, 2022
Affordability Issues, Not the Pandemic, Drive Population from the City of Toronto and Peel Region

July 12, 2021
Five Principles That Can Improve Housing Affordability in the GTA

June 4, 2021
Some Observations on the Recent Pattern of Residential Building Permits in the GGH

February 24, 2021
Bleeding of Resident Population from City of Toronto and Peel Region Accelerated Again in 2020

January 18, 2021
Region of Peel and City of Toronto Remain Top Destination for Millennials in 2020, Even as Many Flee in Search of More Affordable Housing

November 10, 2020
What Halton Region Is Missing by Its Blanket Opposition to CN’s Proposed Intermodal Facility

February 20, 2020
Where Are All the Canadian Millennials Moving To?

October 30, 2019
Millennials in the City of Toronto and CMA Are Heading to the Rest of the Greater Golden Horseshoe, but Are Being Replaced by Immigration

October 7, 2019
Wondering Why the GTA Economy Has Been Growing So Fast and What the Future Holds? If So, Joe Berridge Is a "Must Read"

September 9, 2019
Time to Revisit the Population Forecast Underlying the Growth Plan for the Greater Golden Horseshoe

September 4, 2019
Single-Detached Houses Are Here to Stay in the GTA, Contrary to Media Reports and Planners' Dreams

July 29, 2019
Debating the Mortgage Stress Test: To Loosen or Not To Loosen?

June 14, 2019
Debating Bill 108 - How Economics 101 Can Help Planners Understand the Impact of Bill 108 on Housing Affordability

May 31, 2019
WOW! Toronto Was the Second Fastest Growing Metropolitan Area and the Top Growing City in All of the United States and Canada

May 3, 2019
Ontario Government Proposes Legislation That Could Unlock Development Potential Around Transit Stations in Ontario

March 28, 2019
Another look at the Room the City of Toronto has to Raise Residential Property Taxes: Focus on Owner-Occupied Single-Detached Houses

February 22, 2019
Highlights from the CUR Seminar with Pamela Blais: “Hyper-Concentration of GTA Job Growth in Downtown Toronto: What Does It Mean for the 905 Regions?”

April 26, 2018
Love it or Hate It: The King Street Pilot Still Falls Short on Transit Needs Along the Corridor

December 19, 2017
What is happening in markets for residential land in the Greater Golden Horseshoe?

October 23, 2017
Ontario government not yet maximizing the economic benefits from its foreign buyers' tax to increase housing affordability
By: Diana Petramala

October 4, 2017
What can the GTA do to attract Amazon?
By: Diana Petramala

September 20, 2017
What is Meant by "Missing Middle Housing" and How a Greater Vancouver-Based Study Proposes to Rectify It
By: Diana Petramala

August 31, 2017
How Accurate was Statistics Canada in Estimating Annual Population Growth Within the Greater Golden Horseshoe (GGH) 2011-2016?
By: Frank Clayton

July 14, 2017
PDF fileWhere Millennials Live and 14 Other Interesting Facts from the 2016 Census - CMAs within the Greater Golden Horseshoe Area

July 12, 2017
Hey Toronto Media - Time to get with it: The "City of Toronto" is not the "Greater Toronto Area"
By: Frank Clayton

June 29, 2017
Where Millennials Live and 15 Other Interesting Facts from the 2016 Census - Regional and Single-Tier Municipalities in the Greater Toronto and Hamilton Area

March 3, 2017
Population Growth in the 905 Portion of the Toronto Economic Region Continues to Outshine the City of Toronto in 2011-2016
By: Frank Clayton

December 13, 2016
Time for Toronto Councillors to Stop Being Skittish About Raising Property Taxes
By: Frank Clayton

November 28, 2016
How Does Population Density in the GTHA Compare with Other Larger Urban Regions?
By: Cameron Macdonald

Blog #2: Urban policy, including land use policy, is often ineffective because of a failure to utilize economic analyses and insights

Blog #3: The alchemy by which land use regulation turns housing in Greater London into gold

Blog #4: Why costs as well as benefits must be considered when formulating or evaluating land use planning policy

Blog #5: 'Radical reforms' to the British land use planning system proposed by Cheshire, Nathan and Overman

September 23, 2016
Study Ranks 23 GGH Municipalities According to the Restrictiveness of Their Residential Land-Use Regulation
By: Cameron Macdonald

August 19, 2016
Surge in Ground-Related Lot Values Reflects a Shortage of Supply in the GTA
By: Frank Clayton

August 8, 2016
A Statistical Mystery: Diminishing Expansion of the GTA’s Built-Up Area at a Time of Surging Construction of Single-Detached Houses
By: Frank Clayton

July 15, 2016
How a Shrinking Supply of Serviced Sites is Stoking House Price Increases in the Greater Toronto Area
By: Frank Clayton

May 11, 2016
Did You Know: Travel Times for City of Toronto Commuters on Average are 60% Longer by Subway than by Car?
By: Frank Clayton

February 4, 2016
The Fallacy that the City of Toronto Needs New Taxation Powers
By: Frank Clayton