It’s official, this July, Eureka! camp turned 10 years old! Eureka! is a four-week summer camp that is run in collaboration with the Faculty of Engineering, along with Architectural Science and Toronto Metropolitan University Athletics. Campers aged 7-13 years old engage in daily science and engineering activities. Then to end off the week, the Eureka! campers join all other TMU camps in a banquet celebration to show off all they had learned during their time at camp.

The start of each week of camp was all about finding the scientist hidden inside all of us. Campers got to explore a real science lab at the university and learned all about the equipment in the lab such as the fume hoods all the way to how to safely dispose of any waste. Once the campers were acting the part, they also got to look at the part by designing their own custom lab coat to use throughout the week. To end off the session, campers got to experience their first science experiment of the week… making silly putty! 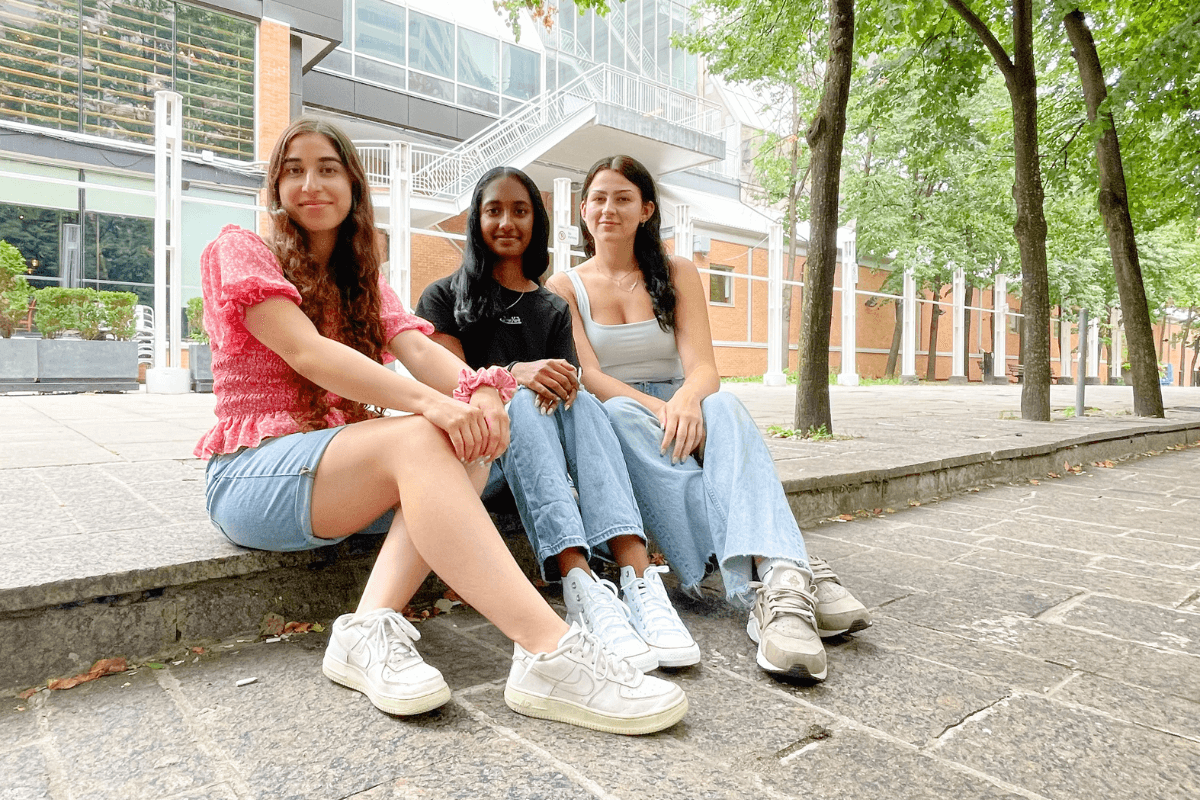 Week 1: More Than Meets The Eye

The theme for the first week of camp was, “More Than Meets The Eye”. Campers dove deep into the many things that make up the world around us but are invisible to the naked eye. We started the week by learning about how DNA holds all of the information that makes us who we are. Campers extracted DNA from strawberries and were able to observe it up close. Later on in the week, campers learned about how monomers and polymers contribute to the many materials we use every day. Campers extracted the casein monomer from milk to create their very own plastic creations! We ended the week by learning about how cells make up all living things by letting each camper get hands-on experience using a microscope to observe many different animals, insects, and plant cells.

The theme for week 2 of camp was, “Life Size Science”. Campers learned about science topics that apply to human life through exploring different bodily systems as well as how forensic scientists use biological markers to help solve crimes. Campers started the week by becoming forensic scientists themselves to solve the “kidnapping” of David Suzuki, a Canadian scientist and environmental activist. Campers were given a series of clues to solve the case. They learned about how footprints can be used to determine a person's height, revealed an invisible ink message, and analysed fingerprints. Campers also got messy this week when building a model of the human digestive system that went from ingestion all the way to excretion, even including model ‘poop’! Campers learned the important roles of the organs involved in digestion and got to test their knowledge by working together in a game of  “Pin the Organ”. We ended the week by learning about the human respiratory system, with campers building working models that demonstrated how the diaphragm brings air in and out of our lungs.

The theme for week 3 was, “Mother Nature”. Campers learned about the everyday science in nature that we often do not think about. We started the week by learning about why leaves change colour. Campers performed a chromatography experiment to extract the different pigments found in leaves, and learned why pigments like chlorophyll are so important in a plant's photosynthesis process. Campers then learned about the visible light spectrum and how different wavelengths of light affect the colour of an object. Campers built a spectrometer to be able to separate white light into its different components and got to test it out using natural and artificial sources of light. The last activity was a hoot, as we ended the week talking about ecology and food chains and campers got to dissect owl pellets to identify bone structures of the owls prey.

Week 4: Out Of The World

The theme for week 4 was, “Out of This World”. Campers learned about topics regarding space such as rocket ships and the moon. The highlight of the week was getting to talk to a real engineer from NASA! We started the week by hosting this video chat with Eduardo Lopez, a technical lead engineer working at NASA. Here campers learned about rocket ships, current missions, space travel, and had a chance to ask the NASA specialists questions. During the week campers learned how rocket ships launch into space by designing their own models. After this, it was time for blast off! Campers took their rockets outside and got to witness their rockets soar in the sky, while competing to see whose rocket went the furthest. We ended the week by learning about the lunar cycle, using oreos to create all eight phases of the moon. Campers also created glow in the dark moon decorations using puffy paint which they could take home.

End of Each Week

To give campers a brain break for the last day of camp, the Eureka! camp joined forces with all of the other camps. The morning involved campers engaging in a camp-wide activity, whether that be going to the pool, having a water fight, or playing a sport, campers were ready for fun in the sun. At the end of the day, all of the camps were invited to a banquet, where campers were given a chance to showcase their work from the week and see what other camps created. The banquet was a hit as campers had the opportunity to perform in a talent show, watch a movie, sing karaoke, and even watch a counselors versus varsity basketball game! To top it off, the campers all got a goodie bag at the banquet full of delicious treats.

Eureka! 2022 was a summer to remember! Not only was camp back in person after two years of virtual programming, but the personality of campers truly shined through as they played the role of scientists and engineers each week! Throughout the week, campers learned about a new sector in science and each day campers came back with more curiosity than the last. Along with learning about science and engineering, campers got to diversify their interests while engaging in sport and creativity with camp-wide activities. As counselors, our goal is to encourage youth to engage in the world of science and expand their eagerness to learn, and this year's campers were truly a testimonial to that!