The School of Performance offers a BFA in three disciplines: Acting, Dance and Production + Design. We provide the highest standard of arts education for exceptionally talented performers and practitioners who go on to become world class artists, leaders and global citizens. We raise the standard of professional practice in theatrical disciplines, pursuing excellence in performance to provoke curiosity and risk-taking in changing political and social world contexts.

Our students have guaranteed opportunities to perform and/or collaborate in an annual season of theatre and dance productions. The performances are organized under professional company standards and performed before paying audiences.

Learn about our current performance season

The School of Performance faculty has extensive professional theatre experience and many of the instructors continue to work in and maintain close relations in the cultural sector both nationally and internationally. Students work with award-winning faculty, in addition to many of Canada’s top artists and arts managers. Esteemed guest lecturers and artists enrich the student experience through added workshops, studio training, individual coaching and mentoring. Students in all streams participate in full-scale theatrical productions, while senior students are encouraged to produce original work in the final semester.

The involvement of The School of Performance faculty in academic research, writing and creative community projects also provides a particularly vibrant learning opportunity for students in the program – with many students having opportunities to participate alongside faculty in both local and study-abroad experiences.

Explore performance studios, labs, and workspaces in our video tour and 360° images.

Performance is a part of the The Creative School - a dynamic faculty that is making a difference in new, unexplored ways. Made up of Canada’s top professional schools and transdisciplinary hubs in media, communication, design and cultural industries, The Creative School offers students an unparalleled global experience in the heart of downtown Toronto.

Get to know The Creative School 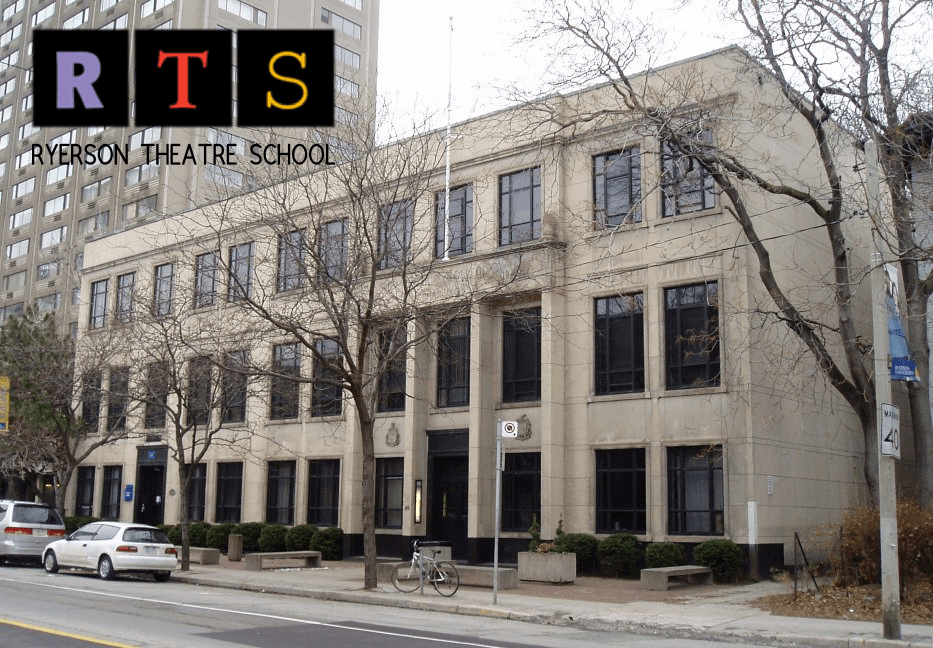 During the 1960s and ‘70s there was tremendous growth in the Canadian Theatre Industry; in Toronto alone, several new theatre companies emerged including Theatre Passe Muraille, the Tarragon and Factory theatres. The Canadian Government established several new granting organizations, initiating several arts funding programs dedicated to the burgeoning cultural industry. Ryerson Theatre School (RTS as it was known) opened its doors in 1971, the result of a recognized need for excellence in professional theatre training.

Jack McAllister, a veteran with decades of experience in the live performance industry, looked to London’s Central School of Speech and Drama as the model for our university's own theatre. Backed by then Dean of Applied Arts, Al Sauro, and President Fred Jorgenson, McAllister's proposal was accepted. Jorgenson's successor, Donald Mordell, approached McAllister with a recommendation to incorporate the Canadian College of Dance in Montreal (associated with the Royal Academy of Dancing and the Imperial Society of Teachers of Dancing) into Ryerson's new theatre program.