TMU's Orientation Week takes place the week before classes begin and gives incoming students the chance to connect with other new students, get familiar with their academic program, and get to know their way around campus. Our Orientation Week is designed to meet the needs of all new students.

Every year we offer new events and programs, but every Orientation Week at TMU features:

The Toronto Met Communication and Design Society is a student-led society that represents over 5000 undergraduate students within the 9 Schools of the Faculty of Communication and Design (FCAD). You are joining a creative tight-knit community of artists, problem solvers, and storytellers! From all of FCAD, your course unions, and student groups, we welcome you to Toronto Met, and orientation.

We cannot wait to meet you. Follow us on social (@RCDSonline).

RESS is the oldest Student Society on Campus, and we've been running our own orientation week events for as long as we can remember. We have a whole week of fantastic and inclusive events planned for this year's orientation! You can find an information hub for all of this, updates, and more on our website ryengsoc.ca, external link and by following our instagram, @ryengsoc! We'll be posting steady updates and introductions to the team and other students in your program who used to be first-years in engineering, just like you! As well, each year we run a funraiser for Cystic Fibrosis, Shinerama. This year, for online frosh, we'll be running online donations, with fun fundraiser goals you can be sure to look forward to! You can also find out more about this on our website. Rest assured, this year's Toronto Met Engineering orientation is not to be missed!

The TRSS annually hosts and supports various events and initiatives within the University community and around North America. Some of the more popular events planned for this year includes: TRSS Commerce Frosh Week, Ted Rogers Management Conference (TRMC), Week of Welcome, Frost Week and much more! The TRSS also provides the student body with handbooks, training sessions, and excellent networking opportunities in a wide variety of interests.

In 2013, the Toronto Met Science Society (RSS) was created to represent all students that are enrolled in full-time, undergraduate degrees with the Faculty of Science. The RSS focuses on planning social and professional events that benefit and interest our students - starting with Science Orientation/SciFrosh! At Orientation we welcome new additions to our community by celebrating incoming students to the Faculty of Science. Science Orientation has now become one of our largest events and an ongoing opportunity for first-year science students to create friendships and gain useful tips for their entire university career. For more information about Orientation, external link and the RSS, check out our RSS website, external link or Instagram, external link! 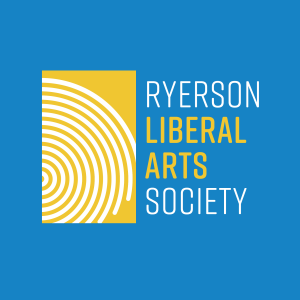 The Toronto Met Liberal Arts Society (RLAS) represents over 4,400 Undergraduate students of the Faculty of Arts. Spanning 13 programs, RLAS organizes events, programming and opportunities for its students, including this year’s Orientation! The RLAS will be welcoming all incoming students with events and activities that will span over the course of two weeks.This is an opportunity for incoming students to make connections with their fellow students online! Some highlight events include: Diversity Talks - Consent Comes First, and How to Talk to Professors that will give students the opportunity to learn about key tips for navigating their first year. The RLAS is also hosting sessions to bond with students through fun events like Netflix Parties, and Trivia Activities! To access our full schedule visit our RLAS website, external link, and instagram, external link!

Toronto is in the ‘Dish With One Spoon Territory’. The Dish With One Spoon is a treaty between the Anishinaabe, Mississaugas, and Haudenosaunee that bound them to share the territory and protect the land. Subsequent Indigenous nations and peoples, Europeans and all newcomers have been invited into this treaty in the spirit of peace, friendship and respect.

The “Dish”, or sometimes it is called the “Bowl”, represents what is now southern Ontario, from the Great Lakes to Quebec and from Lake Simcoe into the United States. We all eat out of the Dish, all of us that share this territory, with only one spoon. That means we have to share the responsibility of ensuring the dish is never empty, which includes taking care of the land and the creatures we share it with. Importantly, there are no knives at the table, representing that we must keep the peace. The dish is graphically represented by anwampum.

This was a treaty made between the Anishinaabe and Haudenosaunee after the French and Indian War. Newcomers were then incorporated into it over the years, notably in 1764 with The Royal Proclamation/The Treaty of Niagara.

The land acknowledgment started in British Columbia, where there are no treaties at all. Its popularity has spread as an acknowledgment of Indigenous presence and assertion of sovereignty. It is used in a variety of ways, such as at opening events and meetings.