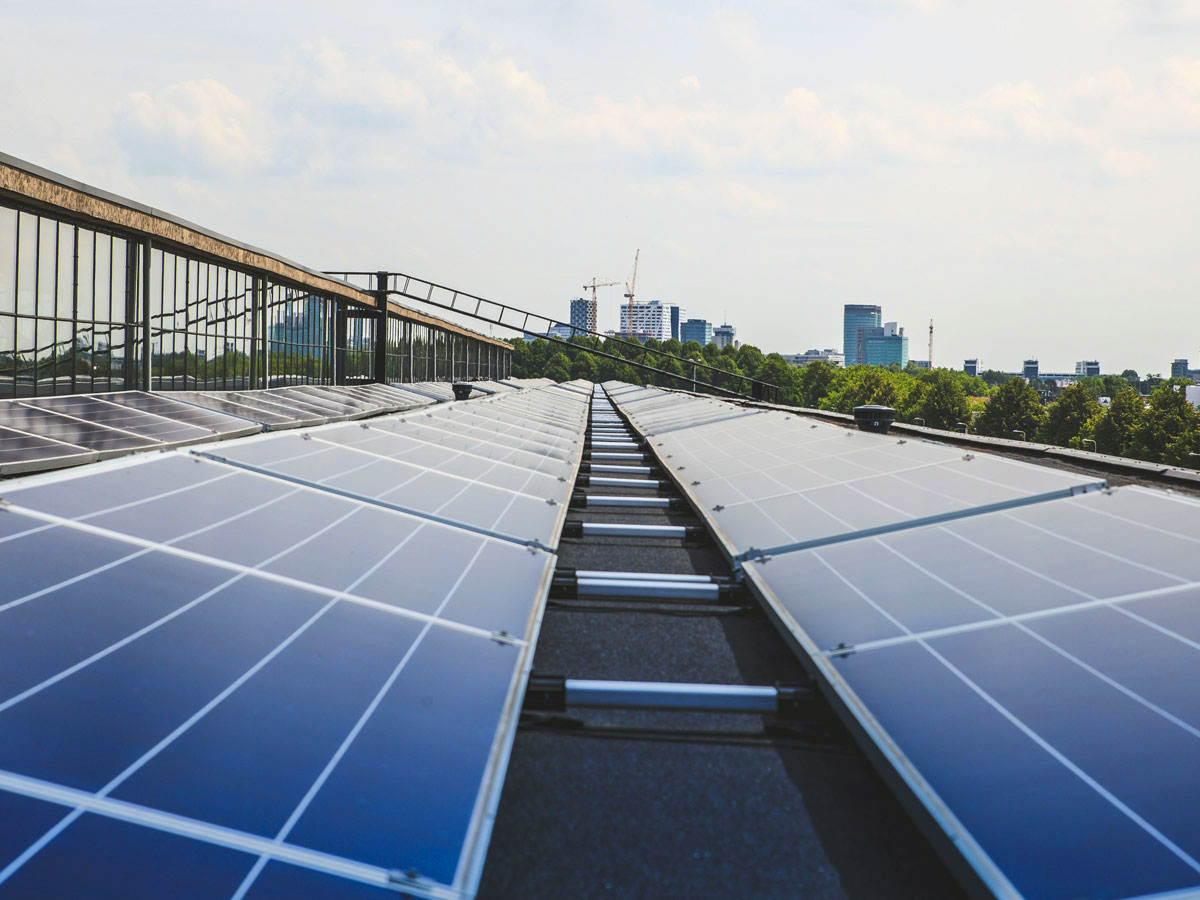 Imagine being able to buy and sell clean power directly from and to your neighbours. That’s the new paradigm being proposed by researchers at Ryerson University’s Centre for Urban Energy (CUE).

In research sponsored by the province’s Independent Electricity System Operator (IESO) and led by Bala Venkatesh, CUE’s academic director and a professor in electrical and computer engineering, postdoctoral research fellows Amr Adel, Jessie Ma and Carlos Sabillon have developed a “transactive energy distribution system (TEDS)” that they say could enable everyone to become their own power provider.

Like most jurisdictions, Ontario generates its electricity from large-scale sources, including nuclear, hydro and fossil fuels. This energy is transported to load centres via vast transmission lines, spanning hundreds of kilometres in some cases, before distribution cables deliver it to people’s homes and workplaces.

For more than a century, this system has remained largely unchanged. However, a confluence of factors, including rising infrastructure and maintenance costs, an expanding environmental footprint and a rapid drop in the price of clean technologies have led many to question whether this model is still fit for purpose in a world grappling with climate change.

Spurred by technological breakthroughs and declining costs, the growth of so-called distributed energy resources (DERs) – including wind generators, solar panels and big batteries – has offered a glimpse of a new future. In this future, centralized electricity grids are significantly decarbonized by connecting innumerable decentralized microgrids made up of thousands, even millions, of individual energy “prosumers” (a portmanteau of the words producer and consumer).

The challenge has been how to plan for, operate and pay for a system made up of prosumers with vastly disparate sizes and characteristics – from a giant rural wind farm to a small urban home with rooftop solar panels. How do we level the playing field for all of them?

That’s where the TEDS model comes in, which aims to provide transparent pricing information and equitable payment to each prosumer in real time. The peer-to-peer market can be implemented immediately and will adapt to the future grid as, inevitably, more and more DERs come online over the coming decades. 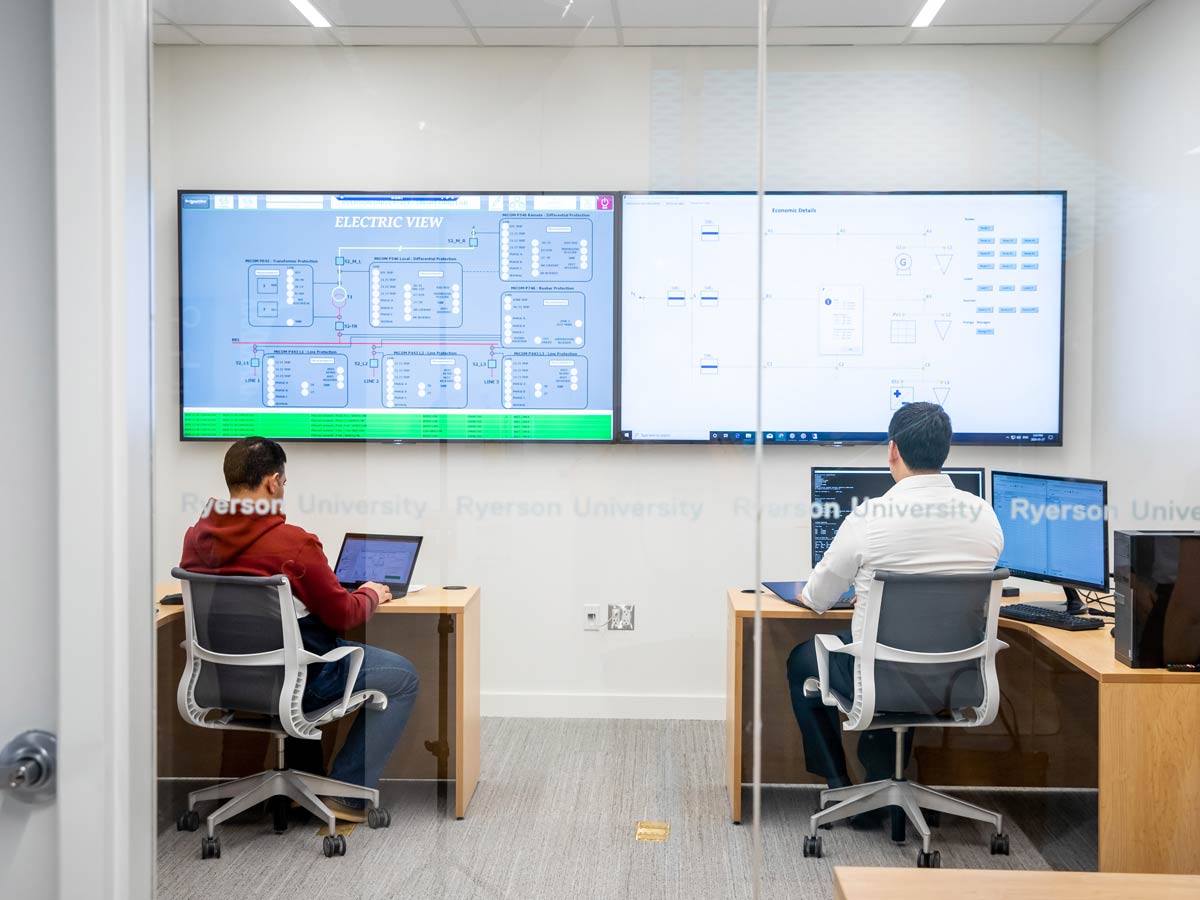 Research fellow Amr Adel, who completed his PhD in electrical and computer engineering at Ryerson in 2019, believes the key to the model is providing a market incentive for participation.

“This is actually the whole story about transactive energy: that we reach a point where every single customer will be proactive in the system,” he said. “Everyone should be able to trade in both ways, selling and buying energy at any time.”

As well as encouraging individual homeowners to install solar panels or batteries, the new market will also incentivize large facilities such as shopping malls, grocery stores and manufacturing plants to profit from what is currently unutilized space on their land or rooftops by selling clean energy back into the grid.

“This model will encourage the private sector to play a role, to invest their money,” Adel explained. “If you give them the right business model, give them a real opportunity to invest and to get their money back and make good profit.”

The new system will also have far-reaching environmental impacts. It envisages a future where consumers can choose what kind of power they want to use and who they want to buy it from, which could lead to an uptake in sustainable energy as people vote with their wallets for technologies that do not negatively impact the climate.

According to professor Venkatesh, the new system will enable clean energy in a way that simply isn’t possible today within a centralized grid. “The research will lead to revolutionizing distribution systems and unlocking the potential of distributed energy resources such as renewables, storage and smart loads.”

The research, which has so far spawned three published research papers, continues in CUE’s Transactive Energy Distribution Laboratory with a goal of widespread implementation on the grid by 2030 and full adoption by 2050. For its part, the IESO is currently piloting a transactive energy project in York Region.

Ultimately, whether it is economics or environmental concerns that drive it, postdoctoral fellow Adel acknowledges that the success of transactive energy will depend on the changing of mindsets, not just technologies.

“The whole model has to change,” he said. “A lot of regulations, a lot of policies for the existing systems need to be changed, and you know, thinking about a bulk centralized power system, we have forgotten some of these discussions.”

Professor Venkatesh is confident that any hurdles – technical or otherwise – will be overcome and that transactive energy will play a central role in Ontario achieving its short- and long-term climate targets.

“Transactive energy will lead to the greening of the energy systems, increased economic benefits to society and a reduction in electricity costs – leading to a rapid transition to a zero-carbon 2050,” he said.

Ali Golriz, who is the lead of system and sector development, innovation and R&D at the IESO, also contributed to this research.

Ultimately, whether it is economics or environmental concerns that drive it, transactive energy will depend on the changing of mindsets, not just technologies.