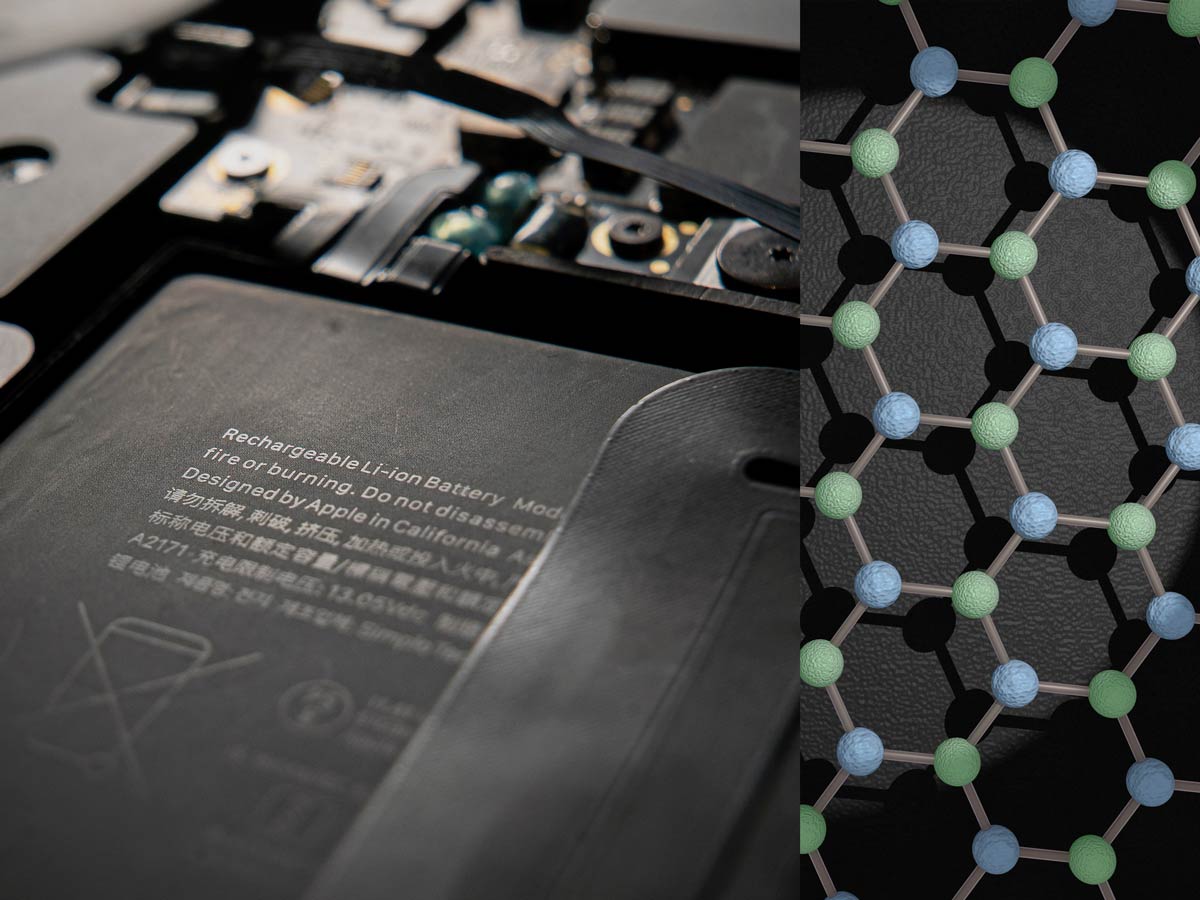 In today’s world, we rely on batteries and energy storage more than ever to power our daily lives. Between these demands and climate change, there is a need to develop reliable energy storage and conversion systems – systems that would benefit from using materials that last longer, are safer and offer higher power densities.

To address this need, professor Hadis Zarrin and her team are developing a solid-state electrolyte which helps to conduct ions in batteries. Typically, an electrolyte is liquid. But many liquid electrolytes are extremely flammable and corrosive. They also require a larger compartment inside batteries, increasing the product’s size. A highly conductive, solid-state electrolyte has the potential to make energy storage and conversion systems, such as fuel cells, electrolyzers, batteries and supercapacitors – which store large amounts of energy – more sustainable by using fewer materials, improving longevity and offering better performance despite changes in environment like swings in temperature and humidity.

The researchers fabricated a solid-state electrolyte chemical compound by taking hexagonal boron nitride (hBN), commonly known as white graphite, and combining it with a commercial polymer known as Nafion. They created sheets that were just a few atoms thick, and the resulting product are two-dimensional hBN nanoflakes, a promising novel nanomaterial. The high surface area of these atom-thick layers of hBN were further modified with ion-conductive molecules.

In addition to applications in batteries, supercapacitors and other energy storage and conversion uses, her team is exploring use of the nanoflakes in hydrogen generation by water electrolysis, as well as in lithium-ion batteries and wearable supercapacitors. The material even shows strong potential for use in environmental remediation technologies, smart coating and electrochemical sensors, she says.

They chose hBNs because they are high insulators and have high thermal and chemical stability. “That helps us, if we use it in these devices as an ion-conductor, to increase the performance and lifetime of the solid-state electrolytes or separators of these energy storage systems,” said professor Zarrin. Tests showed that the resulting two-dimensional hBN nanoflake membranes demonstrated outstanding conductivity at different temperatures and humidity levels when compared to just Nafion, and that the “bidirectional” superionic conductivity of the nano-sized sheets of hBN exhibits great potential for high-performance ion-conductors.

Professor Zarrin, a chemical engineer, worked on this project at her lab with former postdoctoral fellow Jasneet Kaur, now a Brock University professor. For some materials testing, they collaborated with colleagues at the Institut National de la Recherche Scientifique, professor Federico Rosei and researcher Gurpreet Selopal.

This research was supported by the Natural Sciences and Engineering Research Council of Canada, Mitacs, and Ryerson University’s Faculty of Engineering and Architectural Science.