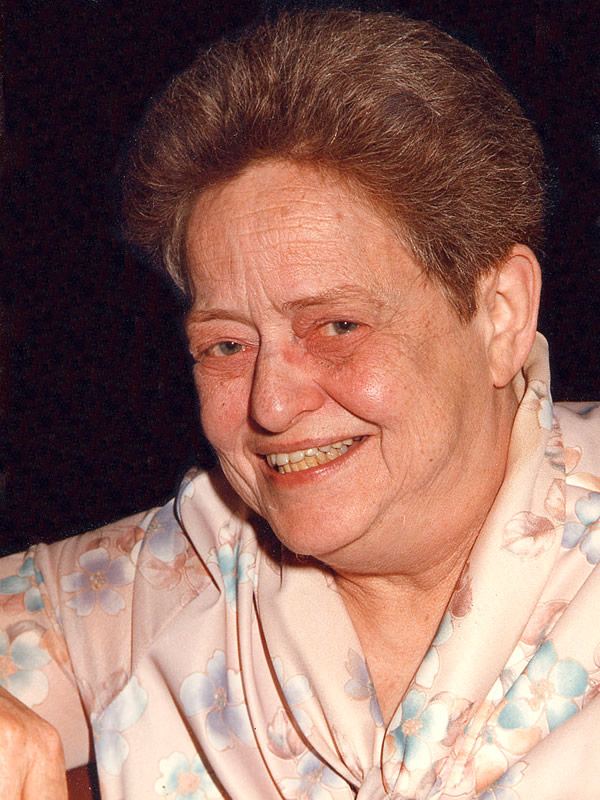 The Phyllis Clarke Memorial Lecture is held annually to honour the memory of Phyllis Clarke, a member of the Department from 1977 until her death in 1988.  The first lectures were held the following year, and have been a regular, and much-anticipated event since that time. From 2009 to 2018, the Phyllis Clarke Memorial Lecture was generously supported by CUPE Local 3904, external link, opens in new window, which represents Contract Lecturers and Graduate Assistants at Ryerson.  CUPE Ontario, external link, opens in new window – and the other CUPE Locals on the Ryerson campus (Locals 233 and 1281) – joined Local 3904 in providing annual support for the Lecture for a three-year period from 2009 to 2012.

A longtime member of the Communist Party she ran (unsuccessfully) for elected office on several occasions. While living in Saskatchewan, she ran in the 1953 federal election in Prince Albert, where she lost to John Diefenbaker, who later became Canada’s 13th Prime Minister. In Toronto in 1962, she ran in the federal constituency of Davenport, losing to Walter Gordon who went on to be Minister of Finance and President of the Privy Council in the Liberal government of Lester Pearson. Also in 1962, she ran for a seat on Toronto's Board of Control. Her obituary in The Toronto Star reports that the Toronto media "expressed surprise" that she received 16,555 votes.

Phyllis served on the Toronto Public Library Board from 1977 until 1984, and as its Chair in 1979-1980. She played an important role in making public libraries more committed to Canadian literature and multicultural/lingual literature. The Toronto Reference Library now holds her papers (The Nelson and Phyllis Clarke fonds) in its Baldwin Room.

Phyllis was active in labour struggles from the 1940s onwards. She was a founding member of the Graduate Assistants’ Association (GAA), which became the Canadian Union of Educational Workers (CUEW) in 1980, and then amalgamated with the Canadian Union of Public Employees (CUPE) in 1995. For the CUEW, she undertook one of the first studies in Canada of the unequal place of women faculty members in Canadian universities. An interest in labour matters apparently ran in her family, for her father was J.L. Cohen, whose 1950 obituary in The Globe and Mail described him as a “dynamic, sharp-witted man who rose from humble beginnings to become the most influential labour lawyer in Canada.”

Phyllis was also active in tenant rights issues, and served for many years on the Board of Parkdale Community Legal Services.

In addition to a Ph.D. – earned in 1977 with a dissertation entitled Application of Marxist Thought to Canada – Phyllis also held a B.A. and an M.A. from the University of Toronto. She co-edited (with William Beeching) Yours in Struggle: Reminiscences of Tim Buck (1977) and (with Carla Cassidy and Wayne Petrozzi) Authority & Influence: Institutions, Issues and Concepts in Canadian Politics (1986). She also authored “West Toronto Citizens Organize” in Citizen Participation in Library Decision-Making: The Toronto Experience, ed. John Marshall (1984).

Phyllis joined the Department of Politics at Ryerson in 1977, and helped define its commitment to intellectual inquiry and social justice. One colleague wrote shortly after her death, "For as long as I have known her, the work that Phyllis did was inseparable from the obsession with a just order, 'Where the free development of each is the condition for the free development of all.'

Another colleague wrote in a memorial tribute in the Socialist Studies Bulletin, that with Phyllis' passing: "Socialism has lost a champion."

Phyllis was predeceased by her husband, Nelson, in 1982. She is survived by her step-daughter Lesley Towers.

(Photos provided by Lesley Towers and used with permission)