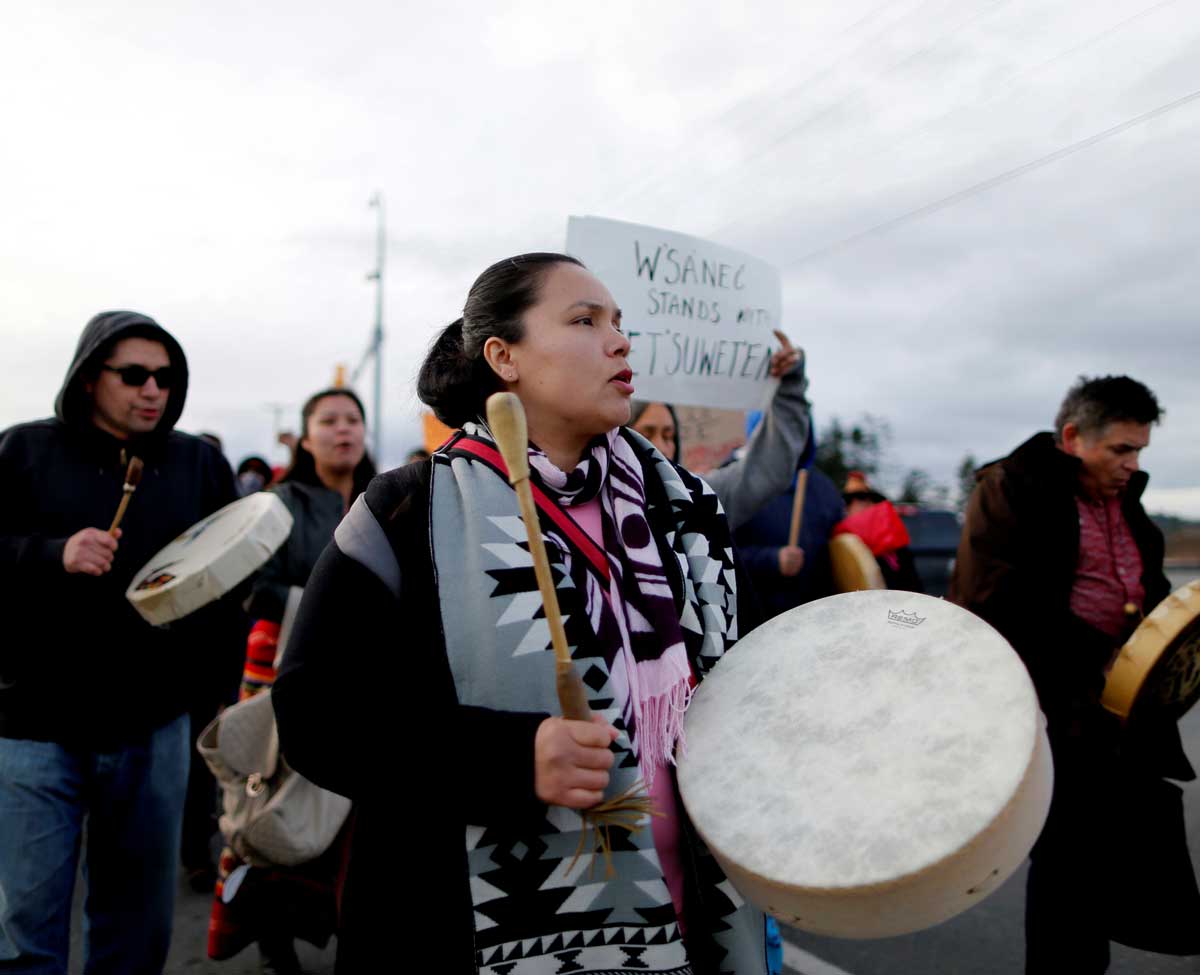 The rise and fall of the now-cancelled Pacific NorthWest Liquefied Natural Gas project (LNG) made headlines in western Canada from the time it first entered the public’s awareness in 2013 until well after its cancellation in 2017 – but what you know about the project could depend on the news publication where you read about it.

A comparative analysis by professional communication professor Sibo Chen about the British Columbia-based project and its opposition demonstrates some of the mainstream media’s blind spots and some of the alternative media’s strengths, particularly when it comes to coverage of topics like energy and the environment.

Professor Chen compared six media outlets: the CBC, the Globe and Mail, the Vancouver Sun, the National Post, the Tyee and Canada’s National Observer. He tracked the narratives told about the LNG project and the protestors’ objections through hundreds of news articles and opinion pieces published over a 36-month period and shared his findings in Frontiers in Communication. He found that often the mainstream media studied – the CBC, Globe, Sun and Post – primarily positioned articles and opinion columns as a jobs versus environment story. In contrast, the alternative media outlets – the Tyee and National Observer – gave more nuanced coverage to the concerns brought forward by the opponents of the project.

In what he described as a “twist,” professor Chen also found that opposing concerns in alternative media sources went beyond worries about environmental impacts. Alternative media sources also rigorously questioned LNG’s projected economic benefits, the environmental risks, as well as its long-term price outlook – points that were not as widely covered by the mainstream outlets. “Mainstream media is still kind of bounded by the jobs versus the environment narrative … They create this kind of forced assumption that jobs will come simply,” said professor Chen. “People should be more cautious when these kinds of projects are marketed through news media in the name of national interest.”

His tracking shows that while in 2014 many of the stories about the projects were placed in business sections, by 2016 and 2017 coverage had shifted to general news. The data he collected demonstrates that while CBC News and the Globe and Mail were more evenly distributed between covering the project from economic, political and environmental perspectives, the papers owned by the media conglomerate Postmedia, including the Vancouver Sun and the National Post, focused the majority of their coverage on economics. Coverage by the independent outlets mostly focused on political issues and on public opinion. The Tyee and National Observer served as vital communication channels to amplify the voices of the project critics who were absent or marginalized from the mainstream media, he found.

Meanwhile, the number of proposed LNG projects in Canada has dropped from about 20 projects to two. Professor Chen says that while the alternative media model is still limited, there is potential that critical stories from independent outlets can help shape the policy-making process and provide an important space for environmental reporting.

“If people want to see a full picture on these kinds of critical issues, like energy and the environment, they should consume alternative media and even consider supporting them for the very important work they do,” said professor Chen.

Critical stories from independent outlets can help shape the policy-making process and provide an important space for environmental reporting.

This research was supported by the Social Sciences and Humanities Research Council of Canada.