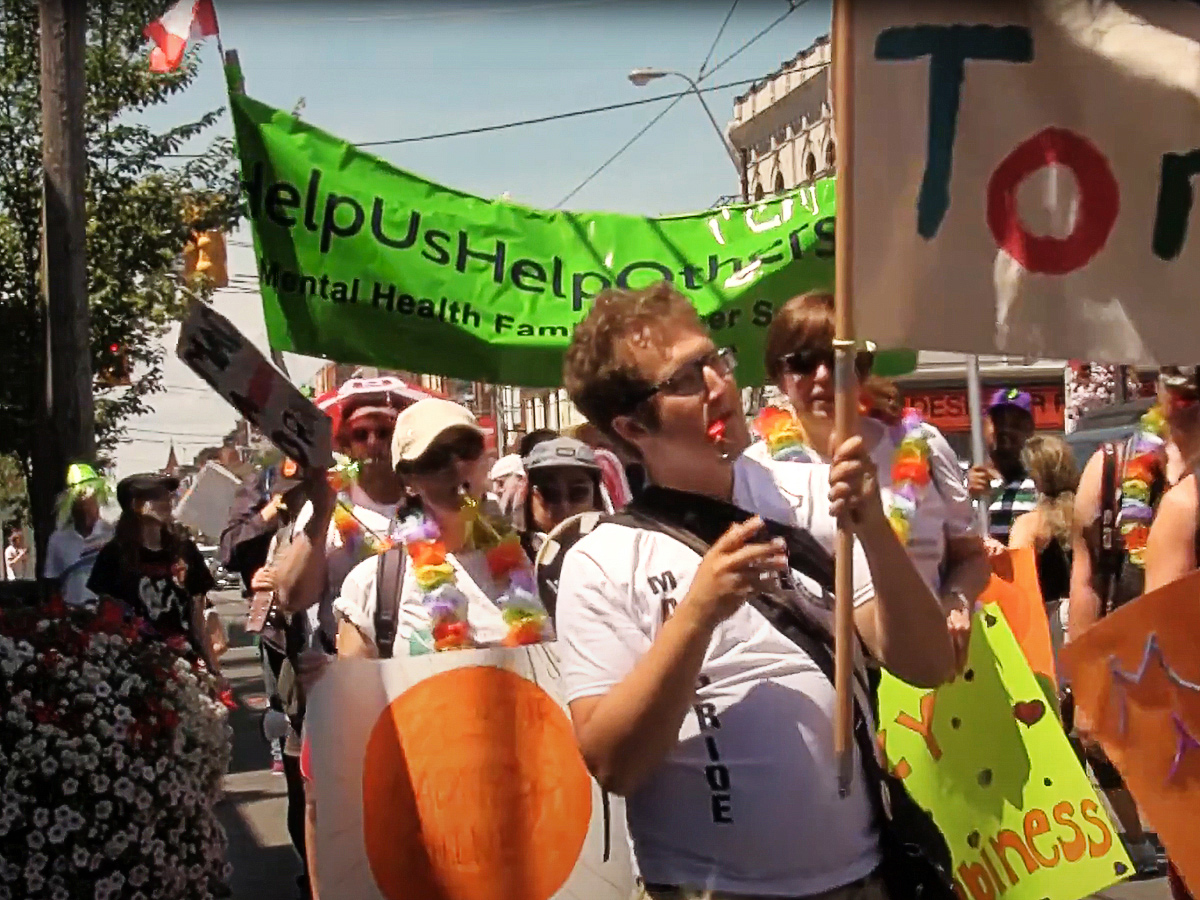 Over 18 months, participants in the RADAR project created 25 videos that included news reports and short documentaries. Image taken from the video Celebrating Mad Pride in Toronto by Luis De Estores.

What effect can a news report have on its audience? Despite decades of debate, this question remains notoriously difficult to answer. Yet there’s growing evidence that our perception of one particular aspect of human health can be seriously impacted by the way it’s represented in the news: mental illness.

Ryerson University journalism professor Gavin Adamson has a longstanding interest in this subject. Through his research, teaching and contributions to news reporting guidelines, he has sought to uncover and highlight the ways in which media outlets can impact viewers, both positively and negatively.

He argues that, despite some recent change, there are still problems with news media representations of mental illness. According to professor Adamson, one area that has seen improvement is suicide coverage, with media outlets adjusting their reporting in light of an accumulation of research that shows how news stories can affect a person’s decision to take their own life.

“We all have a stake in how this topic is described by our news media,” he said. “If what we see in the mirror is that mental illness is considered as something shameful, or it’s shrouded in poor representation, criminality and violence, then people living with these kinds of conditions are afraid to show that they might be living with them and are afraid to seek help.”

To investigate the issue of mental illness representation in the news, professor Adamson was recently a co-principal investigator in a project called RADAR, external link, opens in new window, which was led by McGill University psychiatry professor Rob Whitley. The study aimed to find out what news stories about mental illness would be like if they were told by people living with the conditions in question.

Over 18 months, RADAR participants created 25 videos. These ranged from news reports about Toronto’s Mad Pride event to short documentaries about the participants’ own experiences. The films were screened at 49 locations across Canada to a total of 1,542 people.

Professor Adamson says that these results, which were published in the Journal of Mental Health, external link, opens in new window, highlight a tendency for news media to focus on negative issues related to mental illness. He explains that this is partly because topics like crime have always been a major part of news coverage.

“I think newsrooms really struggle with the balance to strike,” he said. “They know they have to cover what’s happening down the street where the police tape is, and sometimes there’s not an obvious hook on rehabilitation, treatment or recovery stories.”

Another explanation of these findings is that newsrooms don’t have a complete understanding of audience interests. In an earlier research, external link, opens in new window project, professor Adamson showed that positive stories about mental illness and mental health were actually more likely to be shared on social media than negative ones. He says his latest results could therefore be a reflection of a media “blind spot,” but this could be addressed by outlets recruiting more people with experience of the issues they’re covering.

Further results on the RADAR project were published in BMC Psychiatry, external link, opens in new window and the Psychiatric Rehabilitation Journal, external link, opens in new window. Audience members at the video screenings said they felt the content was engaging, relatable, informative and that it changed their views on mental illness. Overwhelmingly, the participants had very positive experiences. They learned new skills, developed and deepened relationships, and were able to tell their own stories. Together, these findings suggest that citizen journalism has the power to reduce stigma surrounding mental illness and mental health, and to highlight positive experiences.

“Everybody has these experiences and they just aren’t reflected as widely in the news media as they could be,” said professor Adamson.

As part of his work to support journalists, professor Adamson was among the authors of the Canadian Psychiatric Association’s latest set of media guidelines for reporting on suicide, external link, opens in new window. Within Ryerson’s School of Journalism, his advocacy has ensured that all students receive a copy of the Mindset guide, which provides journalists and news organizations with advice on mental illness coverage.

Support for this research was provided by the Canadian Institutes of Health Research.

Securing the foundation to overcome PTSD