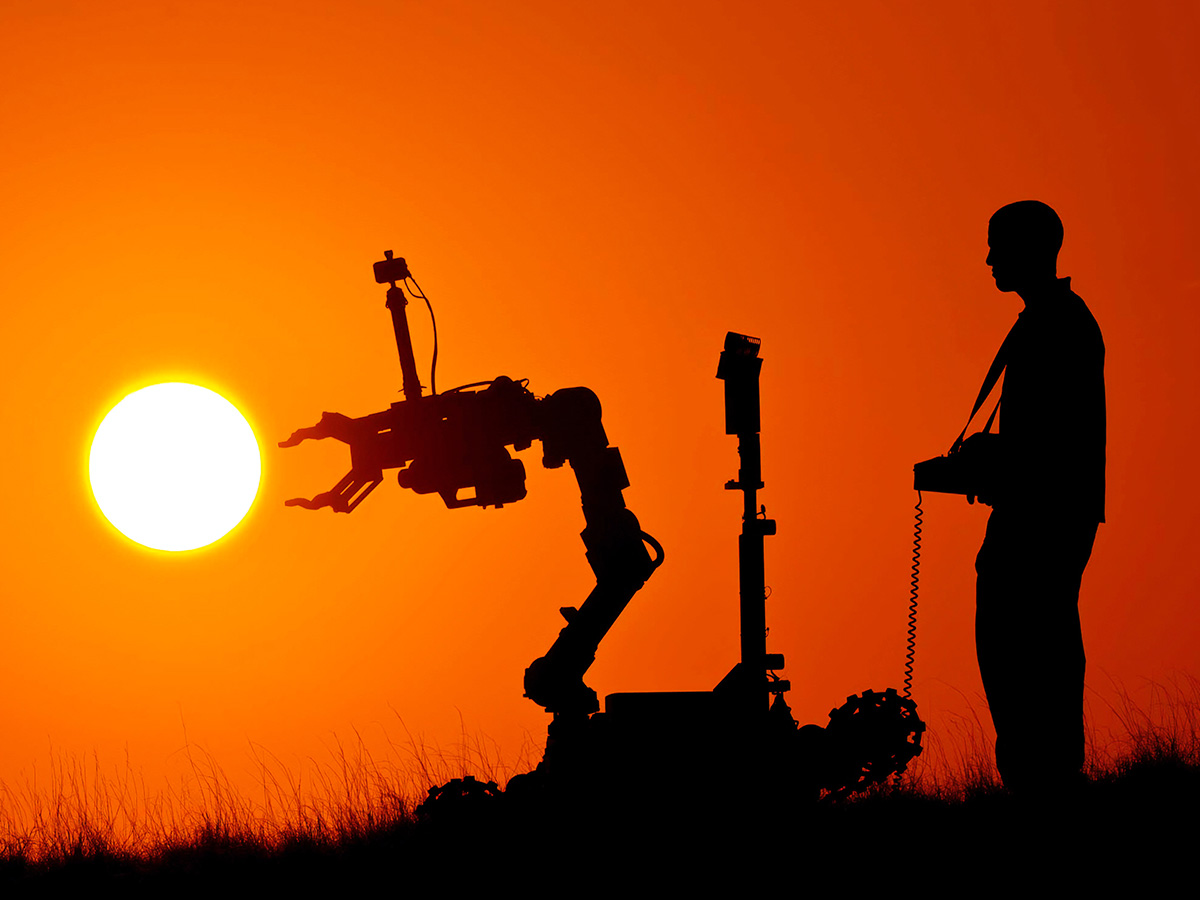 In the 20 years that aerospace engineering professor Guangjun Liu has been at Ryerson, the field of robotics has seen significant progress. Yet in this time, professor Liu maintains that the central elements of the discipline have remained the same.

“The core of robotics consists of two things,” he said. “One is the robotic arm, the other one is the mobile platform.”

Since founding the Systems and Control Laboratory in 1999, professor Liu has published his research in more than 200 journal articles and conference papers. His focus has largely been on the robotic arm, for activities both in space and on the ground. This includes his role in the cross-Canada development of the Kapvic microRover for the Canadian Space Agency.

“My goal is to try to make a robotic arm to be closer to a human arm, so it can do very precise work and can adapt to different environments,” he said.

Most recently, professor Liu worked with PhD candidate Rabindra Gangapersaud and fellow Ryerson aerospace engineering professor Anton de Ruiter on the development of methodology to “detumble” a malfunctioning satellite using a robot arm on another spacecraft. Their work, which was published in the Journal of Guidance Control and Dynamics, grappled with the problem of interacting with an object in space when you don’t have accurate information about it, such as its mass.

“You’re playing basketball and, because you know roughly how heavy the ball is, you can consistently catch it,” he said. “But if I throw you a metal basketball, you will have difficulty catching it because your prediction is not correct. I was fascinated by this concept.”

Whether a robotic arm is being designed to work in zero gravity or here on Earth, researchers find that there are actions which are simple for humans but very difficult for machines. Among these is the act of opening a door. According to professor Liu, this remains a challenging task for robots because they must both control and follow the door in order to avoid excessive forces that could cause damage to the robot or the door.

“When you go to open a door, your arm follows the door, not the other way around,” he said. “The robot wants to dominate, but the door may not be perfectly aligned or vertical, so the robot may simply fight with the door.”

Professor Liu believes the answer to this is multiple-mode control, where the robot can seamlessly switch its joints between active and passive states. He has experimented with sensors built into the arm to see if these can allow the robot to autonomously relax its joints.

“It worked perfectly, so there was no more fighting and no more increases of internal forces,” he said.

While professor Liu says that teaching theory to students in his lab is important, he believes that it is also vital to encourage the development of practical applications of robots. For a robotic arm, this can include opening or closing valves in power plants, collecting rock samples on space missions and performing industrial tasks in factories.

“My research style is to combine theory with practice, keeping the application in mind all the time,” he said. “If we can do one of the typical applications well, then we may get some novel theory out of it.”

As humans and robots come into more regular contact and work side by side, professor Liu says it will be important to include safety features in a machine’s design. He has investigated how engineering solutions, such as the integration of a spring into joints, could help to constrain a robot to its task-specific workspace. And his lab is also exploring robot health-monitoring systems that let the machine know its parts are wearing out.