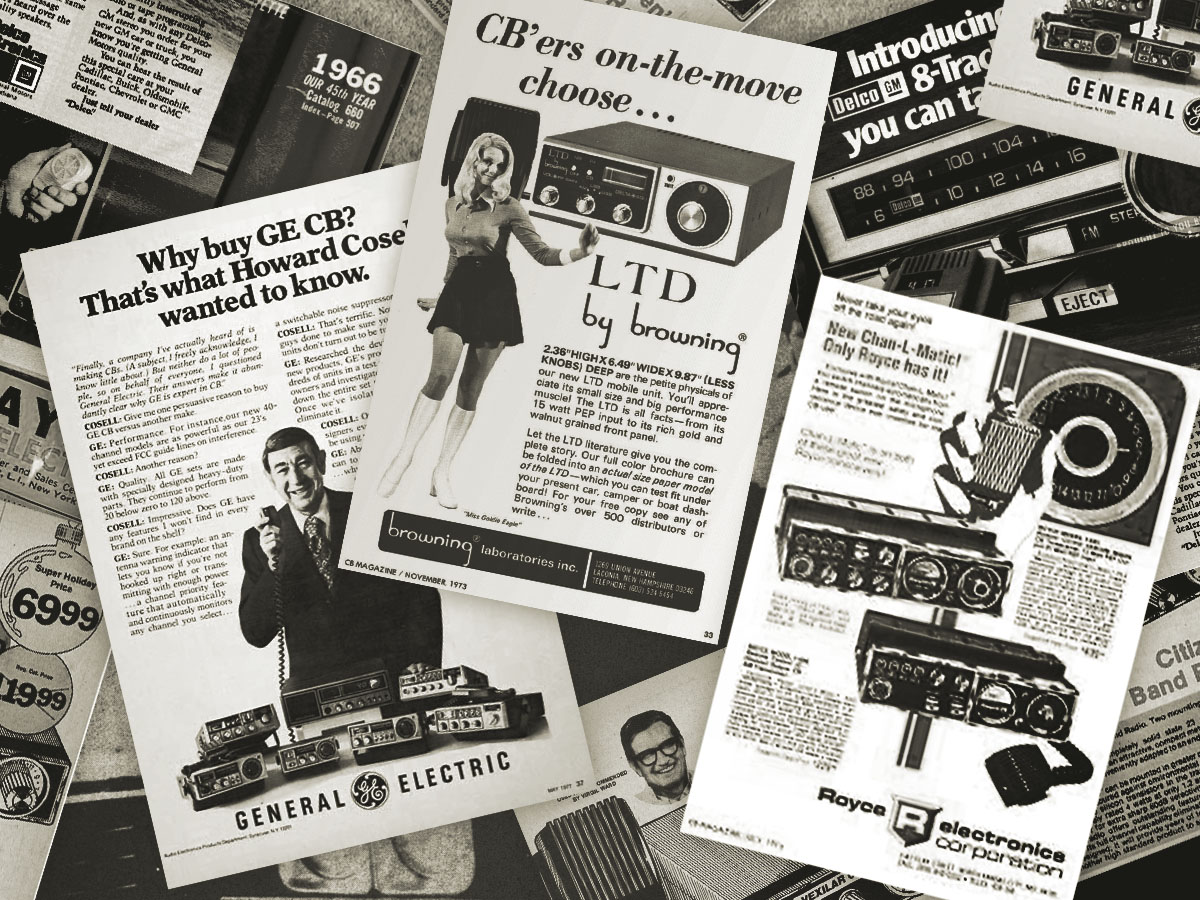 At the heart of professor Art Blake’s recent research was an exploration of citizens band (CB) radio, a communications technology launched in the United States in 1948 which steadily grew in popularity over the next two decades.

Professor Art Blake of the Department of History has been researching our relationship with new media over the past 75 years to reveal how individuals use technology to make themselves heard. The work was published in his book Radio, Race, and Audible Difference in Post-1945 America: The Citizens Band and focuses on cultural changes in the United States since the end of the Second World War.

At the heart of this research is an exploration of citizens band (CB) radio, a communications technology launched in the United States in 1948 which steadily grew in popularity over the next two decades. CB radio allowed members of the public to communicate with each other over short distances on a section of the radio spectrum that had been set aside for citizens’ use by the government.

“In a period when cellphones had barely been imagined, this was an extraordinary resource for people,” said professor Blake.

The technology’s peak was in the 1970s, when cars had become ubiquitous across America. Professor Blake explains that these two technologies provided a unique environment in which people, particularly white men in that era, could travel anywhere in public within their own private automobile, communicating with others nearby.

“Human interaction with cars by the 1970s was both a practical and an emotional, cultural relationship,” he said.

Truckers used CB radio to share information about traffic and police presence, and also used the medium to coordinate demonstrations during the 1970s oil crisis. The technology led to the creation of a new coded vocabulary, as users adopted terms that showed insiders they were part of the community and cut others out.

“One of the things that defined CB radio, and which was part of the popular fascination with it, was that it involved being proficient in a new language,” said professor Blake.

Professor Blake’s research also revealed a surprising hidden history of CB radio in an era of heated racial politics. Black Americans began to use the technology for a variety of different purposes, creating their own new slang along the way. Professor Blake found evidence of these users broadcasting methods of self-defence against white violence and recording bouts of competitive speech similar to the old spoken-word game “the dozens,” long established in African American culture, which contributed to the development of rap music.

“These were two worlds that existed basically side by side, but with no contact with each other, which was very representative of the racial tensions at play in the 1970s,” said professor Blake.

Professor Blake’s book also explores the impact of the first gay and lesbian radio show, which existed alongside the absence of queer characters and voices elsewhere in the media.

“That was a really significant moment in the step towards deploying one of the most popular and widely used broadcast technologies at the time to disseminate gay news, gay stories through gay voices,” said professor Blake.

By the 1980s, community cable television began to offer new opportunities. Because communications technologies were quickly commercialized, professor Blake says, people seized the chance to broadcast their ideas and identities to others in a way that was mirrored by the advent of the internet.

In recent years, media such as podcasts have grown in popularity, and professor Blake says there are signs that audio technology will remain a feature of other new innovations. He asserts that humans are acutely aware of audible difference and their vocal identities.

“If you’re listening to somebody on the radio or on a podcast, it’s like their mouth is right by your ear,” said professor Blake. “It’s a very physical, intimate form of communication.”

From experimentation and freedom, to exclusion and commercialization, professor Blake suggests that many of the historical trends highlighted in his work will persist in the future of new media.

“That human-technology interface is getting more and more closely enmeshed, but it starts back at the beginning of the 20th century,” he said.

This research was supported by the Social Sciences and Humanities Research Council of Canada (SSHRC) and the John W. Kluge Center at the Library of Congress, Washington, D.C.