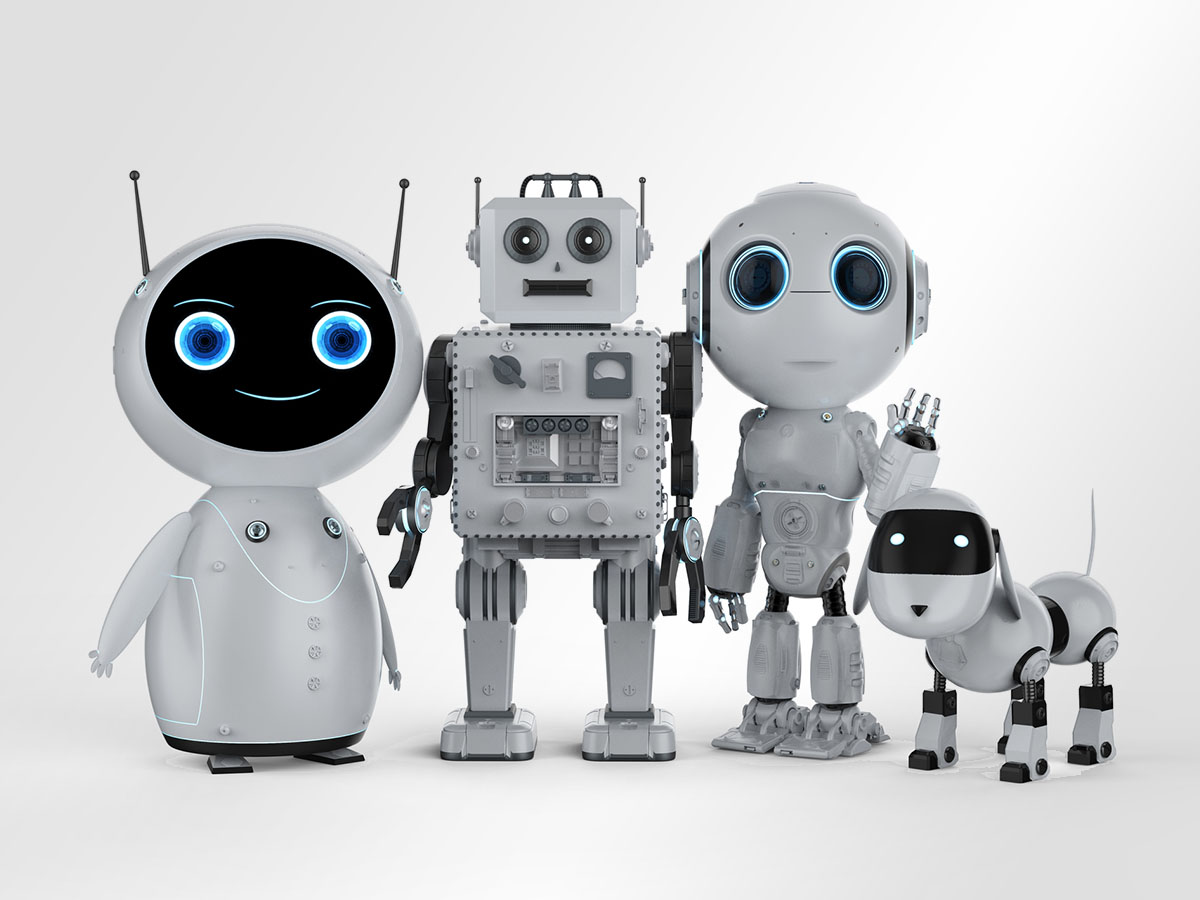 For decades, science fiction writers and filmmakers have been imagining a future in which humans are assisted in their lives by robot sidekicks. Now, as developments in artificial intelligence (AI) accelerate, researchers are exploring the question of what we really want from such digital companions.

Ryerson PhD candidate Lauren Dwyer has been working in this field since 2015, with a particular interest in human-robot communication. As part of research for her Professional Communication master’s degree, Dwyer evaluated three commercially available devices and created a communications model for a socially assistive robot for people with anxiety and depression.

The results of this work suggested that effective robot companions may not need to be able to communicate with words. One of the most important elements of therapy and companionship is showing empathy, says Dwyer, whose analysis revealed this could potentially be achieved through responses like beeps, vibrations, movements or flashes.

“I’m applying user-centred design, specifically based on emotions and mirroring and making sure that when you talk to this robot, what you get back is empathetic,” she said. “That doesn’t necessarily mean it’s going to speak in words. A lot of communication isn’t verbal, words can be misinterpreted and language barriers exist.”

Dwyer’s work, which she presented at the Canadian Communication Association Annual Conference, laid the foundations for her PhD project. This research will see her develop a blueprint for all aspects of a socially assistive robot. Her work so far has suggested a small, portable device that could be carried would be ideal, but she says it’s important to be open to all possibilities. The inclusion of facial recognition technology or heartbeat sensors are also potential options.

With an undergraduate degree in psychology, Dwyer wants to incorporate the proven aspects of mental health treatment into her designs and create a companion that will complement, and not replace, a person’s existing treatment schedule. This is needed, according to Dwyer, because wait times for therapists are long and there is limited insurance to cover treatment in countries such as Canada.

“If you have an affordable, accessible option that can in some way embody the practices that the therapist brings to you, and this can go with you until your next therapy session, even if it’s just a physical reminder of what happened in therapy, then it bridges that gap,” she said.

As part of her user-centric approach, Dwyer will interview people with lived experiences of anxiety and depression, and talk to health-care professionals and AI experts. She will also run focus groups and public workshops. This will allow for the design of a robot that can be personalized and account for people’s perceptions of robots.

“If we look at it from the perspective of how we want to be communicated to, and then how we design from there, as opposed to starting in the back end, we can end up with a totally different experience,” she said.

The study will be informed by Dwyer’s experience of working as a research assistant on several other robotics projects led by Professional Communication professor Frauke Zeller. Dwyer says this work has shown her that robot designers must be sensitive to current human perceptions of robots, which are influenced by the presentation of AI in popular culture, as well as its communication style. Yet the benefits of having socially assistive robots in our lives could be significant.

Lauren Dwyer’s PhD is supported by an Ontario Graduate Scholarship, a Ted Rogers Scholarship and a Ryerson Graduate Development Award.