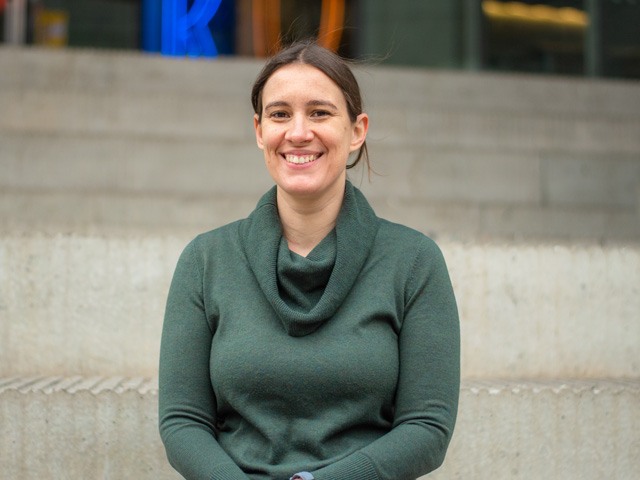 Mojca Mattiazzi Usaj is an expert in high-content screening, an imaging technology that allows for the analysis of vast quantities of data at the cellular level, with potential applications in many research areas, including biomedical applications.

Describe your research in a nutshell?
My specialty is high-content screening. This technology combines high-throughput microscopy and computational image analysis, and allows us to image tens of thousands of samples and analyze the phenotype of millions of single cells. As one example, I have applied this approach to identify all genes that affect a particular cellular process, or to assign a function to poorly characterized genes.

While analyzing the phenotype of millions of cells, I became interested in phenotypic heterogeneity, which will be the focus of my future research. Basically, that’s a phenomenon where certain cells have the same genotype and are grown in the same environment, but don't always look or behave the same. My goal is to understand the causes and consequences of phenotypic heterogeneity, which is very common in, for example, microbial cultures and in individual tissue cells.

What are some potential applications?
Phenotypic heterogeneity may have important implications in two fields, for example. First, in genetic disorders, which don’t always manifest at the cellular level in the same way in all affected individuals, and can lead to different symptoms or disease outcomes.

The other application is drug treatments, which often fail because a small group of targeted cells evades treatment, such as in antibiotic resistance or cancer cells surviving therapy. By understanding the causes and consequences of phenotypic heterogeneity, I hope to better understand the onset and progression of some genetic disorders, and help us design more efficient treatment strategies.

What attracts you to Ryerson and Toronto?
I moved to Toronto for a postdoctoral position at the University of Toronto, and continued there as a Research Associate. Due to the nature of my research, I have been involved in many interdisciplinary collaborations, including cell biology, genetics, bioinformatics/computational biology, mathematics/statistics and engineering. I now have a network of amazing collaborators and colleagues in the city, and also look forward to expanding collaborations with my new colleagues at Ryerson.

Would your younger self be surprised at where you’re at today?
I’ve always been interested in the natural sciences, so my younger self probably wouldn’t be surprised by my career path. I might be more shocked that I’m living in a huge metropolitan city, as the population of my entire home country is even lower than Toronto’s.

What do you enjoy doing outside of work?
Away from the lab, I like spending time with my family, hiking and climbing, travelling, and reading about all sorts of random things.

Your best bits of advice?