Maximizing community solar potential — all through an app 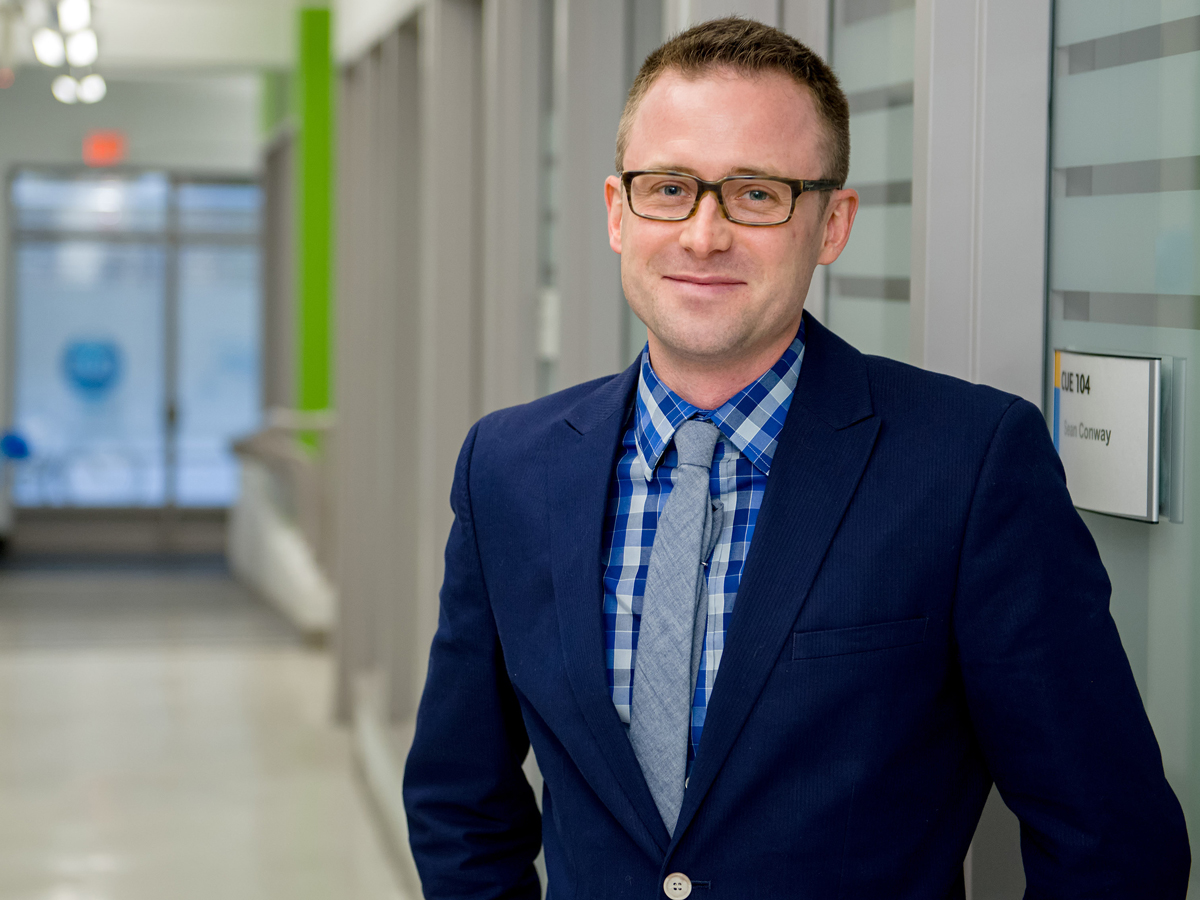 Q: What is Distributed Resources?
A: Distributed Resources is a company that I’ve been working on at Ryerson for a couple of years. The objective is to develop software for the modelling and analysis of net-metered solar systems in Ontario. A particular focus is how community and net-metering arrangements can alleviate some of the problems associated with wealthy homeowners being able to buy a solar system and avoid some of the cost of maintaining their electrical service, while lower-income customers would be burdened with the cost of maintaining the grid. I recently won a RECODE Student Award to build this product with a particular emphasis on community net-metering. RECODE at Ryerson is an initiative to grow a social innovation ecosystem in key areas including sustainability.

Q: How long have you been involved with iCUE?
A: I first started talking to iCUE in 2012, and the projects I’ve been working on at iCUE have pivoted at least twice. I was first interested in combined heat and power, and how that could be used in a local neighbourhood of surrounding buildings. I then pivoted to more distributed electrical resources, and finally this software product focused on community net-metering.

Q: How has iCUE helped your business grow?
A: I think I would highlight the connections in the industry and the people that iCUE can attract; not only within our offices, but at our events and who iCUE can introduce you to. It’s a big and powerful rolodex of people in the industry. I should mention that Dr. Phil Walsh has been an amazing professor and mentor, and he’s connected me with lots of people and opportunities and given great advice over the years. I was in the DMZ for a year or so, and to contrast the DMZ and iCUE: iCUE has more of an engineering slant and more industry specific connections, while DMZ was much more practical business type considerations. These differences probably stem from the industries they are associated with, the timescales we are dealing with in apps, and the web economy and software. It is very different from the decades and decades of the electric grid.

Q: Who is your target market?
A: At the moment I intend our first customers to be solar developers, but then regarding the community aspect, groups that could help to deploy these community projects. They might not just be solar developers but could also be non-profits, municipalities, and other groups that could be formed by building co-ops or other organizations that can help establish this product in the community.

Q: What is the end goal for the user?
A: It is to communicate the opportunity available for that consumer or group as quickly, accurately and easily as possible.

Q: What are your future plans for the app?
A: Step one is build the product. Ontario’s solar industry is changing very fast, so it would be a challenge to keep pace with policy changes and net-metering just in Ontario with its climate change goals and institutions. Hopefully we can keep pace and highlight some of the opportunities that would be available in the near future for people, and prepare them for those opportunities.

Jonathan Nikodem is a fourth-year Environment and Urban Sustainability student at Ryerson University.

"I think I would highlight the connections in the industry and the people that iCUE can attract; not only within our offices, but at our events and who iCUE can introduce you to. It’s a big and powerful rolodex of people in the industry."