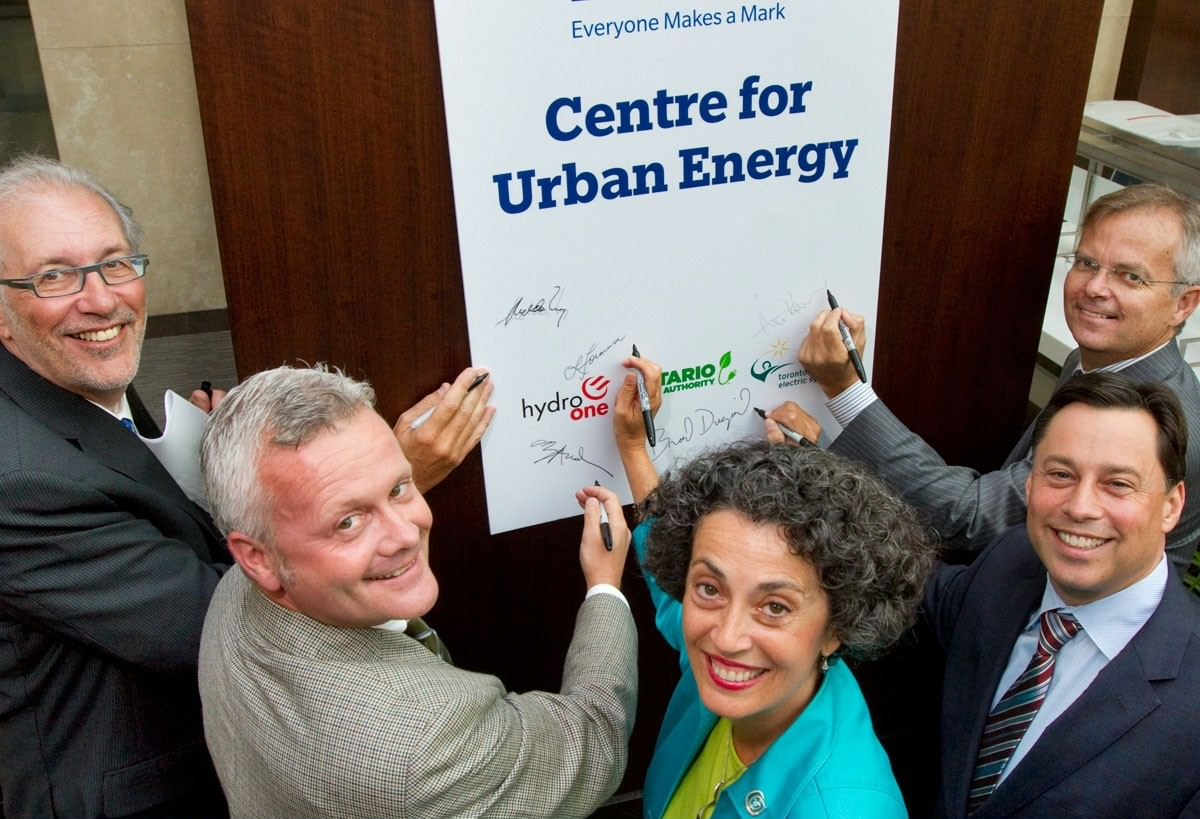 On Sept. 1, 2010, Toronto Metropolitan (Formerly Ryerson) University president Sheldon Levy announced the creation of the Centre for Urban Energy (CUE). The administration's intention was to provide "a unique research and technology demonstration centre devoted to the discovery and commercialization of innovative, practical solutions to urban energy issues."

The creation of CUE was supported by $7 million in funds from its principal sponsors: Toronto Hydro, Hydro One, and the Ontario Power Authority (now part of the Independent Electricity System Operator). Hydro One and Toronto Hydro each committed $2.5 million over five years, while the Ontario Power Authority pledged to provide up to $2 million during that same period.

"The Centre for Urban Energy will directly address energy and environmental issues that affect every one of us, every day," said Levy.