Emily van der Meulen is a Professor in the Department of Criminology. She received her PhD in Women’s Studies from York University in 2009 and subsequently held postdoctoral fellowships with the Center for Research on Inner City Health at St. Michael’s Hospital and the Comparative Program on Health and Society, Munk School of Global Affairs, University of Toronto. She joined the Department in 2011.

Her areas of expertise include feminist and critical criminology, community-based and participatory methodologies, gendered surveillance studies, prison health and harm reduction, and the criminalization and stigmatization of sex work.

Some of her past projects include a study examining diverse women’s experiences with CCTV surveillance (funded by SSHRC) and a multi-phase undertaking on PDF fileprison-based needle and syringe programs to reduce HIV and HCV in federal prisons (with the HIV Legal Network and PASAN, funded by OHTN, CIHR, and Ryerson). She also recently supported a needs assessment on PDF fileAsian migrant sex workers’ access to health and social services in Toronto (with Butterfly, funded by the City of Toronto) as well as an evaluation of the PDF fileGood Samaritan Drug Overdose Act, which offers some legal protections for people who call 911 to report an overdose (with the HIV Legal Network, funded by the Law Foundation of Ontario).

Among her current research projects is a study on the ways in which anti-trafficking policy is made and shaped through narratives of white saviourhood and fantasises of ‘rescue’ (funded by SSHRC), and another that traces how biometric technologies can reinforce existing embodied inequities, especially with regard to race, gender, and disability (with Robert Heynen, funded by SSHRC).

She is also (co-)editor of six books:

She received Ryerson's Faculty of Arts Scholarly, Research, and Creative Activity Award in 2013, and again in 2019. 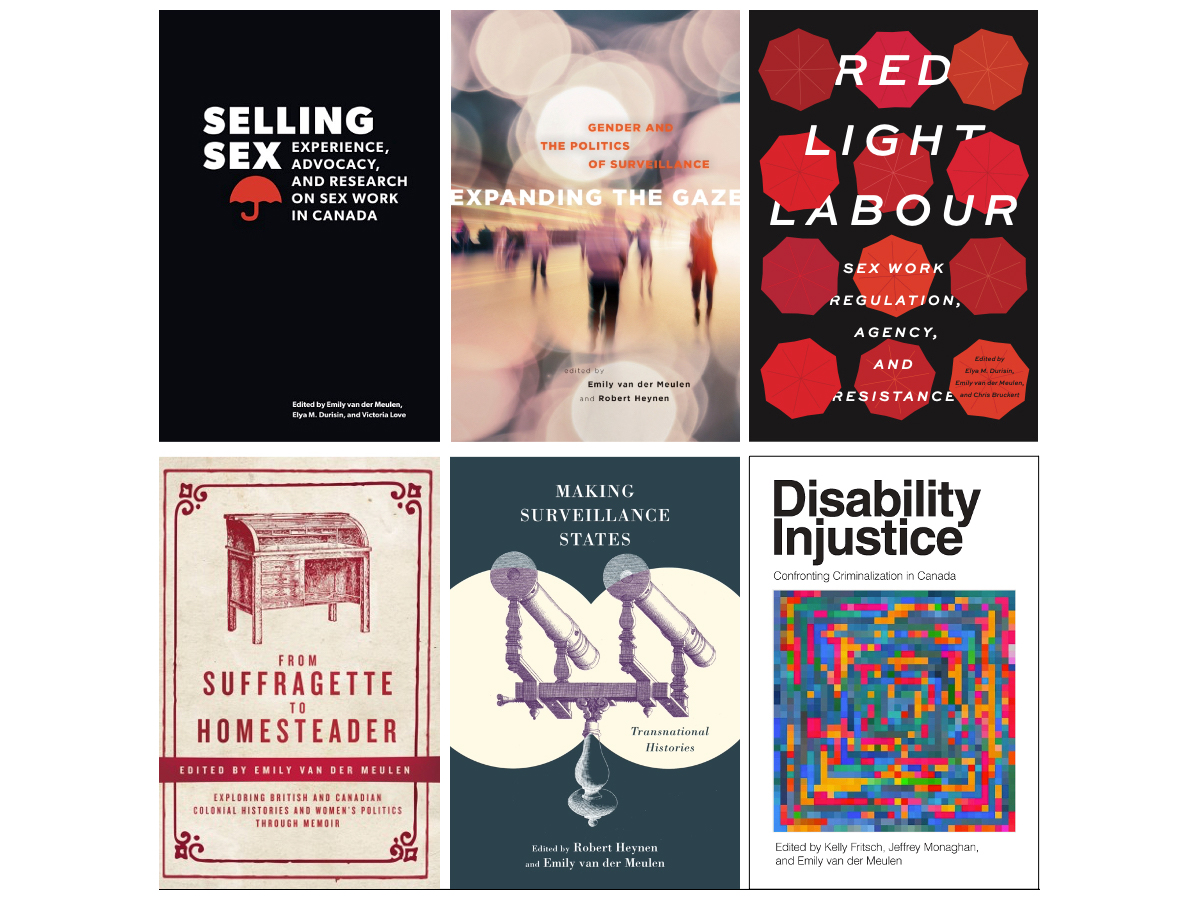