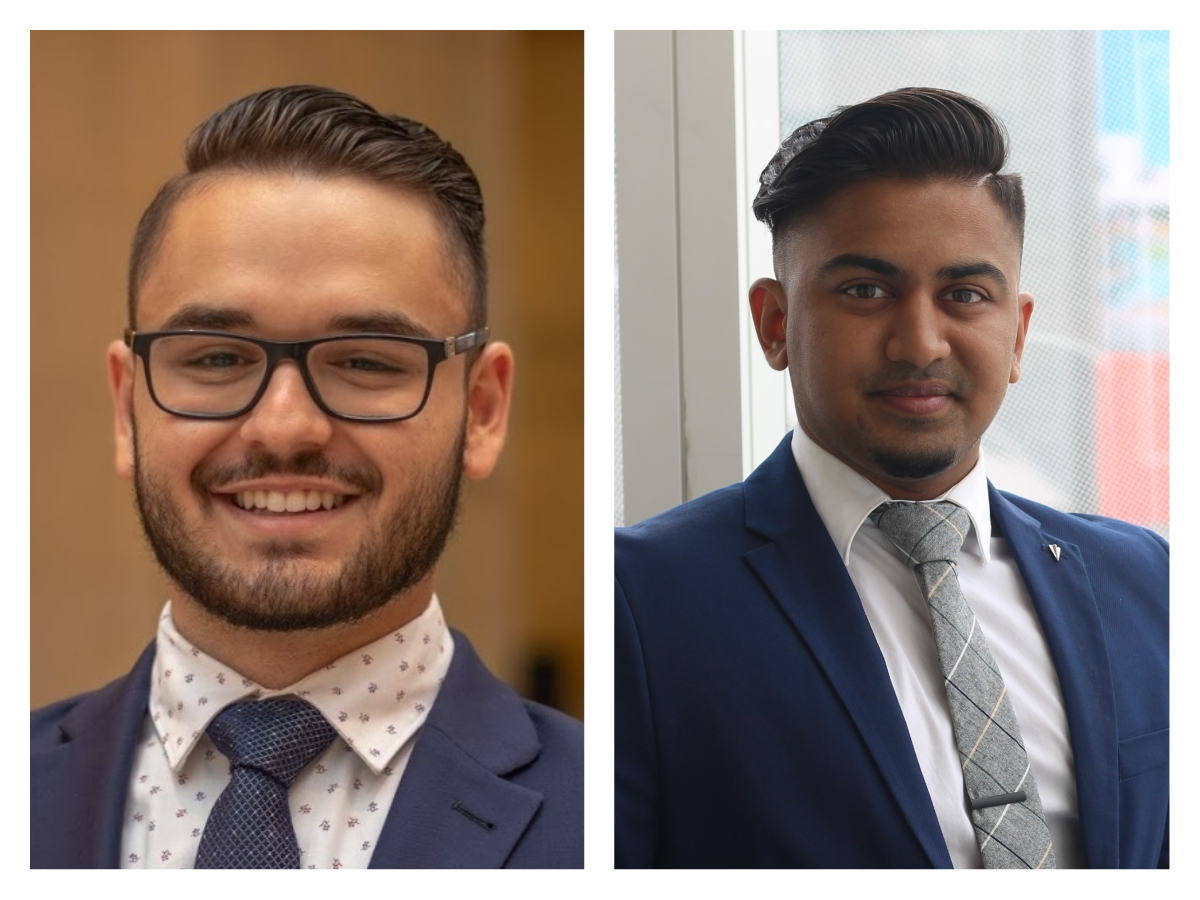 Rombos decided to enrol in the Ted Rogers Co-op program because he had heard that being a co-op student is very valuable and gives you an edge when looking for full-time employment after graduation. He saw that the Ted Rogers School really emphasized learning outside of the classroom, and he was determined to land a position at Deloitte. The co-op program helped him achieve that goal as Rombos did all of his work terms at Deloitte as a Tax Analyst in their Business Tax service line.

He wanted to give back to the program that has given him so much by volunteering to help new co-op students.

“It is very fulfilling being able to give back to the Ted Rogers Co-op program by volunteering my time to help guide future co-op students that are coming through the program,” Rombos explains. “I am incredibly happy that my contributions to the program were recognized and appreciated.”

“To me, winning the Herman Schneider Memorial Award means that I have achieved a level of excellence and have given back to the co-op program that gave me the tools to achieve my goals,” he says. “I feel like this award perfectly encapsulates the legacy I wanted to leave after my time as a Ted Rogers School student.”

Patel was interested in the Ted Rogers Co-op program because he wanted to expand his professional background. Throughout his time in the program, he was able to gain valuable experience during his work terms at the Ontario Ministry of Government and Consumer Services, Talented Business Inc., Lactalis Canada and Boston Consulting Group.

He says that leadership has always been the most important pillar in his life, which is why he wanted to give back to help other co-op students.

“Over the past two years, I have supported the Ted Rogers Co-op office’s initiatives and information sessions, hoping to give back to the cohort of leaders succeeding me,” Patel explains. “I know how important it is to have encouragement from someone who can level with you, and I felt that my position as a student at the Ted Rogers School gave me an opportunity to instill confidence in my peers and schoolmates.”

Patel says that he is both honoured and flattered to win this year’s Ted Rogers Co-op Impact Award, and points out that leadership is something that he does without an underlying desire for credit or recognition.

“Making an impact with the students of the Ted Rogers School, with my employers and with the Ted Rogers Co-op office is a goal that I’ve set for myself for nothing more than personal fulfillment,” he explains. “For me, the desire to give back doesn’t stop with this award, and I hope I can continue to make this impact not only inside the co-op program, but outside of it as well.”