Paying it forward to the next generation of travel leaders 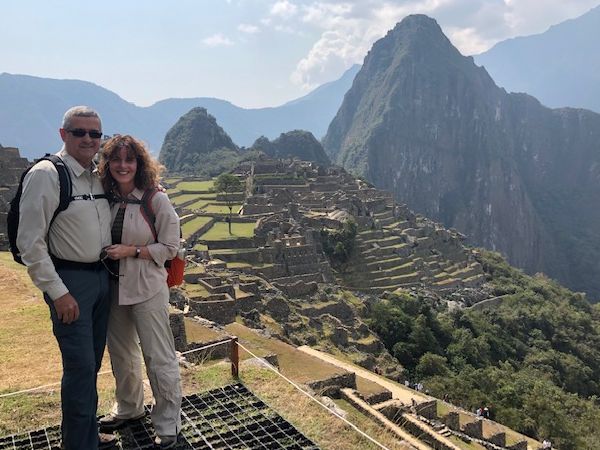 When long-time hospitality and tourism executive Terry Manion planned on retiring, his wife could think of no better tribute than creating an award in his honour to support future industry leaders.

With extensive experience in the incentive travel industry, Manion has been a guest speaker for the HTT605 - Business Aspects of Incentive Travel course since 2009.

“I was introduced to the Incentive Travel course through industry colleague and friend Duff Shaw (incentive travel leader and former Ted Rogers School Instructor), and spoke to classes regularly in my position as co-owner of Meridican Travel Inc.,” Manion explains. “That involvement grew over the years, and I developed a great relationship with Instructor Judy Healy and continued to speak in her classes.”

“Duff and Judy understood the theory behind creating a strong incentive travel program that assists clients drive their business and recognize their teams,” he adds. “Their day-to-day understanding of the business, however, was what set this course apart from some other schools. The graduates left with proper expectations of hard work and a balanced outlook.”

Manion has been so impressed with Ted Rogers School of Management graduates that he has hired several of them at his company.

“Approximately one-third of Meridican staff were hired directly out of this course upon graduation,” he says. “I am proud to say that these hires were some of the best decisions we made over our 25 years of operating Meridican, before selling the company in 2019. Duff and Judy created graduates who understood the business, and with some early support grew into industry experts.”

When Manion decided to retire earlier this year, his wife Tracey wanted to recognize his never-ending passion and generosity for higher education, and specifically incentive travel. She chose to do this by creating a Ted Rogers School scholarship in his name, and surprising him with it at his virtual “Rewirement Party.”

“Coming up with the idea to name a scholarship after Terry was very easy,” says Mrs. Manion. “He’s not someone who wants expensive gifts, and he is truly one of the most selfless people I’ve ever known. Thinking about how we’ve given back to various organizations on behalf of our family during the holidays, a donation to Ryerson’s program was natural.”

When Mrs. Manion announced the scholarship during the Zoom event, she says that her husband was speechless and teary-eyed.

“Those who were on that call when I was told about the award naming could instantly see and hear how much it meant to me,” Manion explains. “My support of Ryerson/Ted Rogers School was never in expectation of anything like this. Meridican benefitted as much if not more than any of the students we spoke to. To be honoured in such a way was simply icing on the cake.”

Manion was so touched by this gift that he increased his family’s commitment to $50,000 for the Terry Manion Scholarship for Incentive Travel. This endowed scholarship will provide funding to a Ted Rogers School student enrolled in Business Management or Hospitality and Tourism Management who is focused on incentive travel in their curriculum.

“It was important to us that the scholarship had a legacy, and thus growing the initial amount to a level where a lasting endowment could be put in place was important,” says Manion. “Everything myself, my business partner and my family have is in great part due to the success of Meridican and the incentive travel industry. The Ryerson graduates were, and continue to be, a big part of that industry and supporting the school long-term made sense.”

"The story behind the Terry Manion Scholarship for Incentive Travel celebrates the success of the Ted Rogers School,” says Dr. Al Goss, Associate Dean, Students. “It acknowledges our deep connection to business and community leaders across a wide range of industries, and celebrates how industry-ready our students are upon graduation. This scholarship also speaks to the lasting impression of a Ted Rogers School degree, and for this we are grateful."

The first Terry Manion Scholarship for Incentive Travel award will be presented in Fall 2021. “We are both very excited to learn of the result of the offering, and we know it will be awarded to an excellent candidate in the coming school year and for many more years to come,” says Mrs. Manion.