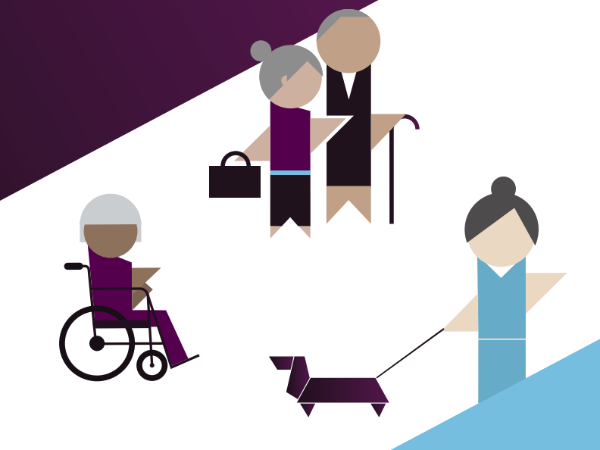 Today, on the UN International Day of Older Persons, The Slaight Family Foundation has announced a $1 million donation to the National Institute on Ageing (NIA) at Ryerson University. This generous donation is a part of The Slaight Family Foundation Seniors Initiative, a $30 million philanthropic investment to help seniors age in their homes and communities for as long as possible. The funding includes $15 million gift announced in June for the Allan Slaight Seniors Fund at the United Way Greater Toronto and $15 million announced today to 13 Toronto hospitals and four national organizations.

“This inspiring gift will transform the health and wellbeing of seniors in Canada across multiple points of contact," said Mohamed Lachemi, President and Vice-Chancellor, Ryerson University. "The Slaight Policy Series at Ryerson’s National Institute on Ageing will generate practical policy solutions for this vulnerable and growing population.”

This funding will allow the NIA to develop the “Slaight Policy Series on Ageing” over the next five years. The Slaight Policy Series will consist of public facing reports and educational initiatives that delve into the obstacles preventing Canadians from ageing in the place of their choice, that identify opportunities to help more seniors remain in their communities, and that offer guidance to governments, the healthcare sector, and private and public sector organizations that work with and for seniors.

The series will focus on four themes central to effectively enabling more people to age at home: 1) population diversity and ageing 2) age-friendly communities 3) financial security and ageing 4) abuse, ageism, and social isolation. Each series will converge on the guiding theme of how to provide more home and community-based care that respects the individuality of each senior while also helping governments rationalize expenditures, policies, and programs aimed at helping seniors age in the place of their choice. Throughout the series the NIA will partner with other organizations benefiting from the Slaight Family Foundation donations, including Egale Canada, Dying with Dignity, the Canadian Red Cross, and the Alzheimer Society of Canada.

“Ryerson University’s National Institute on Ageing is an important player in our larger initiative to strengthen supports for seniors," said Gary Slaight of the Slaight Family Foundation. "We are confident that the new models and programs emerging from these partnerships will move seniors’ healthcare forward for years to come.”

The NIA is housed at the Ted Rogers School of Management at Ryerson University – Canada’s largest university in the global network of Age Friendly Universities. The Ryerson community is grateful for the longstanding support of the Slaight family, who in addition to this gift donated $3 million in 2014 to create the Allan Slaight Radio Institute in Ryerson’s Faculty of Communication and Design, and established the Slaight New Ventures Competition, currently in its 17th year.