One of our earliest graduates reflects on international success leading to research at Oxford, bench-to-bedside innovation, and professorship back home in Turkey
By: Clara Wong 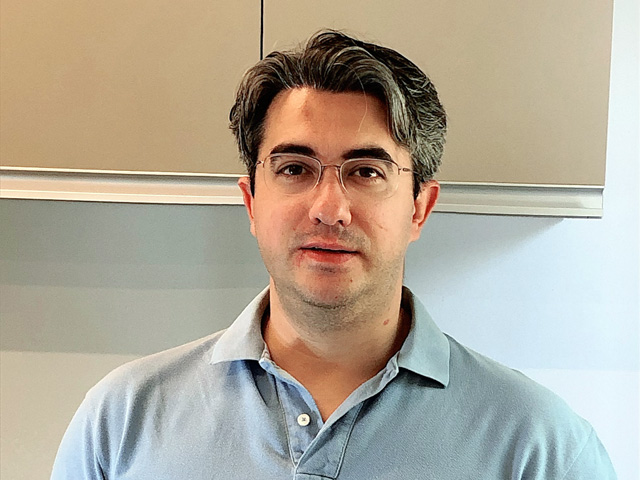 Respiratory diseases such as lung cancer, asthma and chronic obstructive pulmonary disease (COPD) are a leading cause of death and disability in the world*. Early detection is essential — and one of Ryerson’s own is at the forefront of novel imaging techniques to that end. Since his days at Ryerson, Ozkan Doganay (MSc, Biomedical Physics ’10) has enjoyed success that has taken him around the globe — from Canada, to Oxford University in the U.K., and back home to Turkey, where he’s now building the country’s caliber in scientific research and innovation.

Q: You were among the early cohorts of the Biomedical Physics graduate program. Why did you choose Ryerson?
At the time, this kind of program was rare, only offered at a few places, including Harvard, MIT, Oxford and also Ryerson. But I found RU to be very dynamic, and the new, young faculty members were brilliant scientists. I was new to Canada, didn’t know the language or culture well, but the department was very welcoming and supportive. I didn’t hesitate to accept. Looking back, I feel lucky to have started at Ryerson. It turned out to be the best decision of my life.

Q: You speak fondly of the Ryerson “family”. What was your student experience here?
I had a great supervisor, professor Yuan Xu. Most of the Master’s students usually don’t even publish one manuscript during their thesis studies, but under the supervision of Dr. Xu, I published three papers during my master’s program. I’m very proud of that! The courses were also amazing. Learning coding, especially, really changed things for me. After graduation, Dr. Xu hired me in his lab so that I’d have some support while finding a PhD program, since Ryerson didn’t have one at the time. Once I had a chance to attend an international conference in Rome, Italy. That was so generous. It makes it a family, and not just a university. I’m hoping that my two kids will also earn their BSc and start their career path at Ryerson.

Q: Your PhD research led to an invitation by Oxford University. What was the innovation?
When lung cancer patients start radiation treatment, it’s hard to tell how well it’s working. I developed a novel Magnetic Resonance Imaging (MRI) technique to monitor early-phase radiation changes in order to gauge its effectiveness. After that, it became known internationally, and Oxford wanted to translate it into real clinical studies. So, they invited me to bring my research to their hospitals.

Q: You enjoyed rapid success at Oxford. What was it like working at that world-class institution?
I was a postdoctoral researcher in the Department of Oncology from 2015 to 2019. It’s a large hospital environment, so there’s no time to learn. You have to apply your knowledge in clinic right away and produce new outcomes. Fortunately, all the fundamentals I needed to become a scientist were already laid during my master’s at Ryerson. With a big team at Oxford, we initiated novel MRI clinical trials for imaging of COPD, and lung cancer, and the work continues there now. In terms of career progression, it usually takes nine years to rise through each level of the department’s salary scale. I put in great efforts and was fortunate to be promoted through all nine levels in only two years!

Q: Your research is pioneering an exciting, new method to image lung function. Tell us about it.
I specialize in developing imaging tools for early detection of lung diseases. Doctors typically use computed tomography (CT) to view lungs, but that only captures anatomical information — lung size, shape and appearance. Lungs can actually look the same in healthy and sick people at its early stages. However, imagining of lungs’ function reveals much more information rather than only anatomical imaging.

My novel MRI technique uses hyperpolarized Xenon-129 gas to capture lung function including gas ventilation and gas exchange. Since lungs don’t have enough water in them to allow conventional MRI scans, the conventional imaging can not be used for diagnosis of lung functions. Hyperpolarized MRI scans reveal not only lung anatomy, but also how the gas exchange function — how well patients inhale, how efficiently air moves, etc. We’re almost finished developing the hardware and software, and will soon license its use through my new startup company, Rapid Functional Pulmonary Imaging (RFPI), external link. 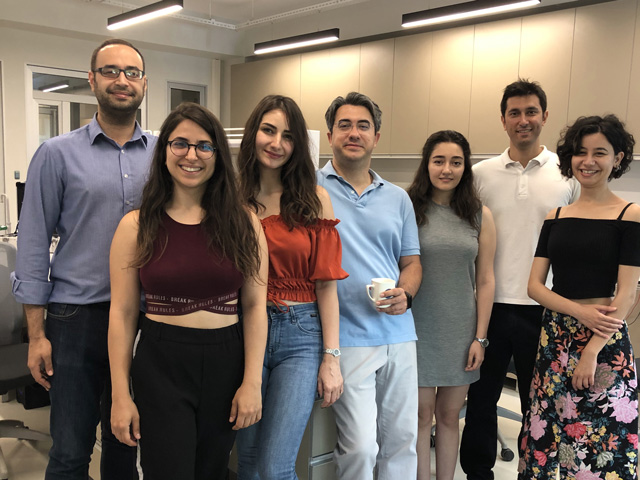 Q: In 2019, you returned home to Turkey as a professor to build your country’s research caliber. How’s it going?
Yes, I’m back at my alma mater, Ege University in Izmir, where I first earned my BASc in Physics. The government is now bringing back promising young scientists with international education to support the country’s scientific development and innovation through a new research program called TUBITAK, International Fellowship for Outstanding Researchers. It’s a brilliant program, and we’ve only just started, but it’s moving forward. My lab now has fifteen graduate students.

Q: What do you foresee for the medical physics field?
Currently, patients wait for months for imaging appointments. I predict that within fifteen years, imaging will be quickly available to anyone, anywhere. No more huge MRI scanning rooms requiring strong magnetic fields, but portable units instead — easily movable from one hospital room to another. I could even see affordable, at-home units: scan your body part and send it to the doctor for diagnosis. No more long waits. Technology is moving so rapidly that things we thought impossible even ten years ago are now reality. As I work to make contributions to these efforts, I appreciate the support given by the rector Prof. Dr. Necdet Budak at Ege University. I see great things for medical imaging. Sky’s the limit!

*according to a report by the Forum of International Respiratory Societies