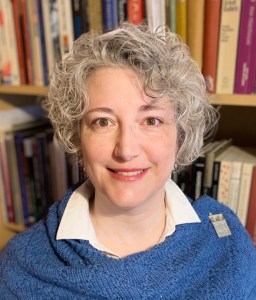 Amy Bowring holds an Honours BA in Fine Arts Studies from York University and an MA in Journalism from the University of Western Ontario. She is the Executive and Curatorial Director at Dance Collection Danse and is one of Canada’s foremost advocates for the study and preservation of Canadian dance heritage. She has published numerous book chapters and articles on dance history and has curated several live and virtual exhibitions.

Amy is a co-recipient of the 2002 Toronto Emerging Dance Artist Award for her work as a dance writer. She founded the Canadian Society for Dance Studies in 2000 directing the organization for ten years. She was a board member for Dance Media Group, sat on the steering committee that founded the Canadian Dance Assembly, and has served on the Discipline Advisory Committee for Dance at the Canada Council for the Arts, the Advisory Board of the international journal Dance Chronicle, and several conference committees.

Amy is the editor of Down to Bowring’s: A Memoir by Derrick Bowring (Creative Book Publishers, 2015). Her book Navigating Home: Artists of the NL Dance Project was released in fall 2019. Her research interests are focussed on theatrical dance in Canada in the early to mid 20th century, as well as the dance history of St. John’s, Newfoundland and Labrador.

This research has led to articles on patriotic performances in St. John’s during World War I, as well as the development of postmodern dance in St. John’s in the 1970s and 1980s.