David Scanlan is the Managing Editor for Bloomberg News in Canada, based in Toronto. Before returning to his native Canada, he held bureau chief positions for Bloomberg in Bogota, Lima, Sao Paulo and Madrid. A graduate of Carleton University, he began his career at the Ottawa Citizen, and has written for publications including the Economist, the Financial Times, Maclean’s, the Globe and Mail, the CBC and the Miami Herald. 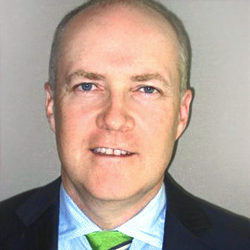