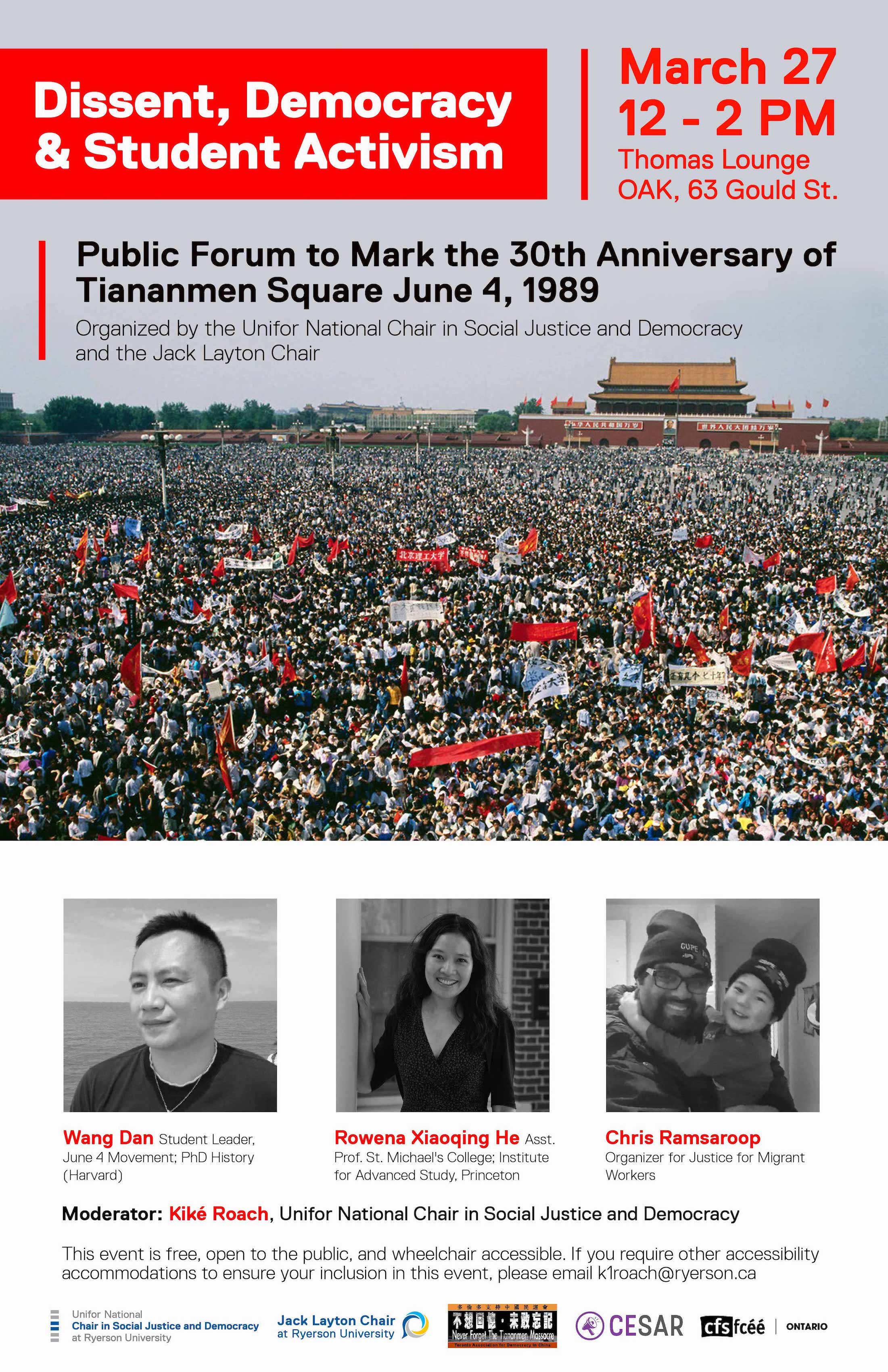 Wang Dan is a democracy advocate and the Founder of Dialogue China. He was a leader of the student-led democracy movement in 1989. Following the June 4 crackdown on protesters in Tiananmen Square, he was put as No. 1 on "the most wanted list" by the Chinese government. He was arrested in July, 1989 and imprisoned on-and-off until the Chinese government exiled him to the United States in 1998. Wang taught at National Chengchi University and other universities in Taiwan from 2009 to 2017. He attended Peking University and received a Ph.D. in History from Harvard University in 2008. Wang is also the author of his memoir and numerous publications in Chinese.

Rowena Xiaoqing He, Current Member, Institute for Advanced Study, Princeton; Research Associate, Harvard's Fairbank Center for Chinese Studies; Assistant Professor of History, St. Michael's College. Born and raised in China, Professor He received her Ph.D. from the University of Toronto and conducted her postdoctoral research at Harvard's Fairbank Center for Chinese Studies. Her first book Tiananmen Exiles was named one of the Top Five China Books of 2014 by the Asia Society. She has taught at Harvard University and Wellesley College. The seminars that she created on the 1989 Tiananmen Movement and its aftermath earned her the Harvard University Certificate of Teaching Excellence for three years. In addition to her scholarly work, Professor He speaks and publishes widely outside the academy. She was designated among the Top 100 Chinese Public Intellectuals of 2016.

Chris Ramsaroop is an organizer with Justice for Migrant Workers and the outgoing chair of the Asian Canadian Labour Alliance. He is currently a doctoral student at OISE-University of Toronto.  As a longtime student and community activist, Chris has been instrumental in organizing the migrant rights movement.

The Continuing Education Students Association of Ryerson (CESAR), the Canadian Federation of Students-Ontario Region (CFS-FCEE), and Toronto Association for Democracy in China

This event is free, open to the public, and wheelchair accessible. If you require other accessibility accommodations to ensure your inclusion in this event, please email Kiké Roach at k1roach@ryerson.ca.