Process for a discrimination and harassment complaint 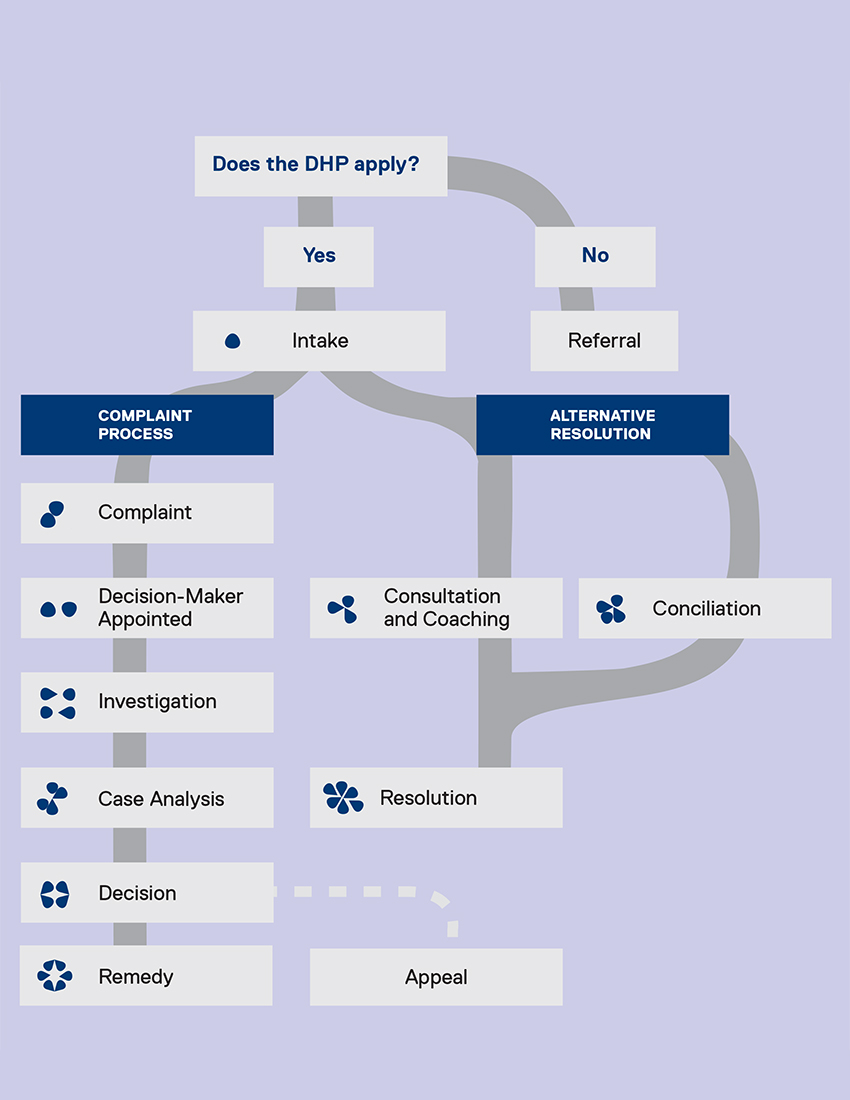 Overview of the process

The process begins with an assessment of whether or not the Discrimination and Harassment Policy applies to the matter:

Support is available throughout this process.

The policy and procedures are based on principles of fairness, due process and trauma-informed practices for all parties involved in the human rights complaint resolution process at TMU. These procedures apply to allegations of discrimination (including direct, constructive and systemic), and to allegations of harassment under the Discrimination and Harassment Prevention Policy.

Download the diagram that shows an overview of this complaints process, external link.