Michael is a techno-optimist and enjoys exploring new approaches to storytelling by mixing theatre, dance, installations, robots, video games, virtual and augmented reality, and exploration of the metaverse.

His physical being is mostly located in Toronto and is a faculty member in Performance at The Creative School, where he teaches and conducts research through his lab, TRiPL (Technological Research in Performance Lab).

His creative work spans theatre, dance, and installation art, emphasizing merging approaches through a technological lens. Before the Creative School, he worked in industry at the San Francisco research and development lab for Worldstage, innovating approaches to corporate performance and industrial events across the USA and Macau for clients such as Wynn, NBC Studios, Intel, and Nokia Bell Labs.

He is a founding member of IATSE Local ADC 659, external link, and continues to design when possible.

Michael received his MFA in Design from the Yale School of Drama and held an Eldon Elder fellowship. 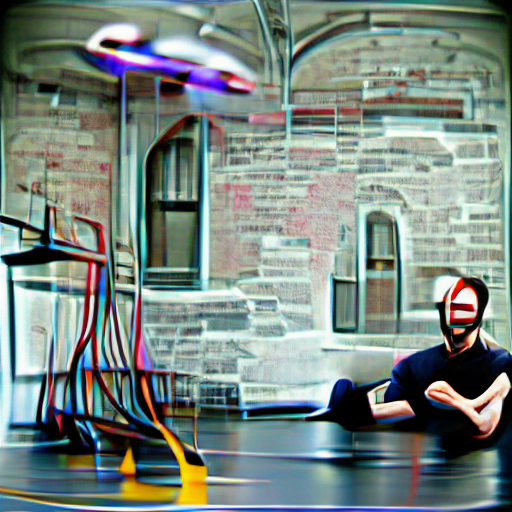 An interpretation of my bio by VQGAN+CLIP.