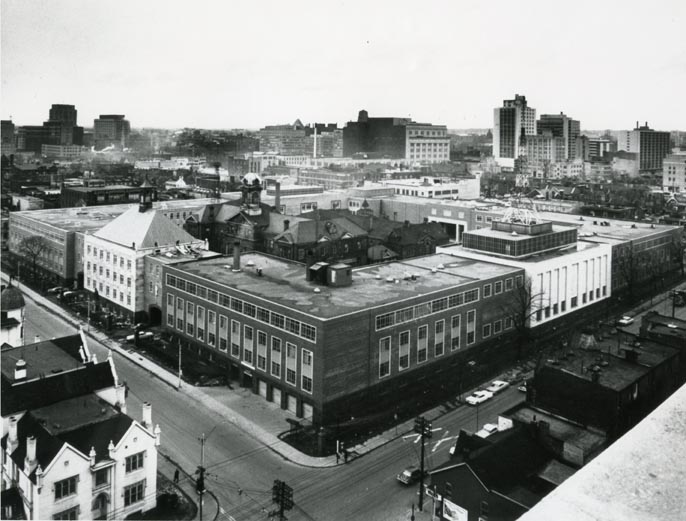 Though Psychology as a science was arguably born in 1875 with the establishment of Wilhem Wundt’s lab in Leipzig, it was not until 1977 that Toronto Metropolitan University (then known as Ryerson Polytechnic Institute) established the Department of Psychology. Psychology courses had been offered going back to 1954, taught within the Department of Social Sciences, but it would be another 23 years before Psychology would become its own Department. Over time, Toronto Metropolitan University matured beyond its Polytechnic Institute roots, eventually becoming a university. Over the past few decades, the Psychology Department has continued to grow and expand. Today, it is the home to over 30 faculty members, over 600 undergraduate students, and more than 100 masters and doctoral students. Psychology at Ryerson is certain to continue developing and evolving as it adapts to its ever-changing environment.

  Credit / Thanks to Lisa Liskovoi and Nicole Sugden for contributing research for this page. Photo courtesy of Toronto Metropolitan University Archives

Key Dates in the History of Psychology at Toronto Metropolitan University

1948 / After the end of World War II, the provincial government converts the Toronto Training and Re-establishment Institute (an institute for training World War II veterans for reentry into civilian life) into the Ryerson Institute of Technology, designed to improve technical training and workforce quality in Ontario.

1951 / The Department of Social Sciences is formed.

1976 /  The Social Sciences Department has grown in size (from 24 full-time members in 1965 to 71 in 1976) and diversity (offering courses in economics, psychology, and sociology, for example). In response to this growth, a reorganization of the Arts Division is proposed.

1977 / As part of the reorganization of the Arts Division, Psychology becomes it’s own academic service department, educating students in fields such as nursing and social work.

2006 / Ryerson University launches a Bachelor (BA) degree in Psychology. The university also purchases (from Doubleday Books) a historic building at 105 Bond Street, which would soon become home to the Psychology Research and Training Centre and the Institute for Stress and Well-Being Research.

2007 / Ryerson University launches a Masters (MA) degree in Psychology and graduates the first students from its BA program.

2009 / Ryerson University launches a Doctoral (PhD) degree in Psychology and graduates the first students from its MA program.