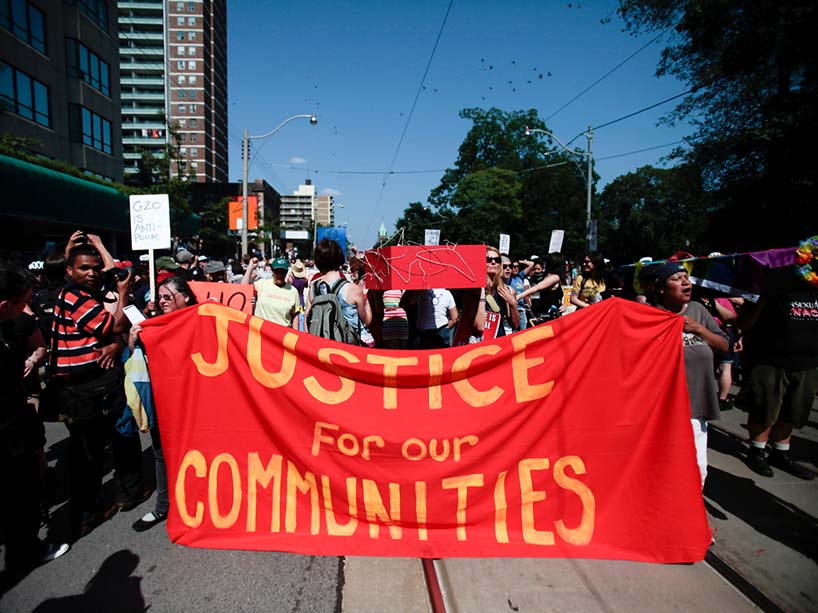 This year’s Social Justice Week from Sept. 26 to 30, draws attention to the important work of reclaiming and repairing. From reclamation of histories, land and identity, to repairing communities, revitalizing student activism, and spurring solidarity, the 12th and final edition of this significant series promises to inspire hope and change with a spotlight on concrete examples of past social justice victories.

“In thinking of this year’s theme, we were inspired by people who are working right now to correct injustices that have deep historical roots and by students whose activism has helped shape the university in major ways,” says Kikélola Roach, The Unifor National Chair in Social Justice and Democracy. 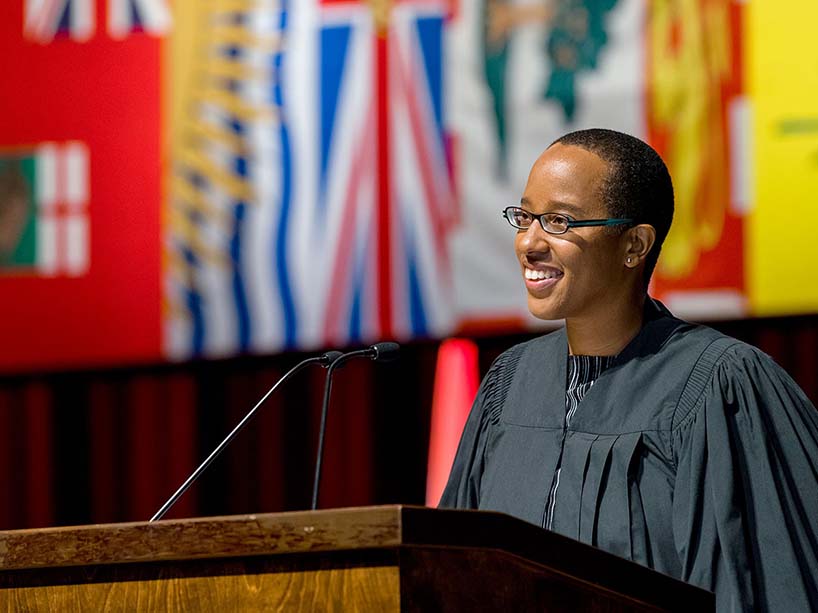 Kikélola Roach, the Unifor National Chair in Social Justice and Democracy, has worked to strengthen the social justice movement at Toronto Metropolitan University.

This year’s Social Justice Week lays claim to histories that have been negated and lands that have been appropriated. It stands in support of a reassertion of rights by those who have been disenfranchised and is a call to action for the entire community.

SJW doesn’t just examine problems, says Roach, the events are solution-oriented, prompting ideas to tackle the issues and providing a field guide to past successes.

“We demonstrate how theory, desire for change, and community organizing have been translated into concrete, beneficial actions that have a lasting impact,” says Roach.

This is no more true than in the renaming of our very university to better reflect the values and aspirations of the TMU community. We can decide our future.

“Students’ activism has built the Good Food Centre, addressed the overdose crisis, tackled anti-Black racism, provided more support to sexual assault survivors and ushered in the removal of the Ryerson statue and the change to our university’s name. Many of the alumni students who did this work are featured speakers at this year’s SJW. Their passion, commitment and effectiveness make me hopeful.” - Kikélola Roach, the Unifor National Chair in Social Justice and Democracy

End of an era

Roach has served as the Unifor National Chair in Social Justice and Democracy for the last five years, appointed in 2017. In that time she has also taught courses in social movements and human rights. As a lawyer, she has fought against police brutality, and human rights violations in detention centres for many years, representing families and organizations like the Black Action Defense Committee and the Community Alliance for Social Justice. In her final year Roach reflects on her time as chair and the accomplishments that have added up.

As Unifor National Chair, Roach says she was able to directly lobby Prime Minister Trudeau on women’s issues with other feminists, was involved in numerous worker solidarity actions, did work to critique the legal and policing systems in the media, and raised thousands of dollars for community organizations. She also organized and participated in over 150 different events on a range of social justice issues.

However, two achievements stand out to Roach during her time at TMU. The first was prompted by the pandemic lockdown which took Social Justice Week virtual and international.

“We took advantage of our ability to connect with people online around the world and made Social Justice Week international, featuring speakers from seven countries. We brought forward timely discussions with social justice activists who participated from five continents on topics such as feminism, the environment, fighting for democracy, and abolishing the prison industrial complex. We attracted an audience of over 10,000 people and some of those recordings are still being viewed today on our YouTube channel,” she says.

Roach was also happy to have had the opportunity to teach and impact students’ learning on human rights, social movements and politics.

“It’s amazing to watch students grow in their understanding that progressive change is made by everyday people tired of accepting injustices.”

Roach says that all her work has been motivated by demonstrating that “so called ‘ordinary’ people have the power to organize and bring about positive transformational change to create a better world for all.”