Experts weigh in on how we can challenge implicit bias and prevent daily indignities
By: Surbhi Bir 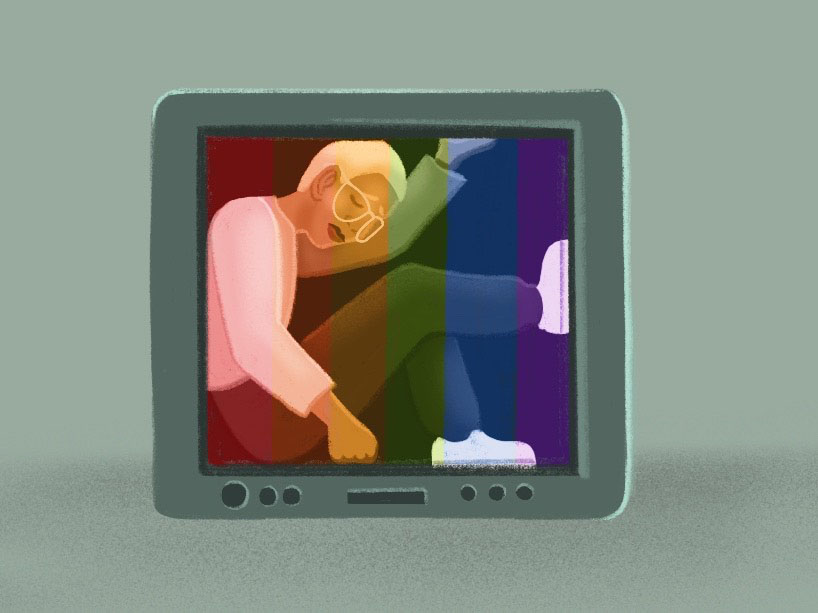 “You don’t look or sound gay.”
“Who is the ‘man’ in your relationship?”
“I know I’m straight but I just love queer culture.”
“I really want a gay best friend.”

Each member of the 2SLGBTQ+ community has a unique story shaped by their individual experiences, but dealing with everyday instances of microaggression often has common outcomes: they are disempowering, demoralizing and invalidating.

“Microaggressions often shape how we see the world: is this a place where anyone can live as whatever sexuality or gender identity feels most authentic and affirming to them? Or is the world a place where you will be subtly threatened and shamed until you break down or conform?” said Marty Fink, professor of professional communication at Ryerson.

In part two of our microaggression series, Ryerson experts reflect on their lived experiences, community perspectives and academic knowledge to identify microaggression that perpetuates harmful stereotypes. They also share best practices to address discriminatory comments and behaviours, along with advice on how people can proactively combat bias and prejudice against members of the 2SLGBTQ+ community.

“2SLGBTQ+ people often have to fit ourselves into little boxes, which make it easier for people to label and identify us. This undoubtedly means the continuation of silencing, and further invalidation and exclusion,” said Shane Young, a professor of social work at Ryerson who is two-spirit.

“In many spaces, there is a lack of understanding of the diversity of 2SLGBTQ+ communities and an assumption of universal experience. Often when I share I am two-spirit, people ask if that means I’m gay and I say no because that’s an identity with which I do not identify. However, this opens up space for a conversation,” Young said, adding that “this education on my part is taxing, in having to validate my two-spirit identity to a person who is unaware, knowing that it’s their work to educate themselves.”

Within such a diverse and broad community, each person has a different story to tell and personal examples of microaggression are abundant.

“When my partner and I were adopting our children, the question everybody asked was ‘who’s going to change the diapers?’ This is homophobia in my eyes, and demonstrates how society gives people the right to ask such questions and to pick and choose how people show up in spaces, what’s the right kind of relationship and sexual orientation to be seen as a parent,” said Darrell Bowden, executive director at the Office of the Vice-President, Equity and Community Inclusion.

“Last month, we got a message from our kids’ school asking ‘what are you going to do for Mother’s Day?’ Because other kids would be making cards for their mothers but my kids have two fathers. So I asked why not make it about a significant parent or a significant woman in their lives like a grandmother or aunt? What about other kids who might not have mothers? There’s a lot to unpack here but people just need to take those extra 10 seconds; take a step back and think about what you’re going to say before you choose to engage with someone,” Bowden said.

Other personal examples include inappropriate and intrusive questions that cisgender and heterosexual individuals aren’t typically subjected to.

“I’m often asked questions about gender transition that have no relation to my work duties. Friends of mine regularly experience questions about the parentage of their children or are asked to show multiple IDs to prove who they are because their gender is questioned. These are all constant reminders that people need to ‘work hard’ to include us because ultimately, we are still seen as not belonging,” said Jiaqing Wilson-Yang, sexual violence specialist at Consent Comes First Ryerson and a mixed-race trans woman.

Additionally, experts can identify some experiences that are more common than others.

“Microaggression occurs when you assume someone’s gender or pronouns based on how they look or sound and automatically assume someone is cisgender or straight,” said Fink. “Thoughts like ‘you have a beard and a low voice so I assume you’re a man’ or statements like ‘I’m so glad I’m not the only man in this group chat’ are examples of heteronormative and cissexist behaviours.”

Microaggression can take many forms in the context of higher education, Fink shared. This includes justifying a syllabus that doesn’t include the histories, voices or experiences of 2SLGBTQ+ and people of colour or viewing North American culture as more tolerant and accepting than elsewhere.

“People sometimes say ‘this is a STEM class, there’s no need to talk about gender or sexuality here’ or assume experience by saying ‘oh your mom is Muslim, it must have been really hard to come out to her, it was so easy for me, I just can’t imagine’ and these are all microaggressions,” Fink said.

Experts agree that when it comes to addressing microaggression, personal safety is a big concern.

“Those of us who experience microaggression on a daily basis are used to being gaslit about the struggles we face. Often microaggressions don't meet a threshold for a formal complaint and it can feel next to impossible to do something about it. Like many other queer and trans people of colour, I have lost jobs because of raising concerns or have seen colleagues punished for voicing these issues. Our livelihoods are on the line when we call someone in, especially someone with more power than us,” Wilson-Yang shared.

What can help, they say, is presenting facts and information in response to a stereotype and engaging the other person in an informed discussion that can challenge their thinking, finding a judgement-free sounding board in a queer coworker or friend you can confer with to avoid gaslighting, and writing down experiences in a journal to keep track of patterns that arise.

“When people document and report microaggressions as they happen, the university can address them on an ongoing basis instead of waiting for the situation to escalate until the classroom becomes completely unsafe or toxic. It shouldn’t get to the point where a student stops coming to class or participating because their learning environment doesn’t support or include them,” said Fink.

To cope with microaggression in the moment, experts suggest using language that holds people accountable for what they say or do.

“One helpful strategy I practice is having a prepared script in my head. That way, even if my brain is in panic mode, I have my script memorized so I don’t also need to be figuring out what to say on the spot,” said Fink. “The script I use is: ‘hey, actually, the thing you said just now is making me feel uncomfortable.’ Even if the words weren’t targeted at you, it’s still a helpful script as it calls attention to how microaggression can hurt witnesses as well as those who are directly targeted. And it’s much better to speak out as a witness than to leave the targeted person unsupported.”

On the other hand, Bowden has noticed that sometimes simply saying “ouch!” is enough to send a message that something wrong or hurtful was said.

Another important thing to remember as a teacher, Fink noted, is that if you fail to adequately address a microaggression in the moment it happens, it’s still better to address it later than not at all. “I can email the students involved or try to talk with them at the end of class. And it’s good for my students to hear me come back to class and address something harmful that was said the week before. That way I’m showing them that I’m not just letting it slide because I failed to address it adequately in the first place,” they said.

To avoid causing harm, experts agree that the first step is admitting when we commit microaggression, being open to feedback on our words and actions, correcting those mistakes, and with humility accepting that we have work to do and it is our responsibility to educate ourselves.

“We need to think laterally about microaggression too – the ways in which colonization has shaped our thinking to the ‘divide and conquer’ mentality,” said Young. “I suggest to my students that we need to spend less time centring differences and focus on our similarities. The latter is so important as it allows us to see that we are negatively affected by colonization and we all experience microaggression in one way or another.”

Another helpful way to combat microaggression is noticing your coworkers’ reactions to each other. “Did someone suddenly get really quiet in a meeting or stop engaging at work? Do you notice that your colleagues speak in a different tone of voice to people from certain communities or with certain bodies? We're all in a position to help unlearn and heal from generations of prejudice, of all kinds, and those of us who hold power have some very uncomfortable unlearning to do. Even those of us who are members of 2SLGBTQ+ communities,” Wilson-Yang said.

Last but not least, Fink suggests that every school and program should have trans 101 workshops at their faculty council meetings, and this information should be passed along to students.

“I include a section in my syllabus and talk to my students on the first day of class to remind them of their legal rights as queer and trans people. I set the tone on day one by discussing what anti-racism and disability justice in the classroom should look like, and what it means for each student to feel safe, respected and represented within our learning environment,” shared Fink.