Freedom of expression experts weigh in on Julian Assange

WikiLeaks’ founder awaits his extradition verdict which could have serious repercussions for journalism
By: Michelle Grady 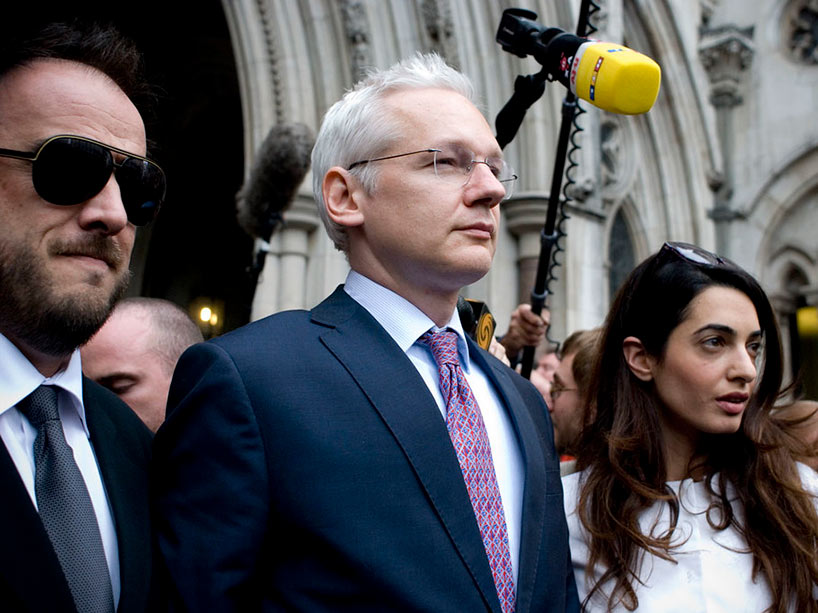 Julian Assange, founder of WikiLeaks, now faces 18 indictments in the U.S. for work that many investigative journalists do every day. If he is extradited and found guilty, he could face 170 years in jail.

October marked the 10th anniversary of WikiLeaks’ release of the Iraq War logs, which, along with the Afghanistan documents released just before, revealed at least 15,000 unreported civilian casualties, war crimes including the killing of journalists that were intentionally mislabelled “enemy killed in action” and other human rights abuses that were hidden from U.S. citizens.

Now, WikiLeaks founder Julian Assange is currently being held in a maximum security prison in London, awaiting the judge’s verdict on whether he will be extradited to the U.S. on one charge of computer hacking and 17 counts under the Espionage Act, external link including obtaining and disclosing national defence material pertaining to the Afghan and Iraq wars.

This trial is considered, among freedom of expression experts, to be a major assault on the freedom of the press and could set a dangerous precedent for publishers around the world.

The Espionage Act is outmoded legislation from the First World War, originally written to prohibit interference with military operations and the support of U.S. enemies during wartime. The indictments Assange faces in the U.S. under the act liken standard journalistic practices - attempting to protect sources, taking measures to hide communications and encouraging sources to provide more material - to the work of spies.

Not since 1971 when Daniel Ellsberg worked with the New York Times to release the Pentagon Papers, external link revealing war crimes committed by the U.S. in Vietnam have we seen the Espionage Act leveraged this way, and never against a publisher.

In 2010, Chelsea Manning, a U.S. military intelligence analyst worked with WikiLeaks to release the largest leak in U.S. history: some 750,000 classified military and diplomatic documents, as well as Collateral Murder, external link, a 2007 gun-sight video of a U.S. Army helicopter’s targetted fire on unarmed civilians including two Reuters journalists and two children in Baghdad that resulted in 12 civilian deaths.

For leaking the classified information to Assange, Manning was court martialled in June 2010 and sentenced to 35 years, but only served 7 as, in 2017, President Obama commuted her sentence. 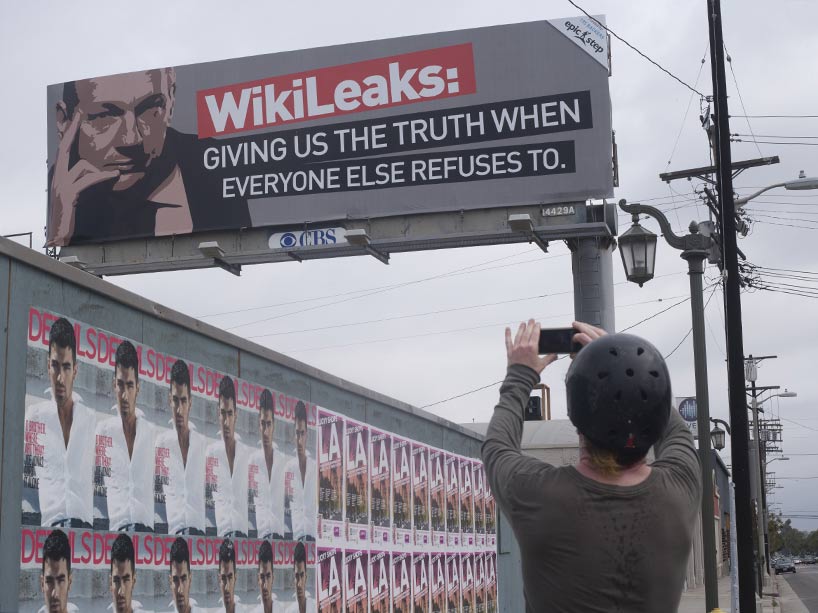 Though WikiLeaks reviewed the documents prior to release and redacted sensitive information, the Pentagon put extensive resources into attempting to prove the leaks endangered U.S. agents and informants’ lives, including the creation of a 120-person Information Review Task Force. Among the thousands of agents and secret sources stationed in Afghanistan and Iraq, the task force couldn’t produce a single name, external link of someone who had died as a result of WikiLeaks’ revelations.

So why the charges against Assange now, 10 years later? And if Assange is extradited to the U.S. to face these 18 indictments, what signal could this send to press around the world?

The state vs. the press

“There’s a constant battle going on between governments who want to keep things under wraps as much as possible and the rest of us who certainly have an interest in knowing what decisions are being made on our behalf, or to govern us,” says Paul Knox, Ryerson journalism professor and freedom of expression expert.

And though this is nothing new, Trump has certainly raised the stakes - his administration has been trying to rebrand WikiLeaks as a “non-state hostile intelligence agency, external link” - a novel designation, thereby pushing Assange’s work outside the scope of a publisher and making it possible to charge him under the Espionage Act. “In my view, it's part of the Trump administration's attack on the media,” says Professor Jim Turk, director of the Centre for Free Expression at Ryerson. “And it raises questions about the press being able to operate in the interest of the public.”

John Miller, a Ryerson professor emeritus who worked for the Toronto Star as foreign editor in 1971 when the Pentagon Papers were released, says that much like Ellesberg’s case, this one is shaping up to be a very significant example of government control of the media.

“In the Ellsberg case, the Supreme Court ruled that the government's attempt to stop the newspapers from publishing that information was illegal,” says Miller. “And that's very relevant to the current case. It is a crime to leak documents that you're privy to as a government insider, but the newspapers and media cannot be stopped from publishing.”

Turk says the very ability for journalists to effectively do their job is at stake. “It establishes a precedent that can basically be used to go after any media organization that tries to hold the government accountable by publishing truthful information. It also could be a really dangerous precedent for American journalists who disclose the secrets of other countries - if the U.S. can prosecute a foreign publisher, there's nothing to stop China or Russia from doing the same.” 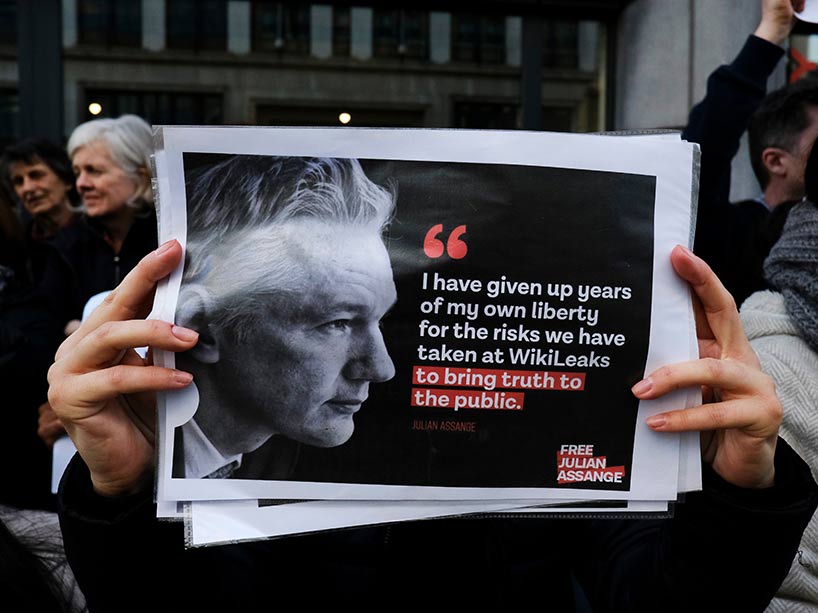 Assange’s containment at Belmarsh, the maximum security prison in London, has sparked well-attended protests. Journalists and  citizens around the world see the gravity of this case and want to make their voices heard.

“If the publisher of any newspaper or senior producer of a broadcast station finds themselves in the position Assange found himself, they will have to ask themselves, ‘is it worth publishing or not?’” says Miller. “This could function as a gag order. It puts some media in league with people considered spies, and that's a very big disincentive. And it would also inhibit whistleblowers from making the information available in the first place, so we'd never hear about this stuff.”

The Afghanistan and Iraq War leaks were a major factor in helping to establish informed public opinion about those wars. For that reason, this case isn’t merely an American case but one that will set a precedent around the world. Investigative journalists and anyone hoping to work in the field have a vested interest in the outcome. “I agree with Ellsberg when he said that this is the most important press freedom case of this generation. And we should all be aware of and care about what the court rules,” says Miller.

Miller suggests a number of ways to make our opinions on this case heard. “There are some journalistic organizations like the Canadian Association of Journalists and Journalists for Human Rights that people could approach and ask, ‘what are you doing to speak out about this?’ They could also write letters to the editor and say this is pointing out the importance of freedom of expression and freedom of the press.”

Judge Vanessa Baraitser will render her verdict for Assange’s extradition on January 4. To learn more about the trial, visit defend.wikileaks.org, external link.

To learn more about Ryerson’s Centre for Free Expression, visit the website.