Nanoscience researcher from University of Calgary to join Ryerson
Category:From the Provost and Vice-President, Academic 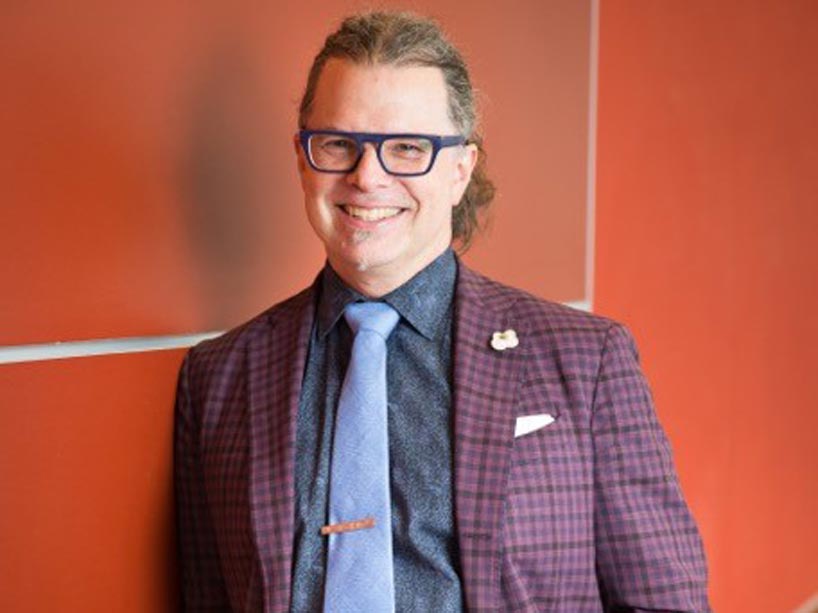 Photo: David Cramb is the new dean of the Faculty of Science.

I am pleased to announce the appointment of David Cramb as dean, Faculty of Science. The appointment is for a five-year term effective October 15, 2018.

David joins Ryerson from the University of Calgary, where he became director of the nanoscience program in 2008, and later head of the Department of Chemistry in 2012. David spearheaded an application to the Government of Alberta to develop and deliver a nanoscience minor program at the University of Calgary, successfully securing funds for its launch and development. In his role, he was central to the development of the Faculty of Science’s strategic plan, and established two Canada Research Chair positions focusing on nanobiomedicine, as well as creativity in post-secondary STEM education.

Prior to David’s promotion to professor, he was associate professor of chemistry at the University of Calgary from 2001 to 2006, focusing on behaviour of nanoparticles for biomedical applications, which continues to be the focus of his research. Since being hired at the University of Calgary he has also held an adjunct position in the Department of Physiology and Pharmacology.  A true believer in innovative interdisciplinary collaboration, David has led cross-disciplinary teams of science, medicine, engineering, education, and arts researchers along with industrial partners and practicing clinicians. These collaborations have spanned many institutions and crossed borders into the U.S. and Europe. His creative academic approach translates into his passion for music; he is an active musician and a member of the board of directors for the Sled Island music festival in Calgary.

With a strong record of sourcing funding for research and scholarly initiatives, David has secured grants from NSERC, CIHR, CFI and industry partners totalling more than $4 million. Since 1999, David has been an associate member of the Southern Alberta Cancer Research Institute. He is also a past chair of the Collaborative Health Research Projects (NSERC/CIHR), and a member of the Canadian Council of University Chemistry Chairs. He is a Fellow of the Canadian Chemical Society and was awarded the Thermo-Fisher Prize in Spectroscopy in 2010, the Achievements in Teaching Excellence award by the University of Calgary in 2014, and the national AstraZeneca Award in Chemistry in 2001.

David received his undergraduate degree in chemistry, and holds a PhD in molecular spectroscopy from the University of British Columbia.

I want to express my sincere gratitude to the students and faculty who served so generously on the search committee for the dean of the Faculty of Science:

Please join me in congratulating David and wishing him all the best in his new role.