How an Afghan girls’ robotics team broke down America’s wall

The Afghan Dreamers tell their inspiring story at the FIRST Robotics Ontario District Competition
By: Will Sloan
Carousel content with 3 slides. A carousel is a rotating set of images, rotation stops on keyboard focus, on carousel tab controls or hovering the mouse pointer over images. Use the tabs or the previous and next buttons to change the displayed slide. 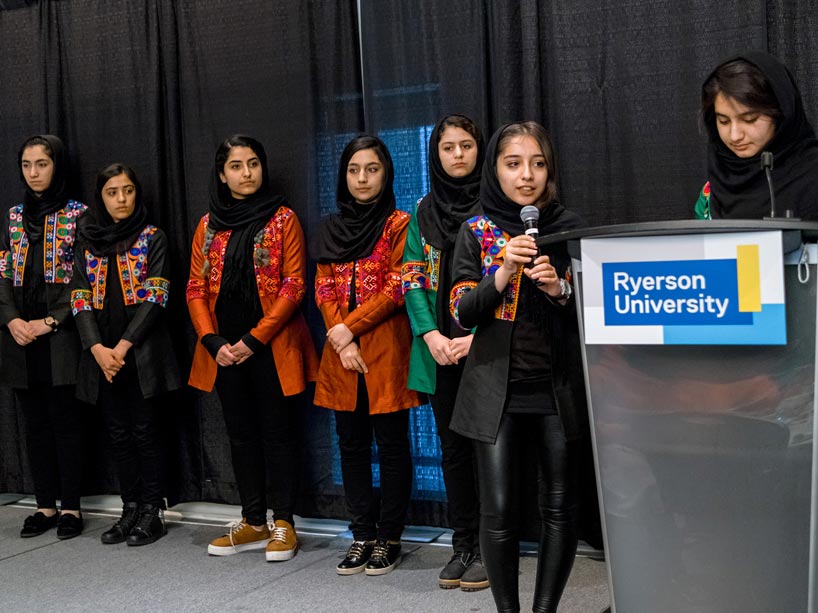 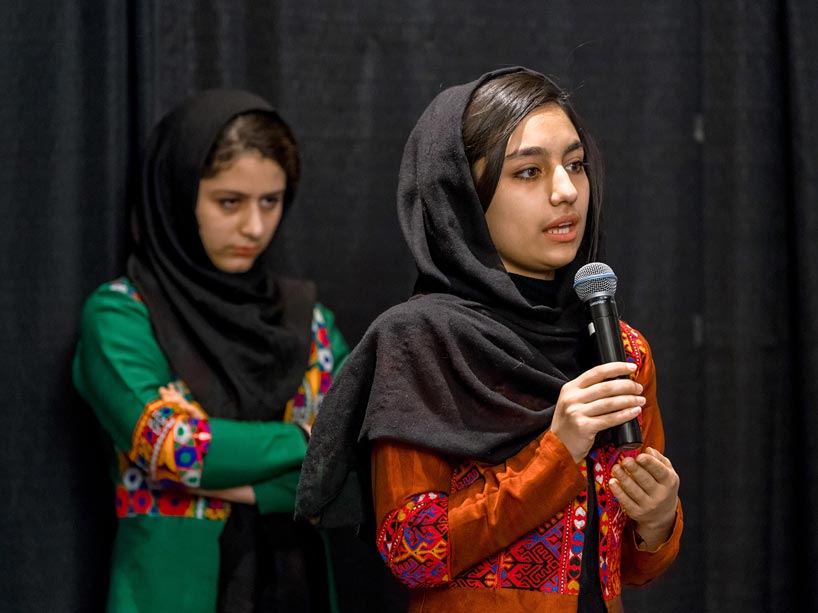 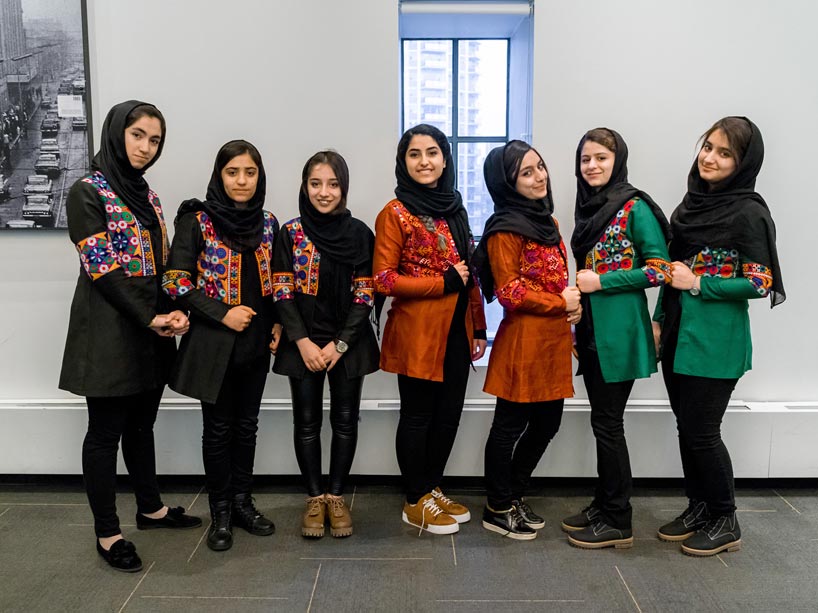 From Afghanistan to Washington to the Mattamy Athletic Centre, it has been a long, strange journey for the Afghan Dreamers. On March 16, less than a year after being denied entrance to the United States, Afghanistan’s renowned all-girls robotics team visited the Ryerson campus to tell their story.

The Afghan Dreamers spoke at the Power of Inclusion breakfast, part of the FIRST Robotics Ontario District Competition. The competition brought over 800 high school students to Ryerson from March 15-17.

The team came to global attention in summer 2017, when their application to travel to the United States for the FIRST Global Challenge was rejected under the Trump administration’s travel restrictions. “We found out they wouldn’t issue our visa, even though other groups from 161 countries were allowed to participate in the competition,” said Donya Barakzai, age 15. “We were really sad, and wondered why we had invested all this energy and effort into this project. It was the feeling of a climber who climbs Mount Everest but is not allowed to stand on the peak.”

The rejection brought media attention and international support, and the Afghan ambassador became involved. For a time, the team made plans to have a U.S.-based team demonstrate their robot on their behalf. But eventually, the ban was lifted: the team won a silver medal at the event in Washington, D.C., and earned commendation from Afghan president Ashraf Ghani.

The competition turned the team into a powerful symbol of female empowerment and triumph over xenophobia. The Ryerson visit was part of a Canadian tour that saw the team meet with Prime Minister Justin Trudeau and collaborate on a robot with Team 771 from St. Mildred’s-Lightbourn School in Oakville. The Afghan Dreamers visited Ryerson to observe the competition.

“This opportunity has changed a society’s idea about women and girl’s abilities,” said Barakzai. “Many girls are coming to us asking how they can join our team.”

This was the case for Sahar Barak, age 16, who also spoke at the event. “At first, my family did not allow me to participate in the robotics competition,” she said. “But when they saw the robotics team’s honours and awards, they allowed me to be in the world championship. … I want to say for other girls: follow your dreams, everywhere and every time.”

Imogen Coe, dean of the Faculty of Science, introduced the team by speaking to the need for diverse perspectives in science. “Diversity drives innovation, and it will only be through the combined efforts of diverse groups of people—from different backgrounds, countries, demographics and experiences—will we actually find answers to complex, challenging problems, like climate change, urban sustainability, and antibiotic resistance.” Coe also announced the creation of four entrance scholarships, $2,000 each, for students from underrepresented groups who have competed in FIRST Canada.