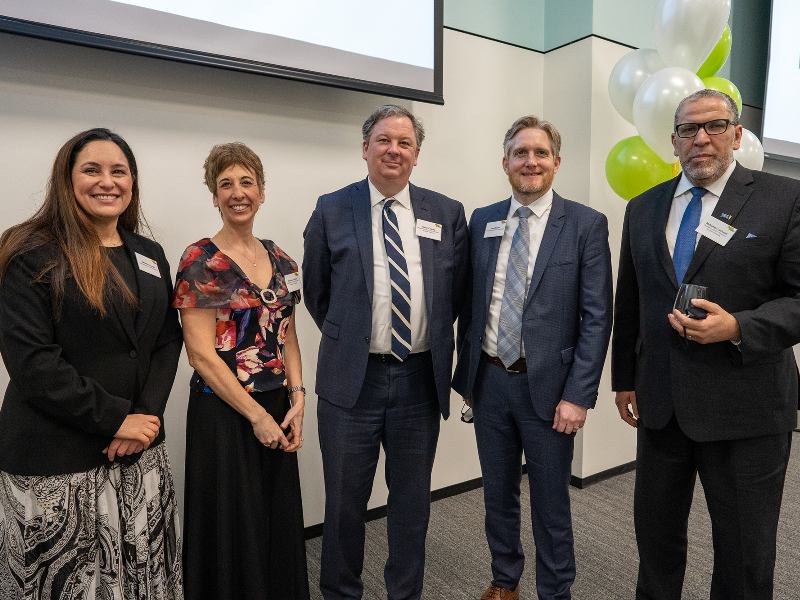 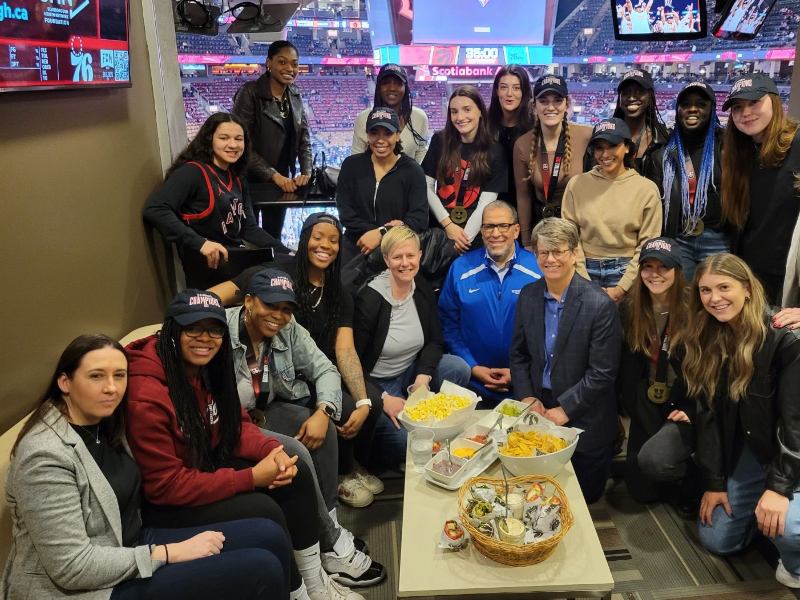 Celebrating the 2021-22 women's basketball team after an undefeated season and winning provincial and national titles.  April 2022. 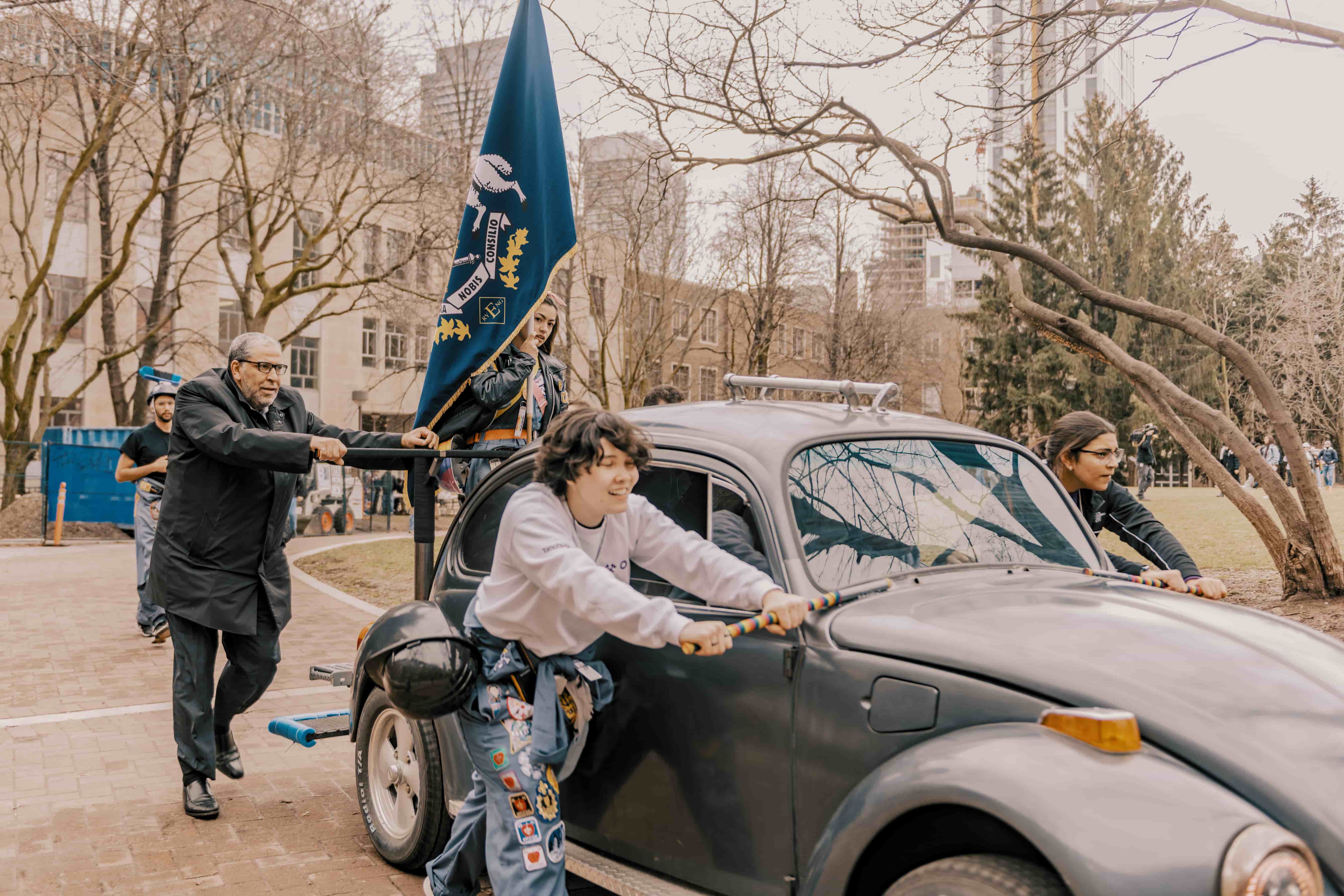 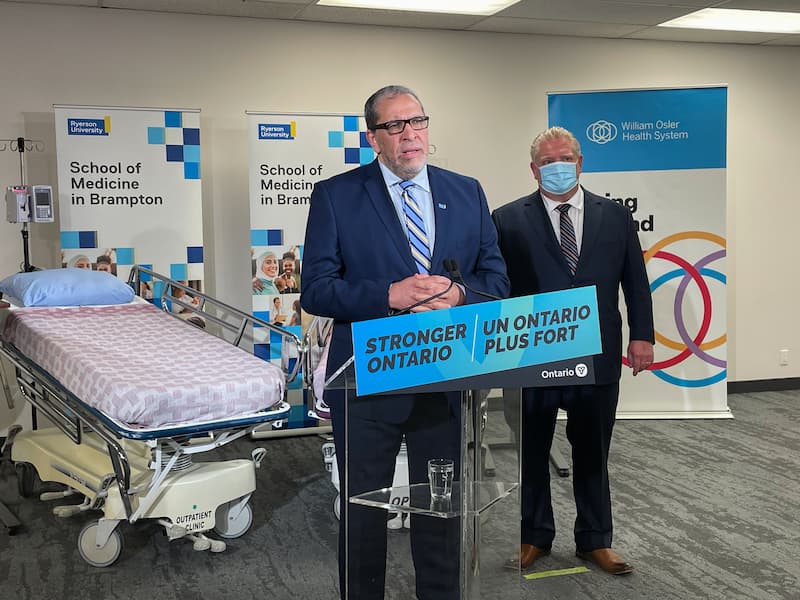 President Lachemi attends a press conference in Brampton at which the Province of Ontario announced support for Toronto Metropolitan University's school of medicine, including 80 undergraduate and 95 graduate seats for future students. March 2022. 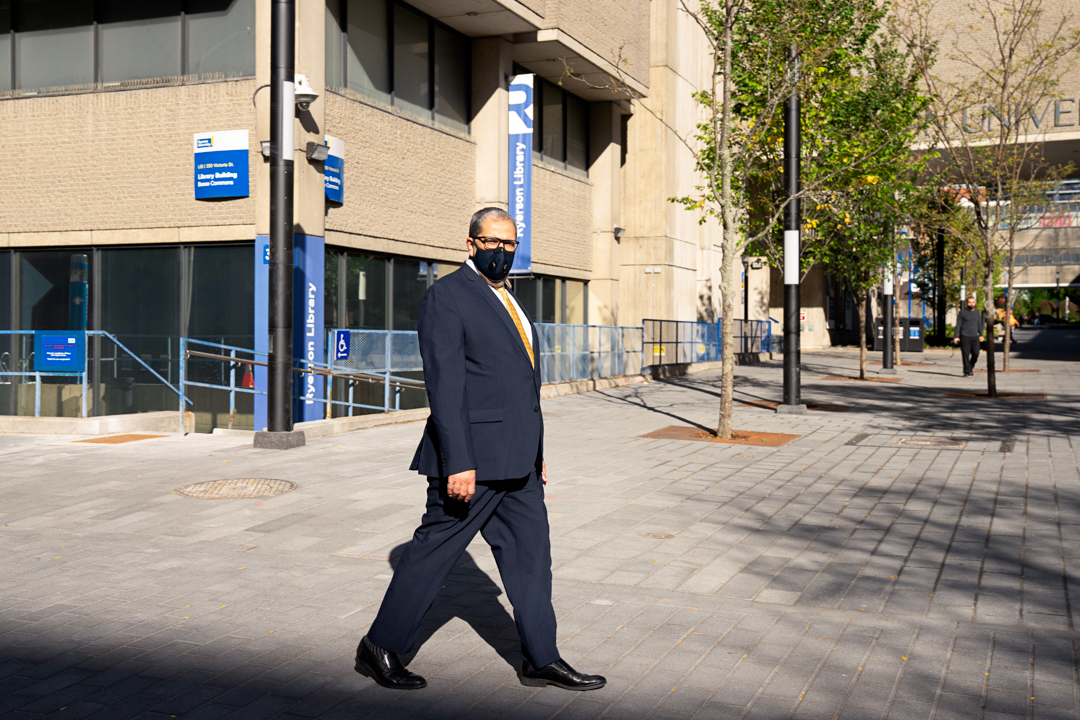 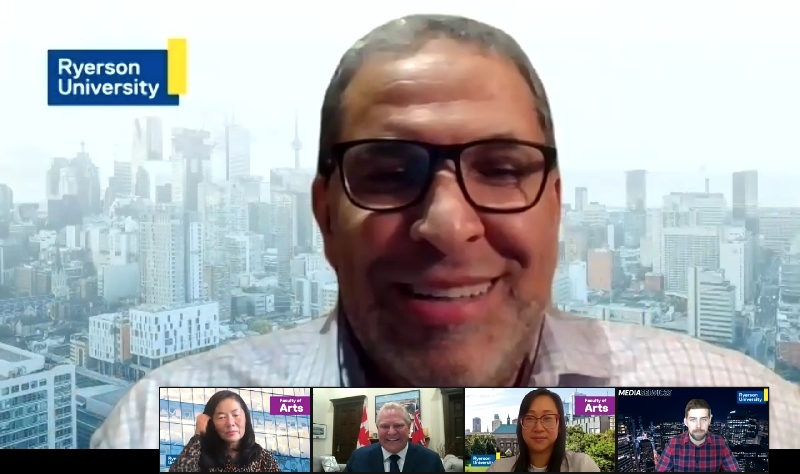 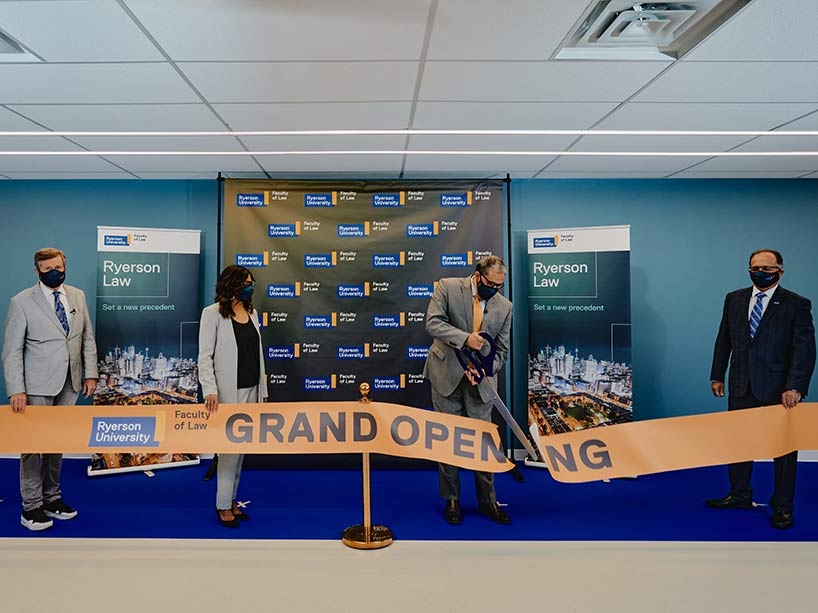 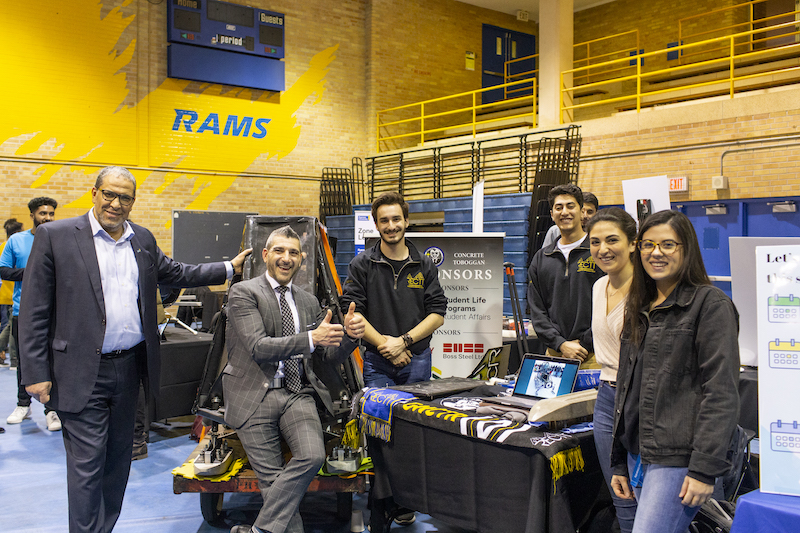 At the student showcase, President Lachemi takes time out to strike a pose with Ross Romano, Minister of Colleges and Universities. The student showcase celebrates student achievements in co-curricular projects and activities, and recognizes the impact of student engagement and experiential learning on the student experience. Photo: Alia Youssef. Mar 2020.

President Lachemi with recent inductees into the 25 Year Club, celebrating the commitment of faculty and staff who have given a quarter-century of service. Photo: Clifton Li. Feb 2020. 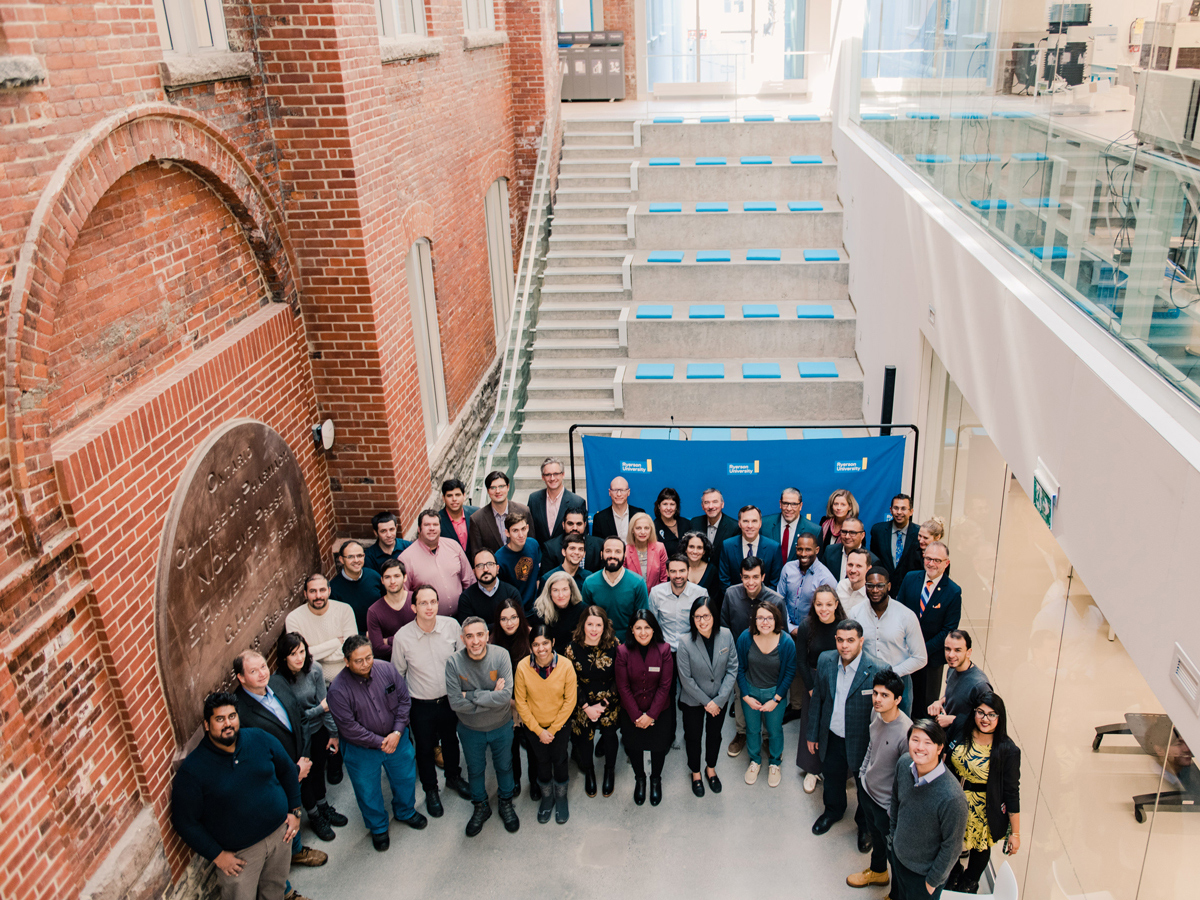 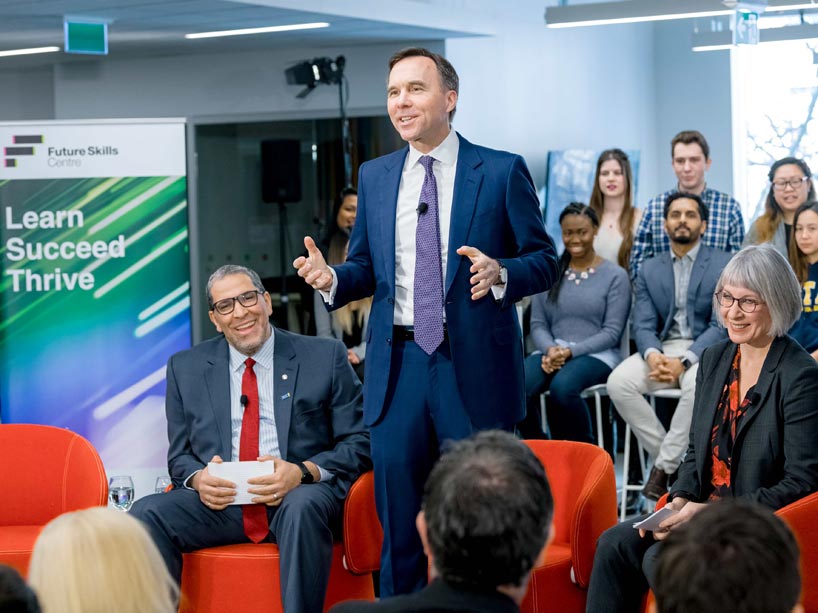