The Theatre at The Creative School

Located at 43 Gerrard St. East, The Theatre at The Creative School is a multifunctional venue that can accommodate 1,237 audience members. The space has hosted a variety of events including live productions, lectures, product launches, convocations, fashion shows and film shoots.

The Theatre at The Creative School is not available for external projects or facility rentals.

Any inquiries about The Theatre at The Creative School should be directed to Production and Operations Manager, Peter Fleming at p1flemin@ryerson.ca.

For information about booking an alternate space on campus, be in touch with University Business Services.

Sharing our Stage: looking back at some of the most remarkable acts to have graced the main stage over the years

1968 - A Musical Chess Match between John Cage and Marcel Duchamp

John Cage and Marcel Duchamp in the middle of the musical chess match. Photo by: Shigeko Kubota

PDF fileReunion, external link, a performance in which a chess game determined the musicality. John Cage and Marcel Duchamp played a game on the main stage where each move would trigger a sound on the chessboard, adding an auditory experience to an otherwise ordinary chess match. Composers David Behrman, Gordon Mumma, David Tudor, and Lowell Cross designed and constructed the electronic chessboard which they only completed the night before the performance.

The Atkinson Lecture series was established in 1974 in honour of the late Joseph E. Atkinson, publisher of The Star from 1899-1948. Twice a year, notable journalists are invited to speak about the role of media in today's society. Notable speakers are hosted at the main stage when larger audiences are anticipated. Presenters have included Seymour Hersh in 1983 and Anthony Heard in 1987.

Frances Hyland from the Encyclopedia of Saskatchewan

Frances "the first lady of Canadian theatre" Hyland and famed television personality Toby Robins performed on the main stage in 1975 with the then new professional company The Actors' Stage. Its magnificent summer season was made up of three shows: The Rocky Horror Show, Artichoke, and Suddenly Last Summer. Can you believe that tickets started as low as $3.50? 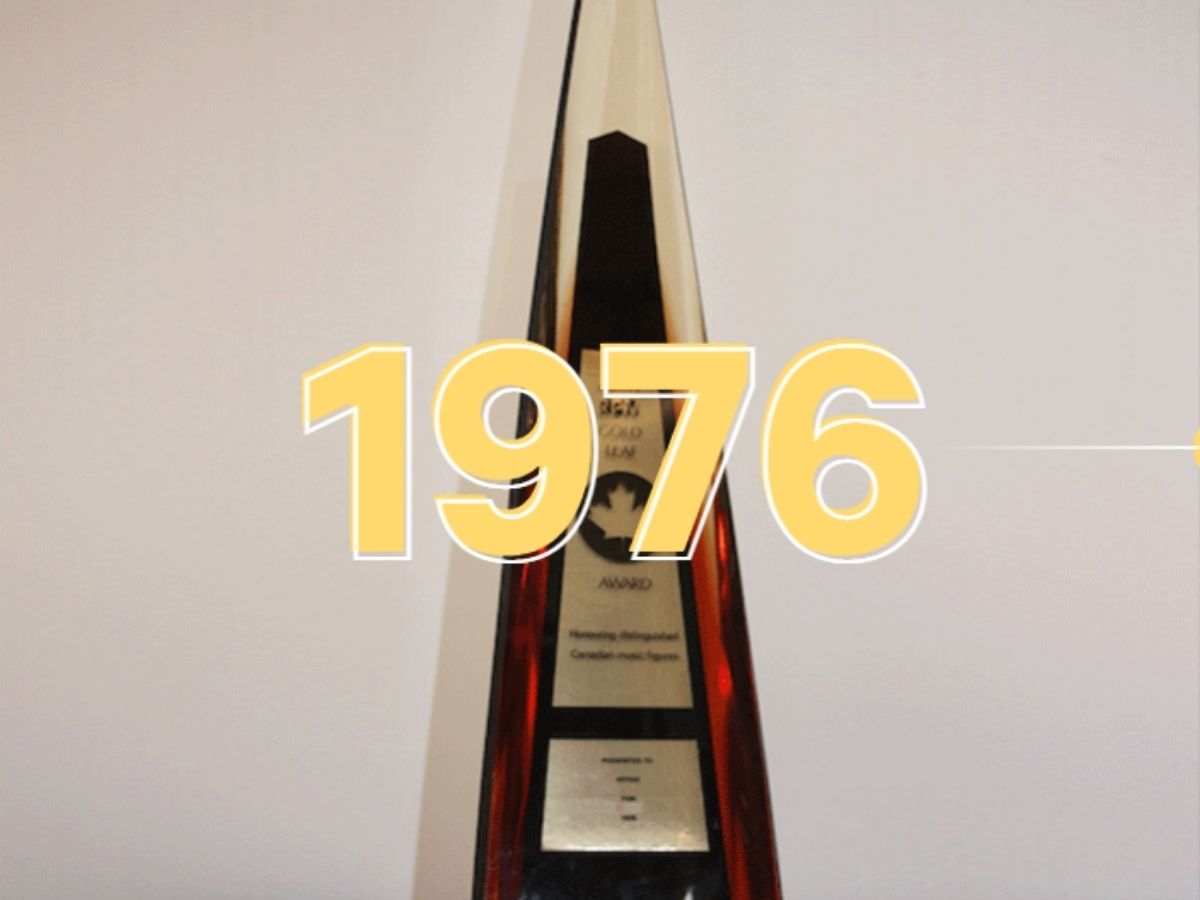 A Juno award, taken from the Juno Awards Website.

Hosted by Canadian folk singer John Allan Cameron, the Juno Awards, external link of 1976 were held on the main stage where Canadian favourites Bachman Turner Overdrive won Group of the Year. It was at this ceremony that Randy Backman famously pulled a maple leaf-styled plaque from a brown paper bag and presented it to Juno founder Walt Grealis as a special "people's award".

Stage photos of Kinkan Shonen and Rite of Spring from the Toronto International Festival 1984 Program.

It was 1984 when famous German choreographer Pina Bausch and the Japanese Sankai Juku, external link company touched down on the main stage. Their unique performances exposed Toronto audiences to new international practices which included Tanztheater Wuppertal, external link's rendition of The Rite of Spring and Kinkan Shonen, by Sankai Juku. Did you know that the set for The Rite of Spring involved putting real grass and dirt on the stage?

Robin Wright, Andre the Giant, and Christopher Guest on the main stage.

Pictured on the right, the cast of The Princess Bride, external link stand on the main stage at the movie's premiere as part of the 1987 Toronto International Film Festival. On the left, a candid photo in the dressing room. This film won the People's Choice Award that year and was screened again at Roy Thomson Hall, external link, closing out the festival. Did you know that a chair had to be custom built for André the Giant?

The first Canadian symposium on non-traditional casting took place on the main stage in 1989. The two-day conference involved panel discussions and scene demonstrations about how non-traditional casting (hiring actors of all racial, ethnic, and cultural backgrounds) can be practiced. The Committee for Non-Traditional Casting who organized the event stated that progressive casting methods can portray the relevance and power of theatre to audience members who do not see themselves represented on stage, a sentiment that still carries truth 32 years later.

The end of the year showcase for Fashion students began collaborating with the School of Performance in 1995. The two schools have since worked together to produce Mass Exodus, external link, the largest annual student-run fashion show in the world. Production students help plan, manage, and produce the show from behind the scenes, while Fashion students exhibit their final projects on models walking down the runway.

Stills of Kim performing onstage while Uhm is in shock.
From a Soompi Article by A. Choi.

Korean superstars Uhm Jung Hwa and Kim Min Jong are reunited on a Korean singing competition show after almost 19 years. Jong was a backup dancer for Hwa for many years and accompanied her on a Canadian tour when the two performed on the main stage in 1999. As covered in this Eyeopener article, external link, Hwa entertained over 300 audience members with her jokes, songs, dance moves, and costume changes. 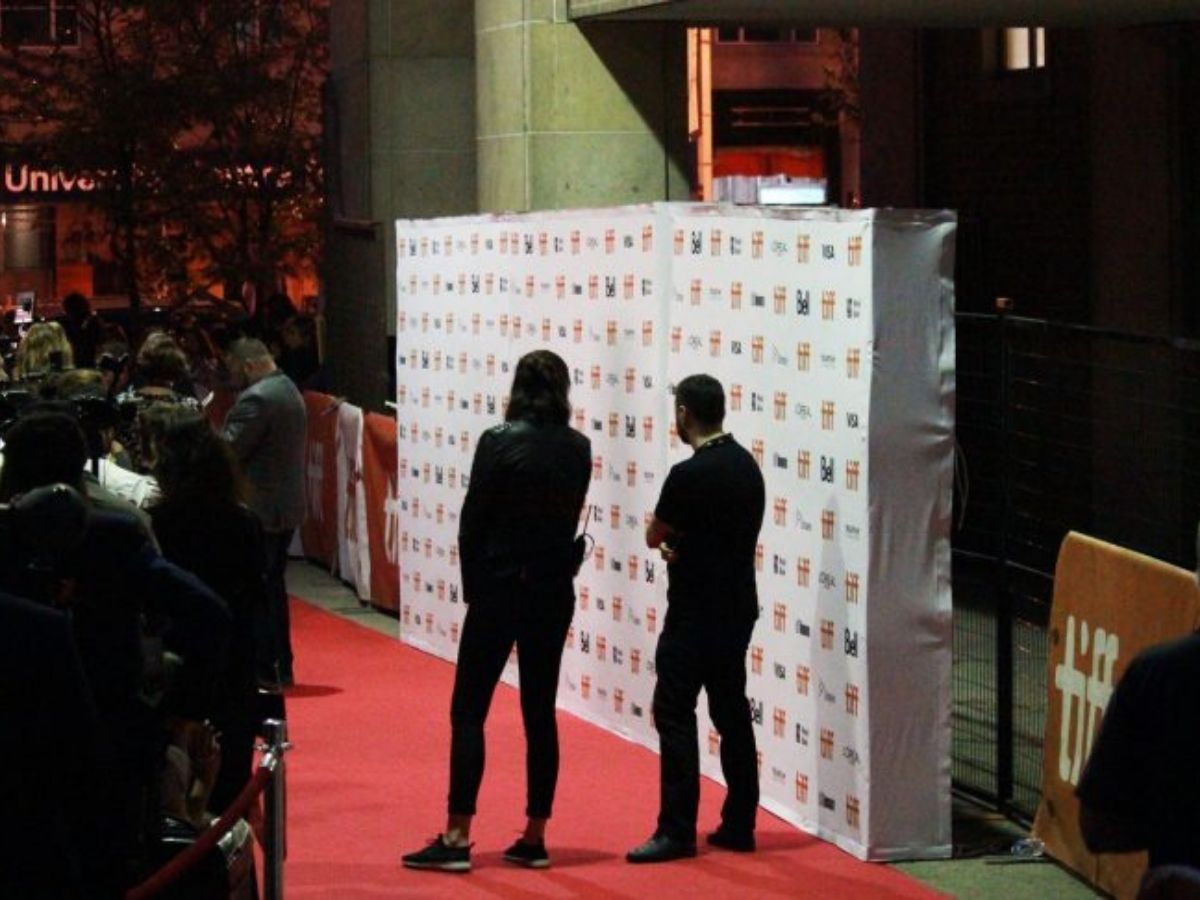 The Toronto International Film Festival, external link (TIFF) uses the theatre as its largest venue, premiering many blockbuster films in this venue, including the People's Choice Award screening to close the festival annually. Performance students have often been brought on as technicians and ushers, leveraging their extensive familiarity of this unique venue. Given the celebrities this event draws, many students spend the first week of school "stargazing" between classes.