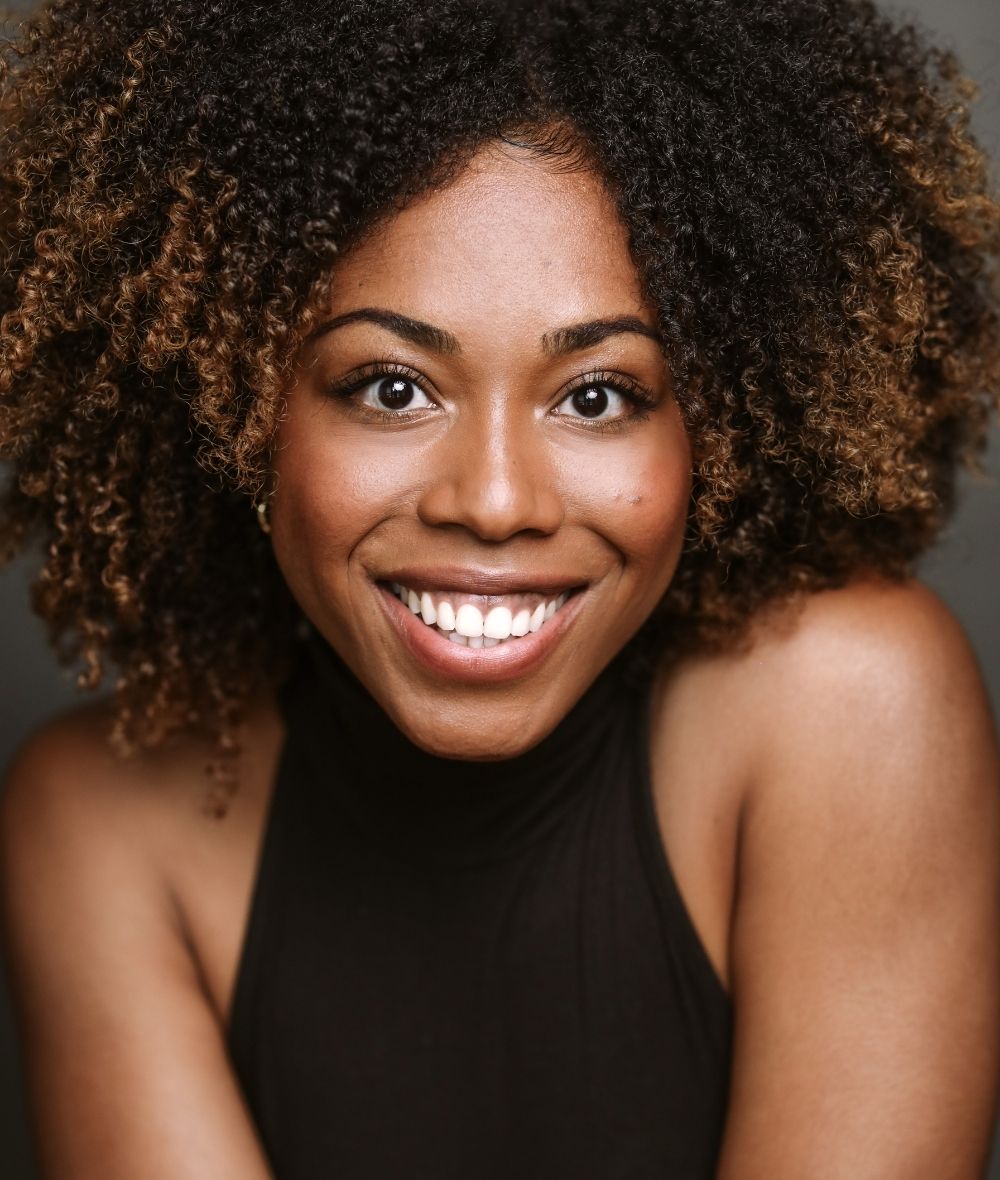 Musical Theatre for the Minor in Acting/ Dance Studies

Rose-Mary “Rosie” Harbans (she/her) is a Caribbean-Canadian performer, choreographer, and educator from Toronto, Ontario. From a young age, her Caribbean heritage infused her with a passion for vibrancy, rhythm, and storytelling. Her compelling stage presence and natural ability to capture an audience has propelled her into a dynamic career.

Rosie completed her Bachelor of Fine Arts degree at Toronto Metropolitan University, where she had the privilege of working with acclaimed choreographers such as Vicki St. Denys, William Yong, and Alejandro Cerrudo (Hubbard Street Dance Chicago). There, she trained extensively in Western styles of dance, singing, and acting. Rosie has forged her own path in the commercial dance industry, forming connections with renowned dance artists including Tanisha Scott, Director Toronto Metropolitan, Cora Kozaris, Shameka Blake, and George Jones Jr.

Alongside her success in Toronto, Rosie’s talents have found their way to international shores via Norwegian Cruise Line. There, she toured Asia, Alaska, and the Caribbean performing in Le Cirque Bijou (Jenn Rapp) and the Tony Award Winning Broadway Musical After Midnight (Warren Carlyle) as a principal dancer, vocalist, and aerialist. Her tenacity for creating new work was recognized when she was brought on as an apprentice choreographer by Vicki St. Denys to develop “Red, Hot, & Cool” which toured various Greek islands.

Her passion for culture has inspired her to immerse herself in a myriad of styles including Samba, Afro-Caribbean, House, and West-African. She has had the privilege of dancing with distinguished Toronto dance companies including Dance Migration (Adrianna Yanuziello), Ballet Creole (Patrick Parsons), and Lua Shayenne Dance Company (Lua Shayenne). Rosie has also worked alongside Esie Mensah in Zayo and as an assistant choreographer for her solo work, A Seat At The Table.

Rosie is currently a TA in the first and second year jazz classes at Toronto Metropolitan University and teaches the Minor Musical Theater course alongside Paul Moody. Rosie looks forward to manifesting new opportunities in the arts and beyond!