A building steeped in history gets new life as a student and community hub
By: Will Sloan 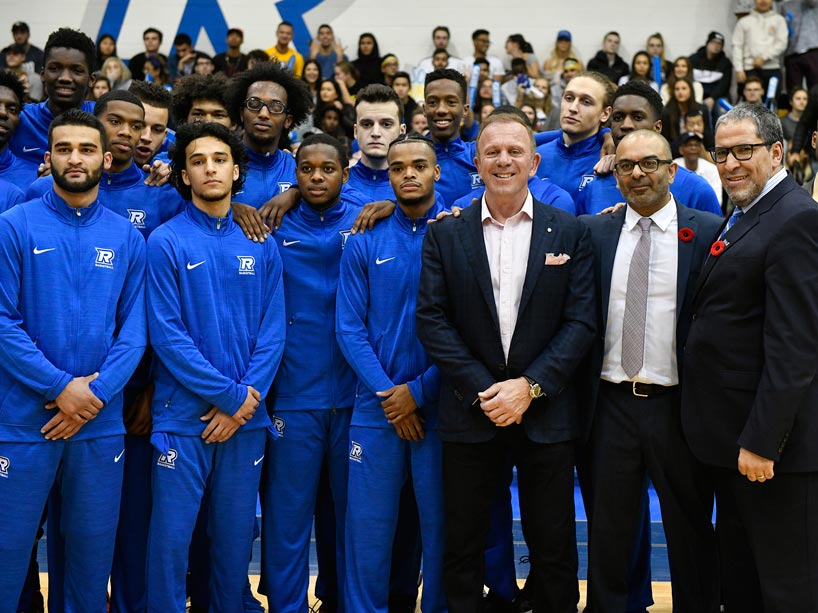 The MAC has revitalized a building that is central to Toronto’s history. In its active years from 1931 to 1999, Maple Leaf Gardens was the official home of the Toronto Maple Leafs, and held historic concerts with Elvis Presley, Bob Marley and The Beatles. After shutting its doors in 1999, the site lay inactive until a partnership between Ryerson University (funded by a student levy), the Government of Canada’s Infrastructure Stimulus Fund, Peter Gilgan (founder and CEO of Mattamy Homes), and the Loblaw Companies Ltd. (which opened a store on ground level) gave the iconic building new life.

The venue’s impact has been felt around the world. The 220,000-square-foot facility includes an NHL-sized ice rink, a multi-purpose court for basketball and volleyball, fitness centre, studio and high-performance gym for Ryerson teams and athletes. Ryerson athletes give back to the community with Rams Care, a youth mentorship program created in partnership with Toronto Community Housing, Nike Canada and the Jays Care Foundation.

Its facilities are used for intramural sports, student recreational club participation, varsity team practices and games, and community skates. Over the past five years, the MAC has been the venue for the 2015 CIS Men’s National Basketball Championships, the 2015 Pan Am Games, the 2017 CIS Women’s National Volleyball Championships and the 2017 Invictus Games. A $750,000 donation from Sportsnet created a state-of-the-art broadcast centre for RTA’s sport media program, and cutting-edge scholarships.

“This is a model site for the innovative repurposing of a heritage building, keeping its historical significance intact and maintaining its vital relationship to its community,” said Ward 27 Councillor Kristyn Wong-Tam. 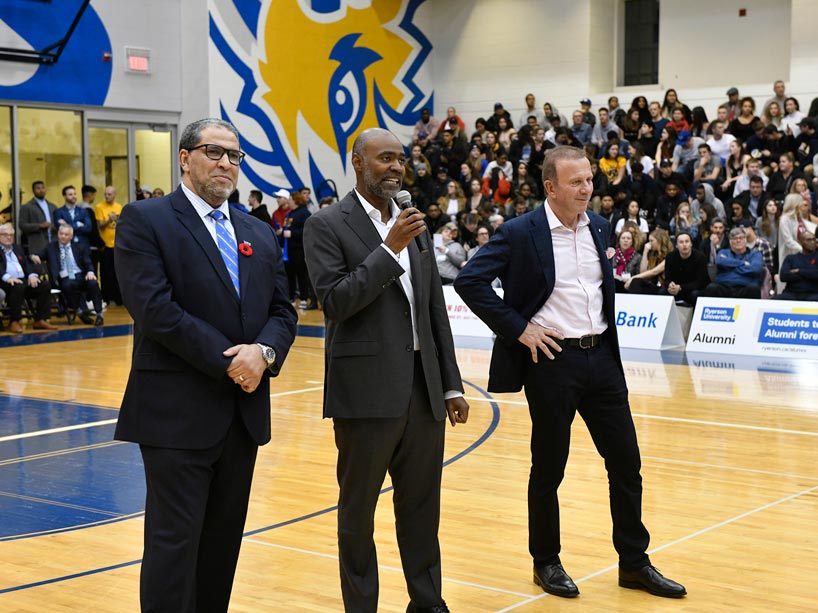 · The building—designated a national historic site in 2012—is named one of ESPN's top 10 most historic North American stadiums.

· Maple Leaf Gardens was the only venue that The Beatles visited on all three of their North American tours, and the first venue where Elvis Presley performed outside the United States.

· The NHL-sized ice rink, “Mattamy Home Ice,” seats 2,620, and is the highest-elevated skating rink in Toronto at more than 50 feet above street level.

· Restoration work included extensive masonry remediation, steel window restoration and replication, and the restoration of the Carlton Street marquee with elements that followed the original design.

· Students from the RTA School of Media work on the filming and production crew at the Sportsnet RTA Production Centre, creating TV broadcasts and colour commentary segments for all varsity home games and hosted championships.

· The MAC’s honours include the 2012 Consulting Engineers of Ontario Award, 2012 Paul Oberman Award for Adaptive Reuse, the 2013 Toronto Urban Design Award, and a 2013 Heritage Toronto Award of Merit.

· Alumni and friends can be a part of Toronto history with the Mattamy Athletic Centre’s name-a-seat program. Donate to this MAC initiative and you’ll receive an engraved nameplate on the seat of your choice, a chance to skate on the Mattamy Home Ice, and a charitable tax receipt. Visit: www.ryerson.ca/giving/wheretogive/mlgardens/.