The Indigenous stories behind Canada 150

Playwright and actor Billy Merasty to lead Indigenous storytelling event at Congress 2017
By: Will Sloan 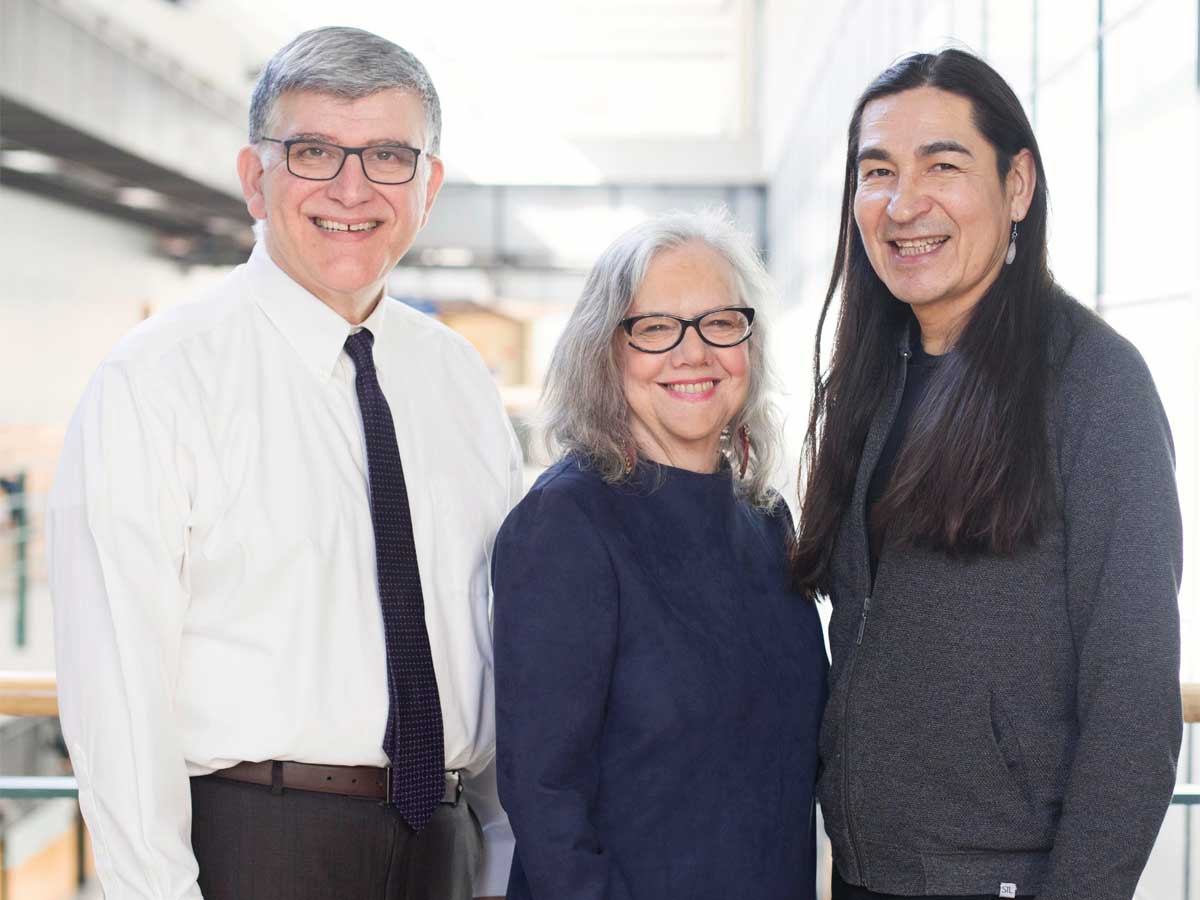 We all know that the fur trade helped build the country we know today. But do we all know the engine that powered it? At Congress 2017, external link, actor, playwright and storyteller Billy Merasty will mark Canada’s 150 birthday by shining a light on the real people who built Canada’s economy.

“My family, and my people—the Métis and the Cree—were absolutely immersed in that fur industry,” said Merasty. “All the native tribes contributed enormously to the economic engine at the time of Canada, which was the fur industry. Generations contributed to that, and I want to tell stories about those generations and their connection to Canada.”

Survival to Sovereignty, external link is the first art installation by Ryerson’s new Indigenous Communication and Design Network (also known as Saagajiwe—an Anishinaabemowin word meaning “the first ray of light”). Centred around a tipi installation in the Pitman Hall quad, the site will host a variety of events that will call attention to the role of Indigenous Peoples in Canadian history.

On May 30 to June 1, Merasty will lead “Stories of Survival,” a storytelling event about Indigenous heritage—Canada’s, and his own. “I want to make it personal,” he added. “I want to tell stories of real people, not just stuff people read on paper. I want to talk about my family: real people.”

Billy Merasty, an accomplished playwright and theatre/film actor, received the Order of Manitoba in 2010. He is the first artist-in-residence for Saagajiwe, where he will write a new play: “In the ’80s and ’90s, I grew up being integrated in Toronto society, western civilization, assisted by my two gay uncles. I want to write about that fabulous period: my integration into society with my brilliant uncles.”

“I know my language is disappearing—in my culture, in my family. The language is being stopped dead in its tracks—a language that has been passed on through memories for generations is now being stopped because people are refusing to learn Cree. It’s really distressing for me, because it’s a fabulous, brilliant language, and there are a lot of lessons that come with the language.

“If you don’t know the language, I think you lose out on the skill of storytelling. It’s an oral culture: I was born and raised by brilliant storytellers.”

Does the Cree language inform his work in English? “I negotiate my way through western civilization, having been born on the land, in the bush, in a nomadic lifestyle, in my first language: Cree. That’s my first language, and to me, that’s a different way of thinking, a different way of operating, and it’s my saving grace. I think in another language—which sets me apart—but I’ve had to learn English in order to be part of civilization.”

“Survival to Sovereignty” takes place at the Pitman Hall Quad from May 27 to June 2. “Stories of Survival with Billy Merasty” will take place May 30 to June 1, noon to 7 p.m. The events are part of Congress 2017, external link, Canada’s largest academic gathering, taking place at Ryerson University from May 27 to June 2.

This is one in a series of stories about Canada 150 at Ryerson. As our nation marks the 150th anniversary of confederacy, Ryerson University is curating events, activities and stories that speak to the Canadian experience from vantage points as diverse as our people.