Nursing Professor Annette Bailey discusses anti-gun-violence advocacy at annual ceremony
By: Will Sloan
Carousel content with 6 slides. A carousel is a rotating set of images, rotation stops on keyboard focus, on carousel tab controls or hovering the mouse pointer over images. Use the tabs or the previous and next buttons to change the displayed slide. 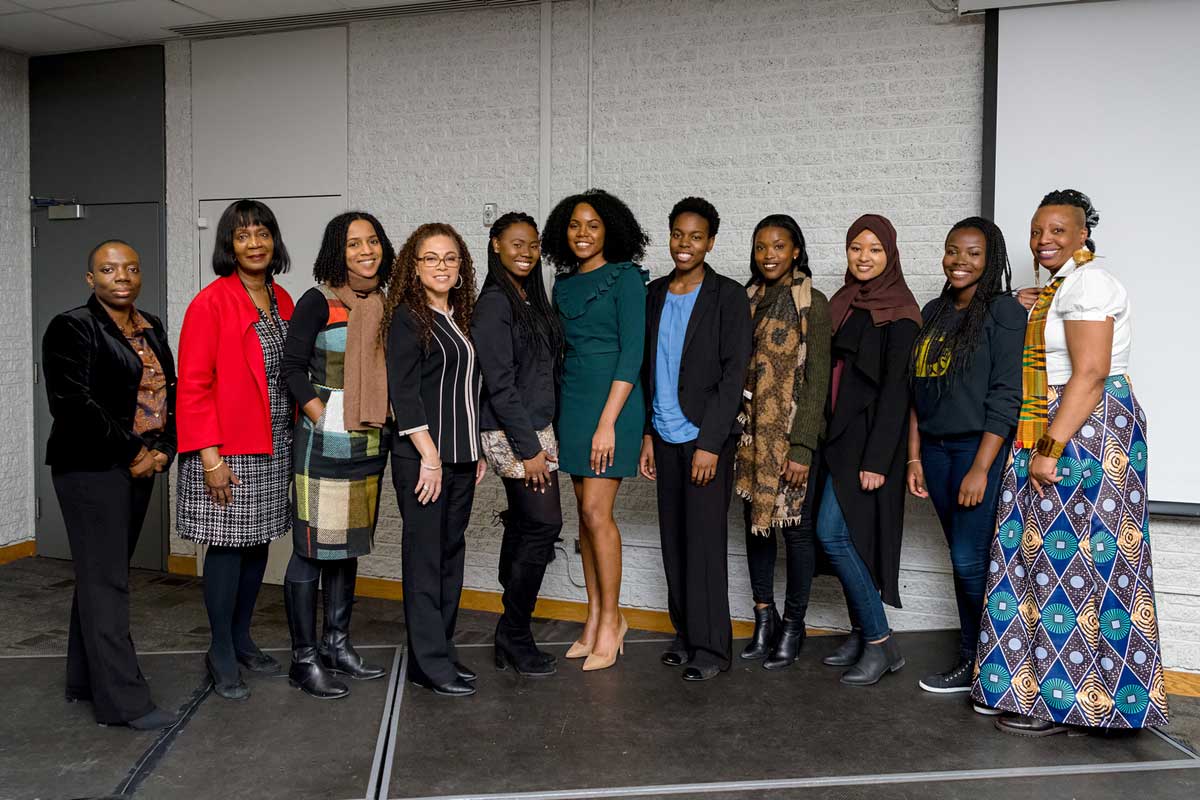 Past and present honorees at the ninth annual Viola Desmond Awards. Photo by Clifton Li. 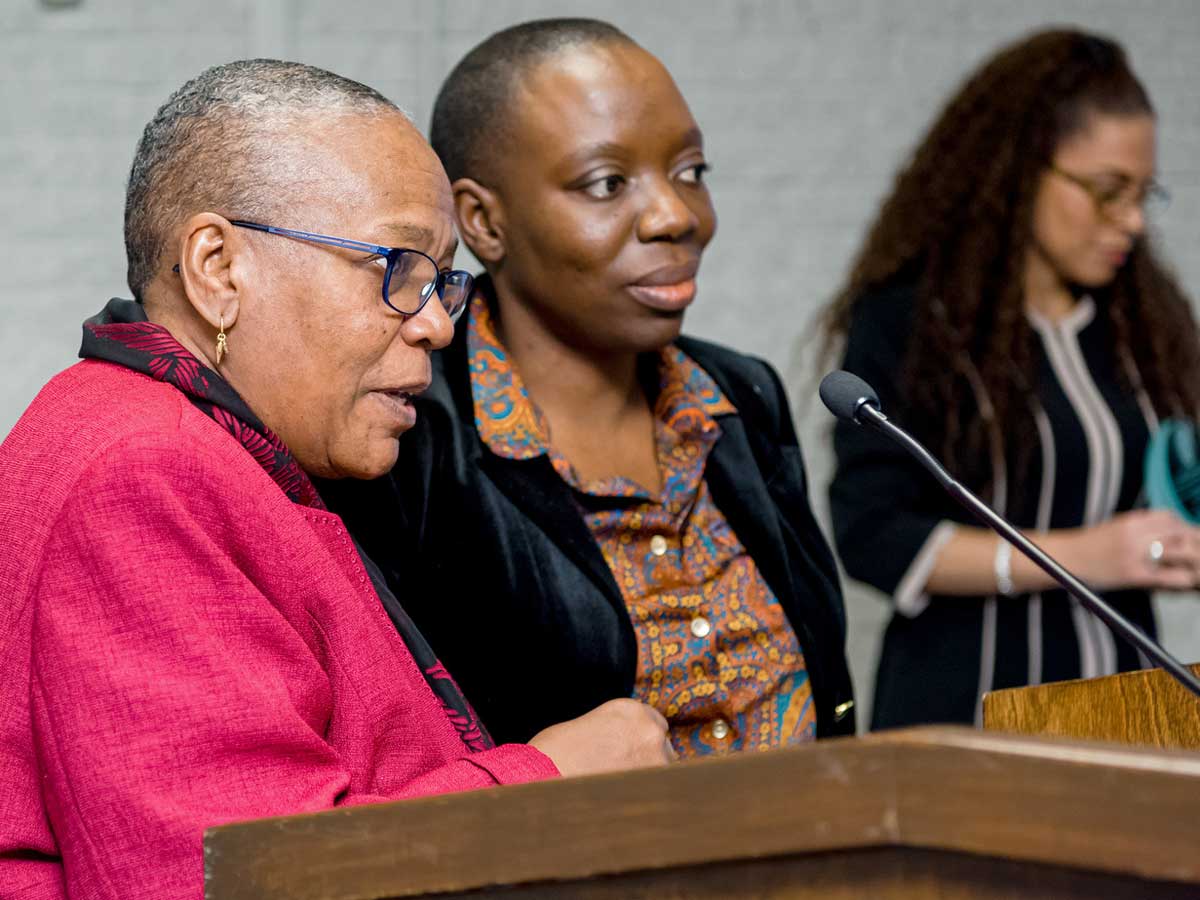 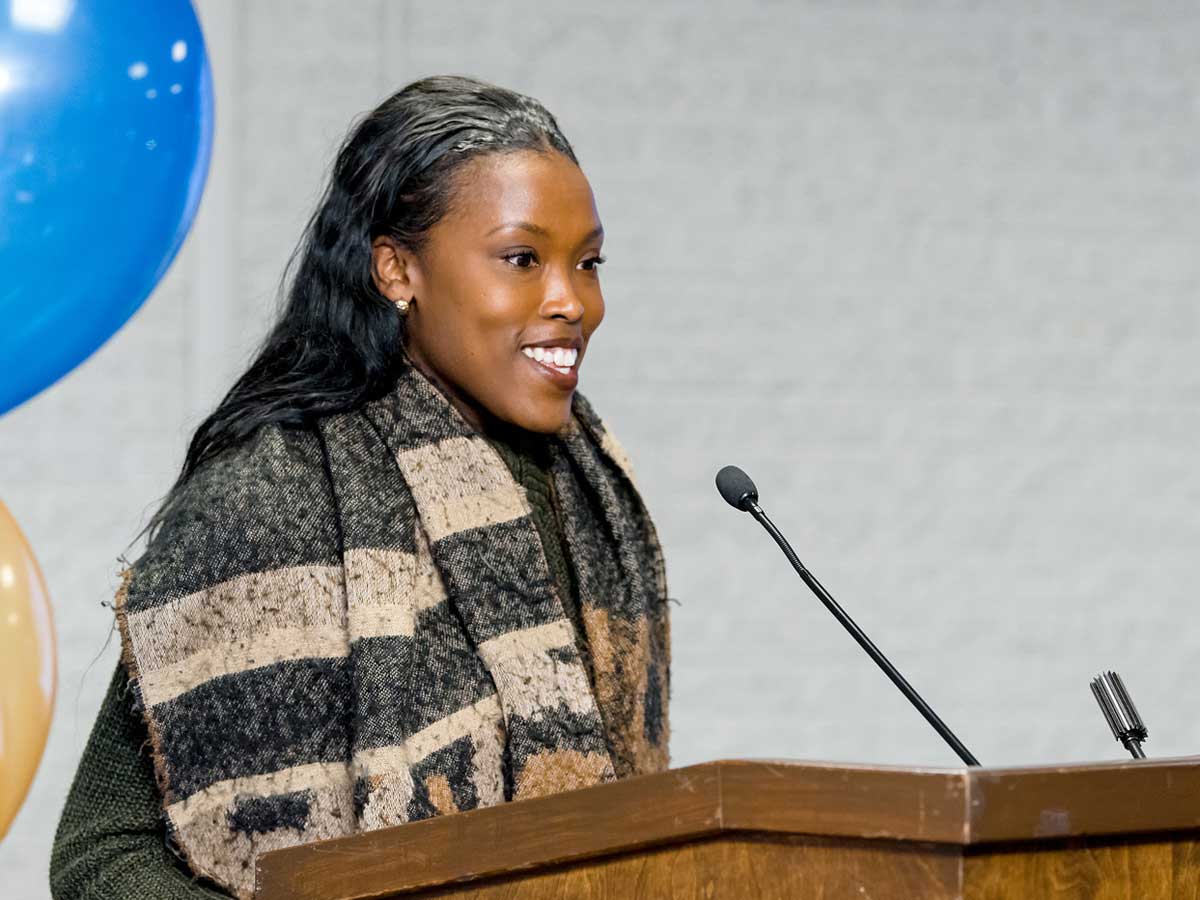 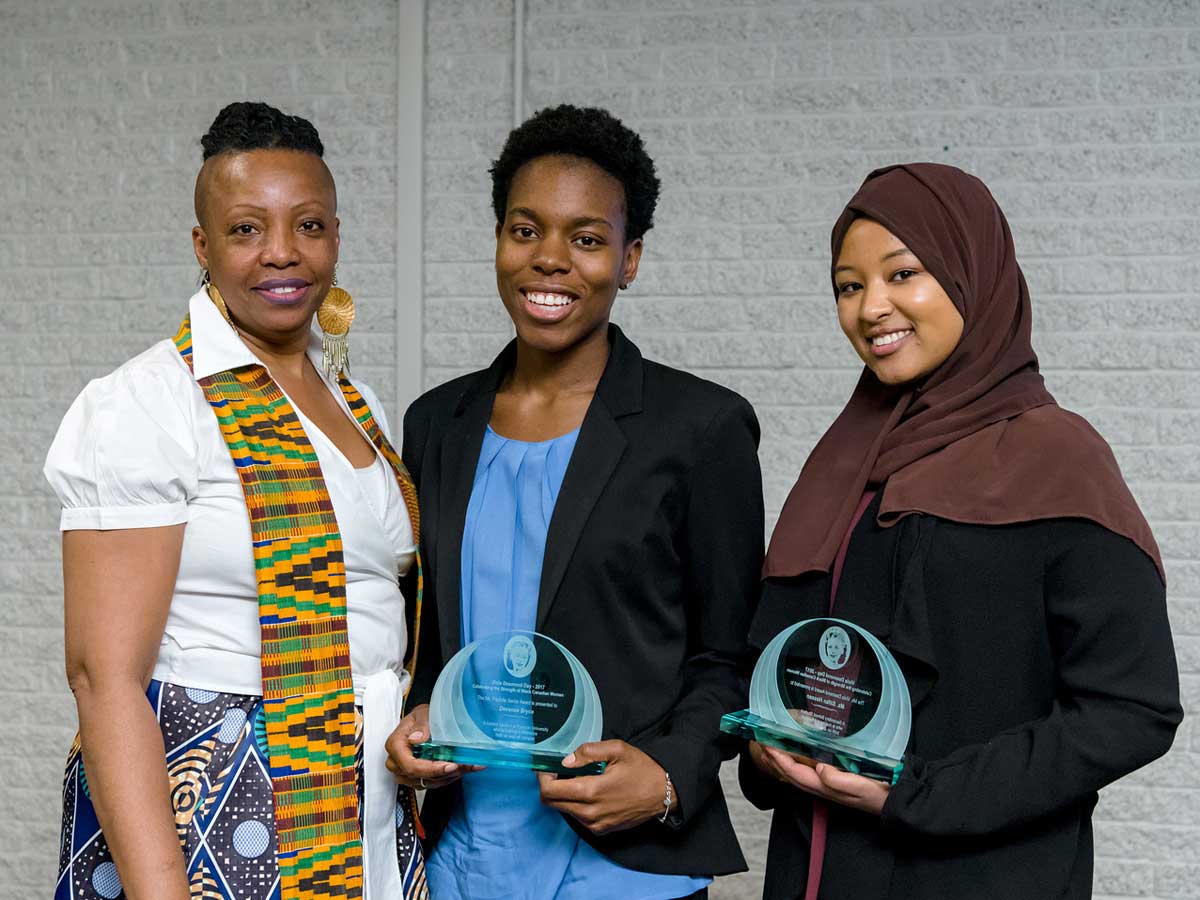 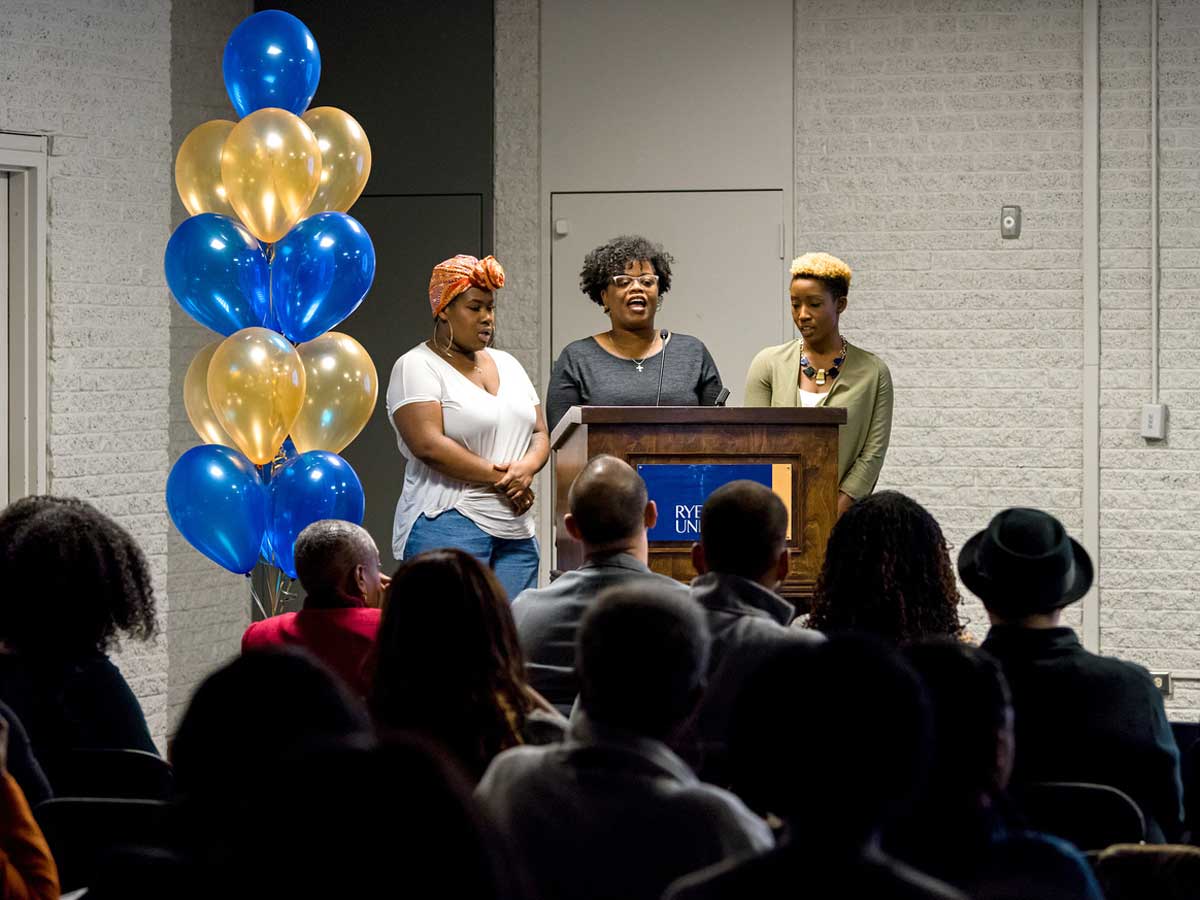 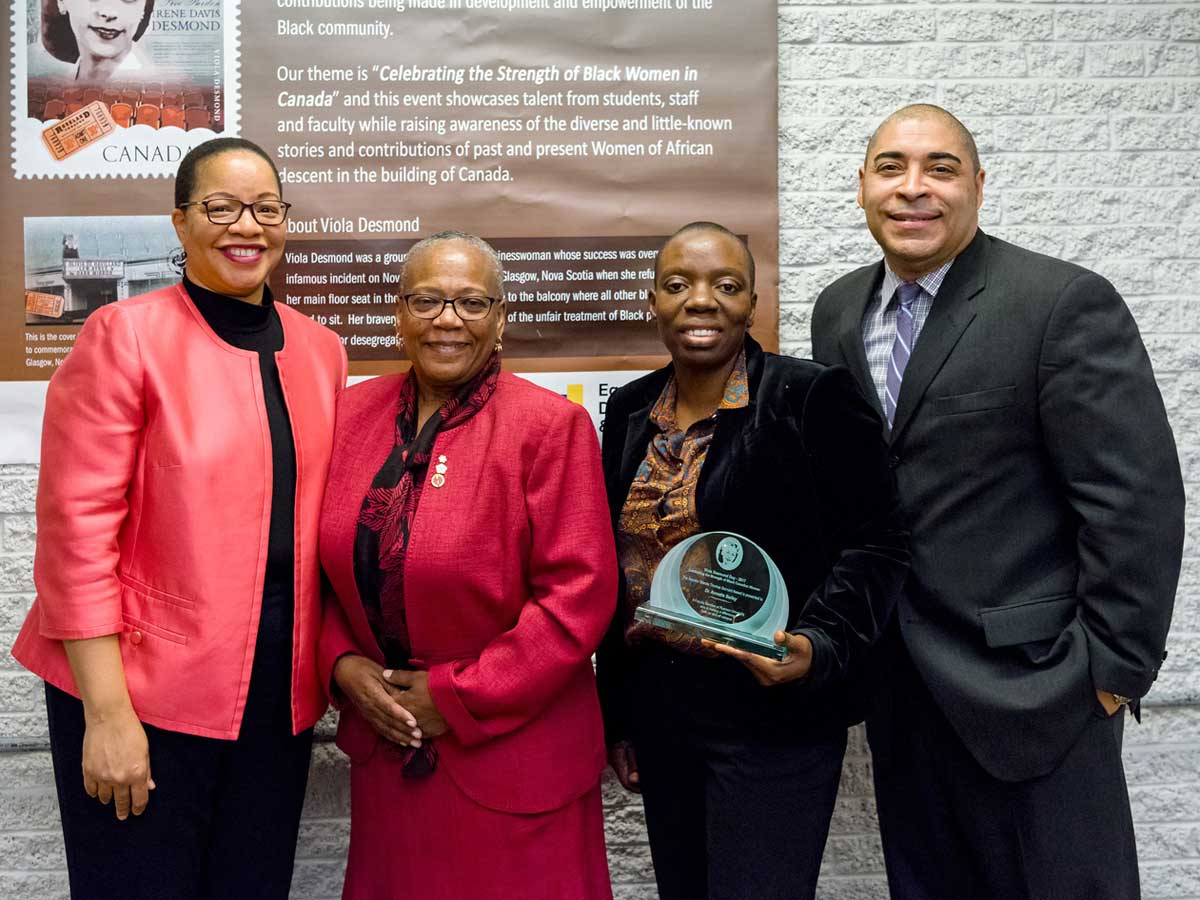 Annette Bailey, a Professor at the Daphne Cockwell School of Nursing, gave a passionate speech about gun violence at the ninth annual Viola Desmond Day Awards, opens in new window.

Receiving the Senator Wanda Thomas Bernard Faculty Award at the March 6 event, Bailey discussed her work researching the impact of gun violence in Canada, and her long career of advocating for policy change.

“I don’t feel comfortable with the option of doing nothing,” said Bailey in her speech. “Young, black men today are dying. They’re dying fast. Black men today are not living to be able to take their rightful place in this world—in their families as fathers, as mentors, and as advocates. You just have to turn on the evening news or pick up the paper to see evidence of their rapid demise.”

Named for the black Nova Scotia businesswoman who challenged segregation, the Viola Desmond Day Awards recognize the contributions of black Canadian women to the Ryerson campus and community. Bailey’s research on gun violence has been used to inform Canadian policy, including the revised Bill C-32 (the Victims Bill of Rights), and she was worked extensively with community-based anti-violence organization. In 2015, she launched a scholarship program in the Jane and Finch area to support underserved youth.

“We see lack of access to needed resources like victim compensation; lack of support because of the racial stigma that’s associated with gun violence; and a lack of empathy and social discourse that deem victims of gun violence as unworthy victims,” said Bailey.

“I do it for the black mother who looked at me and, uncontrollably crying, said, ‘Annette, I’m still waiting for him to come home and decorate the Christmas tree with me. On Christmas Eve, he left to get his gear, and he was shot down by somebody who he had told to simply take the smoking out of a community health centre.’”

“It doesn’t take much,” said Willis. “You don’t have to be doing everything under the sun to make a difference. To me, it’s about being authentic to myself, and using the gift that God gave me to express who I am. I do that through my artwork, whether it’s day-to-day at Ryerson or at my business or just as a hobby.”

“I grew up in a non-diverse city, I would say—in Newmarket—so I had to teach myself about black history,” said Bryce. “Nothing was in library books for me to learn. It was hard, but it was also really encouraging to me, because I got to share it with my peers. Even if they didn’t quite understand it, I got to educate myself and educate others—something I’m going to continue to do.”

In addition, Siffan Hassen, Grade 12 student at Central Technical School, was presented with the Ms. Viola Desmond High School Student Award. Hassen was cited for her volunteer work at her high school and in her community. Fourth-year social work student Sharon Folkes-Hall received the Viola Desmond Bursary, recognized for her extensive work with community groups and affordable housing.

For more information on the Viola Desmond Day Awards, including the full list of this year's award recipients, visit Ryerson Equity, Diversity and Inclusion, opens in new window.