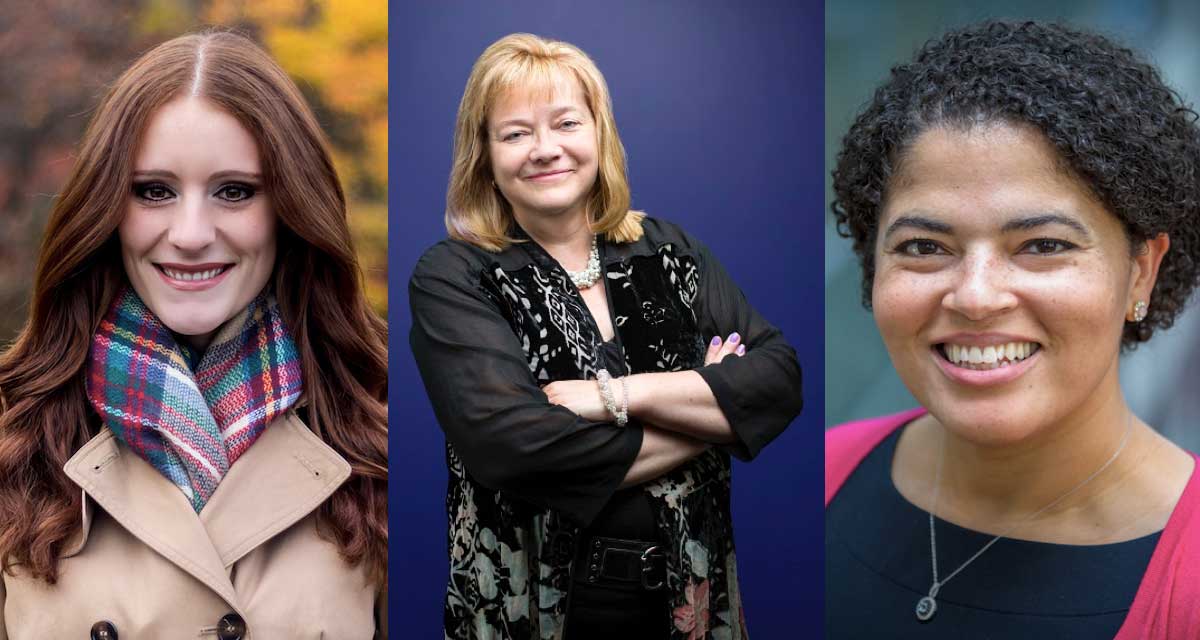 Launched in 2003, the annual Top 100 Awards honour the accomplishments of professional women across Canada. In advance of the award ceremony on November 24, we asked the recipients about the status of women in the workplace, and for their advice for emerging female professionals.

What does it feel like to be one of the most powerful women in Canada?
IMOGEN COE: It's very unexpected. I'm thrilled that my work is being recognized, but I still can't get my teenagers to pick up after themselves.

LINDA MAXWELL: It's obviously a very big honour, and I'm very grateful for the nomination and for actually getting the award. It doesn't change the fact that I still have a lot of work to do in the area that I'm in, but it gives me even more power and determination to get done what I want to get done.

BAILEY PARNELL: I look at these other women and I get another feeling that I don't feel often, which is: "Me? Really? This is awesome!" So it feels like a true honour. It feels like nothing you should take for granted: there are a lot of responsibilities.

You're recognized as being powerful women. How is this distinction meaningful to you?
IC: I think because women tend not to be recognized—because we're not all working from a level playing field—to be specifically recognized amongst a group of incredibly accomplished women is a tremendous honour. Because a lot of my work is around gender equity, and promoting and supporting and advancing women, particularly in STEM—it's kind of an appropriate recognition for me. I see that as a fantastic thing.

LM: It means a lot to be recognized amongst your peer group. Having looked at past years' winners, it really is a remarkable group of women, and to be counted in that group of people is a pretty remarkable honour.

But I don't really think of it in terms of gender, just because the women who have won have distinguished themselves in such a way that they can compete on any level. Even though it's a women's recognition, the level of distinction and accomplishment is on par with anything you'd see in all genders.

BP: I used to think that I would want to be known for my accomplishments and not for being a woman. But my opinion has actually changed in the last couple of years. You grow and learn that being a woman is a lived experience that changes how every woman moves through the world.

There are instances that make it unfortunately a little more difficult, but you should own who you are. If people take more inspiration more from the fact that I'm a woman than from the work I do, then I became okay with that a couple of years ago.

What is your advice for young women pursuing careers?
IC: Be brave, build your network, find your champions, and believe in yourself.

LM: The advice I would give to a young woman starting her career would be to be very brave and somewhat fearless in pursuing what it is she wants to do. In 2016 there are many opportunities for people to really push the boundaries of what they want to do professionally.

There was a time when women had very traditional roles and saw themselves in those roles, but now there's a real change where it's okay to dream big and be ambitious, because that is how you’ll be able to make change. You have to know your stuff, so I encourage any young woman to gain a mastery of their domain. But once they've done that, I really encourage them to dream big.

BP: Because I'm in the Future Leaders category, I feel like I'm the one who should still be asking for advice! But my company is a school for soft skills, and whenever I go through all of these soft skills, it always ends up coming back to confidence. We all find and maintain confidence in different ways, but what I've found is that it's absolutely critical that you find it for you, and you learn how you get it, because it's different.

For me, I pull confidence from being able to back up the things that I say. So, the classic example: you're in a board meeting around a table, how do you speak up? I do my research ahead of time. Before going into that meeting, I look up all the information I can find so that when I go into that meeting I feel confident in my own knowledge.