Kenny Yum has spent his career on the digital side of journalism and has worked for national news sites as an editor, manager and strategist. Kenny helped launch the Globe and Mail’s website in 2000, eventually serving as a Managing Editor and Editor of globeandmail.com, external link from 2009 to 2011. He helped spearhead the relaunch of the Financial Post and the National Post’s digital properties in 2007. When AOL purchased the Huffington Post and decided to launch HuffPost Canada, Kenny left the Globe to head editorial for AOL Canada, before serving as Managing Editor, overseeing HuffPost Canada, AOL.ca and AOL’s other editorial properties. In 2017 he became Chief of Staff for CBC News.

Earlier in his career, Kenny worked for the Report on Business copy desk, the Toronto Star’s universal desk and the CBC.ca’s interactive unit as a producer.

Kenny is a member of the class of 1998 and has served as the editor-in-chief of the Eyeopener. He taught Introduction to Online Journalism at Ryerson, serves on the school’s advisory board, and works with many of the digital classes. His work or sites have been recognized with numerous industry awards including the ONAs and CAJs. The Huffington Post garnered its first NNA nomination. 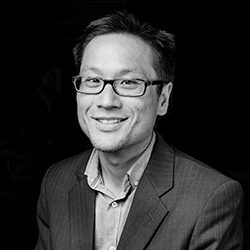