Research that is timely and relevant and of use to content creators is critical to our work. And we not only provide a short summary of “what the research tells us” but also “how to put the research into practice.” We know that everyone is busy, so the research we do is to bring to the forefront issues and information that is relevant for content creators and their work today, and in the future. It’s critical to sometimes stop and take a look at the children’s media industry to see where we are succeeding and where there is work to be done, especially around being reflective of kids and teens’ world.

Our approach is simple: show you WHAT the research is, HOW you can use it, and WHY it is important. The ultimate goal is to help you make great content for young people, inspire new ideas, new awareness, and a real passion for thinking about the audience every step of the way. 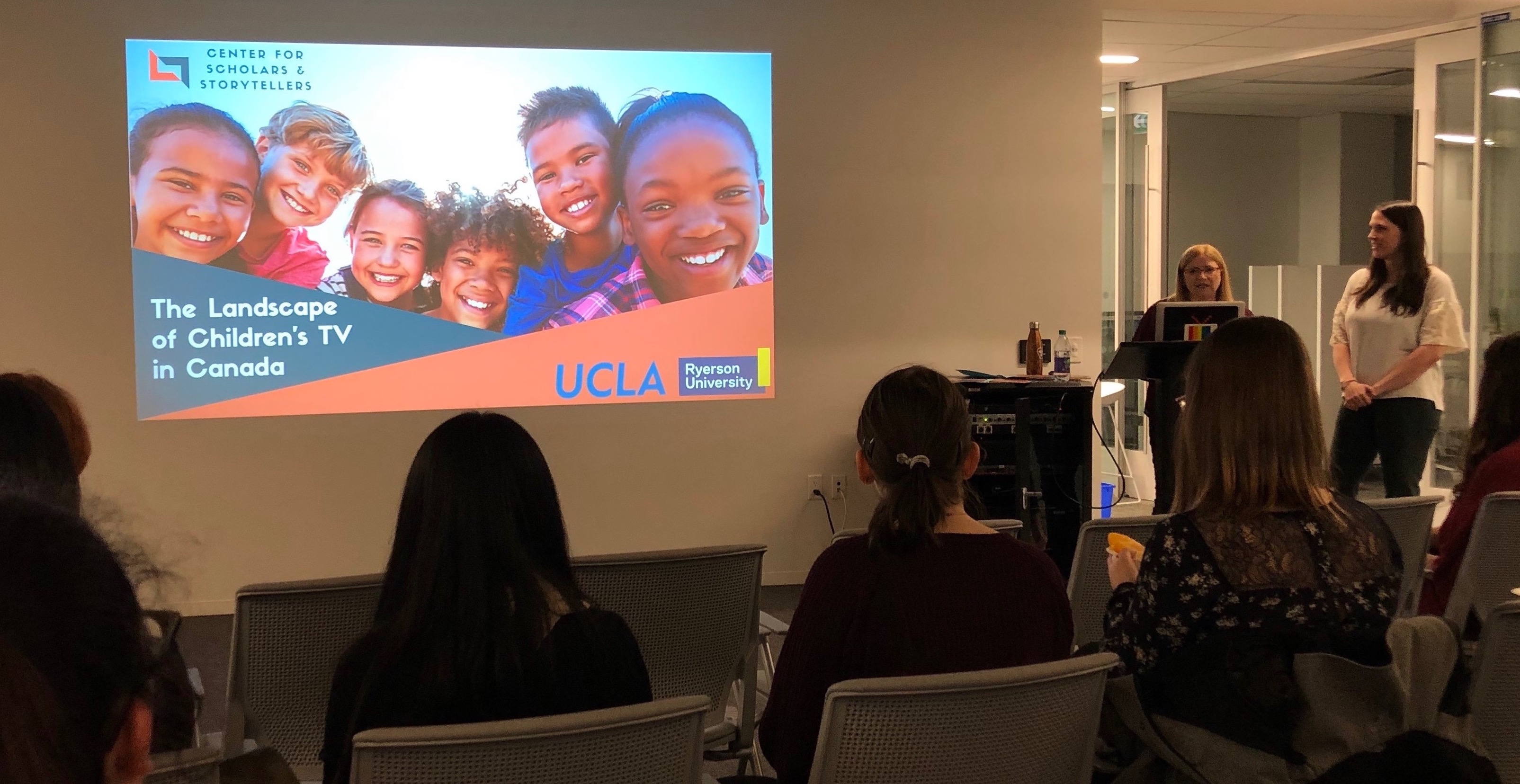 The Children’s Media Lab at Ryerson University aims to positively impact media content for children and youth through innovative research projects and hosting think tank nights that bring together industry and academia.

Our mission is to bridge the gap between academic research and content creation. There is so much research that could be helpful but doesn’t ever get to producers, writers and app makers. And there are so many content creators who would love to have distilled research but just don’t have access to academics or the time to peruse comprehensive academic reports.

The Children’s Media Lab participates in and leads research that is relevant to today’s content creators. We collaborate with academics both at Ryerson and around the world, as well as content creators within the children’s media industry.

In 2018, we led the Canadian data collection of an international content analysis of children’s television, investigating the representation of various demographics such as gender, age, socioeconomic status, body shape, and more. More recently, we conducted a content analysis examining media representations within children’s animated television in Canada in 2018/2019. 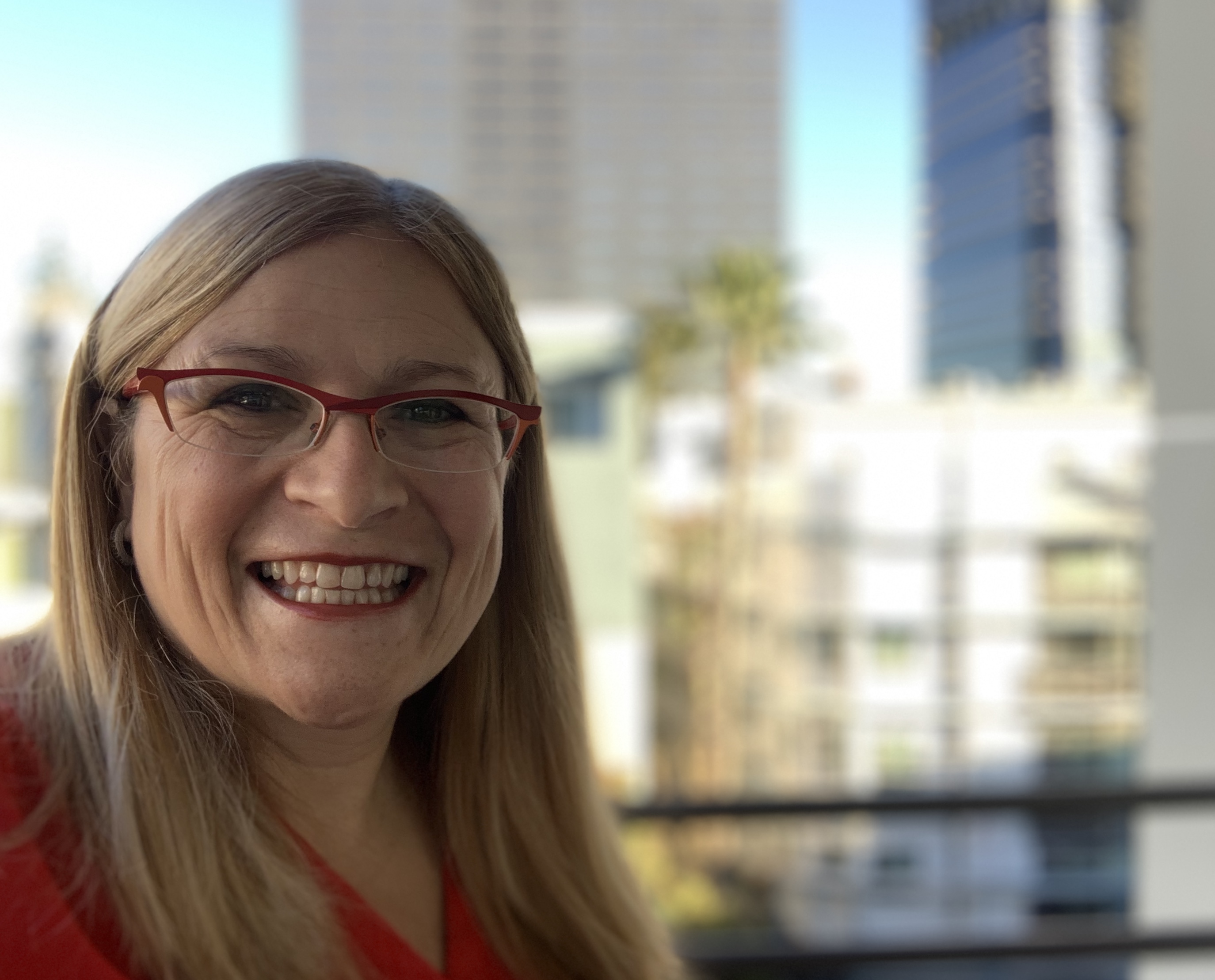 In her over 25 career in public television, she has focused on impactful and empowering children’s content. In senior leadership roles at TVOntario and the Canadian Broadcasting Corporation, she’s had an unwavering drive to develop high-quality original television and digital content that entertains and educates kids from preschool to tween.  She is currently a media consultant for the Center for Scholars and Storytellers and sits on the Board or Directors of Youth Empowering Parents Board.  In addition to garnering multiple awards in Canada and around the world, Kim is one of the inaugural inductees into the Radio and Television Hall of Fame at her alma mater Ryerson University in Toronto, where she also teaches in the Global Campus Studio. 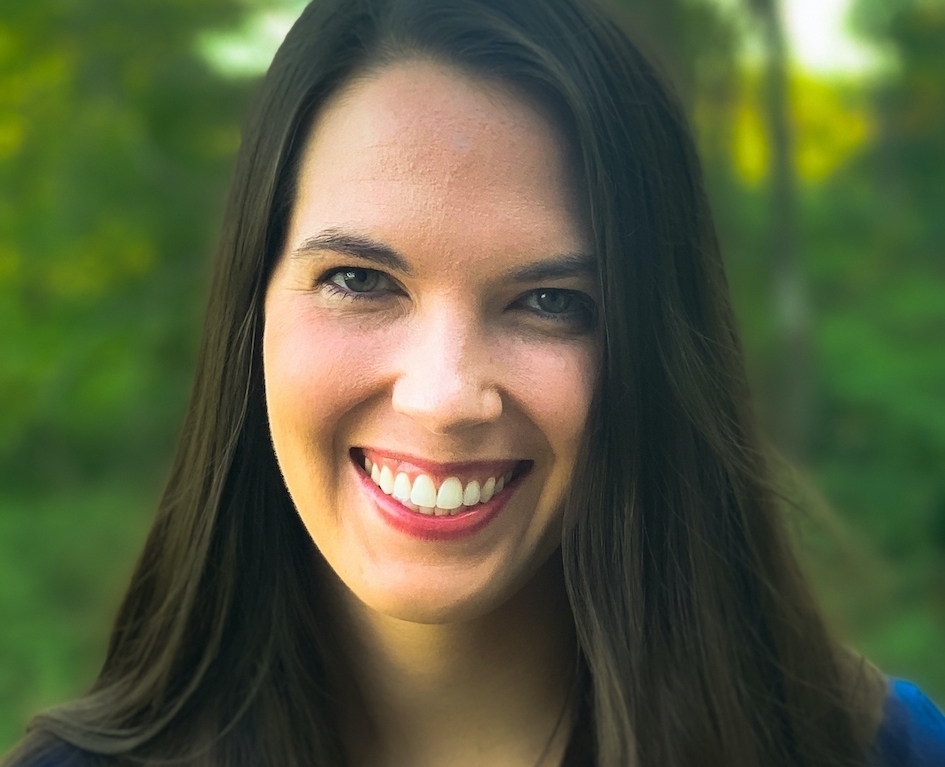 Dr. Colleen Russo Johnson is the Chief Scientist and co-founder of The OK Company, makers of the OK Play app, external link.

As a developmental psychologist with an expertise in children's media and technology, Colleen serves as an adjunct professor at Ryerson University and co-founder of the Ryerson Children’s Media Lab. She is also a senior scholar for UCLA’s Center for Scholars and Storytellers, research advisor to Sinking Ship Entertainment, and co-author of the bestselling children's book, Dino Dana: Dino Field Guide.

Colleen is passionate about applying best practices from science into tech and media products to enhance the lives of families everywhere. She holds a PhD from Vanderbilt University as a National Science Foundation graduate fellow. 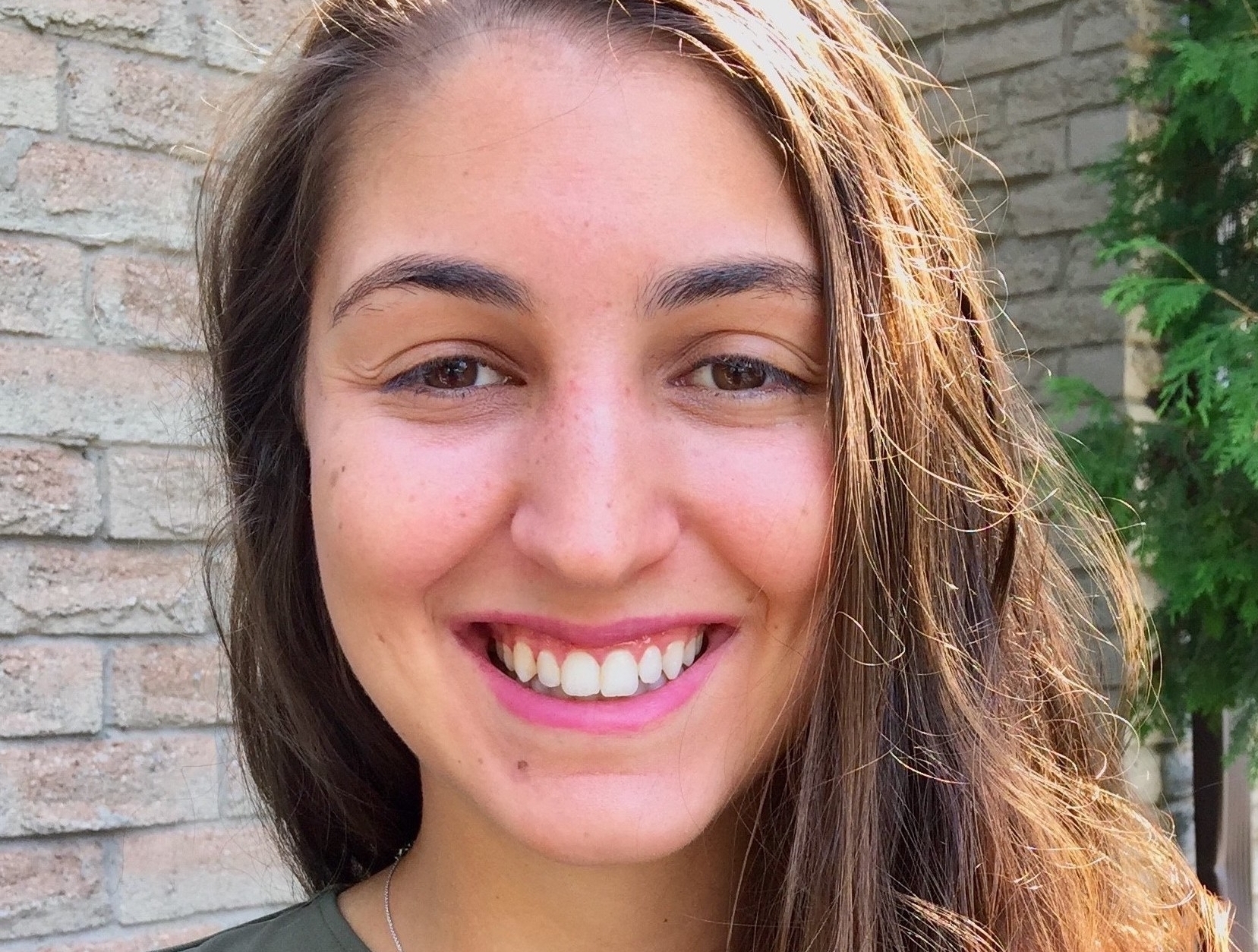 Adrianna Ruggiero holds a Master’s degree in Psychology and is now working towards her PhD in the Early Childhood Cognition Lab at Ryerson University. Her research broadly focuses on children’s social and cognitive behaviours and more recently, children’s engagement with media and technology. While completing her degree, Adrianna has been a part of several projects within the children’s media industry: She is a Senior Research Manager and Media Consultant at OK Play, an educational consultant for OneFish TwoFish Consulting, a Junior Fellow at UCLA’s Center for Scholars and Storytellers, and she has also worked as a contract educational/media consultant for Sinking Ship Entertainment and Corus Entertainment. 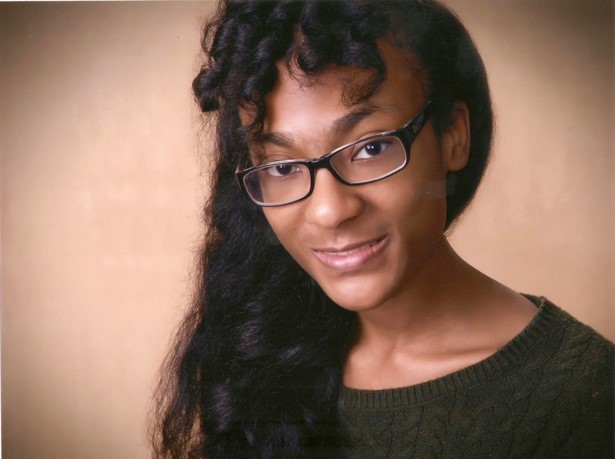 Josanne Buchanan is an active children’s media researcher, whose work is situated at the nexus of media and psychology. Currently completing an Honours Bachelor of Science degree in Psychology at the University of Toronto, Josanne has actively contributed to the children’s media landscape for almost 2 years through her roles as a research and development intern with a children’s app-development company, a consultant at OK Play, and a volunteer at Sinking Ship Entertainment. Josanne’s contributions to children’s media, which include experimental research and game-development, are informed by her strong background in psychology, which she continues to hone through her role as a student researcher at the Toronto Early Cognition Lab.

Research projects with practical insights for industry and students 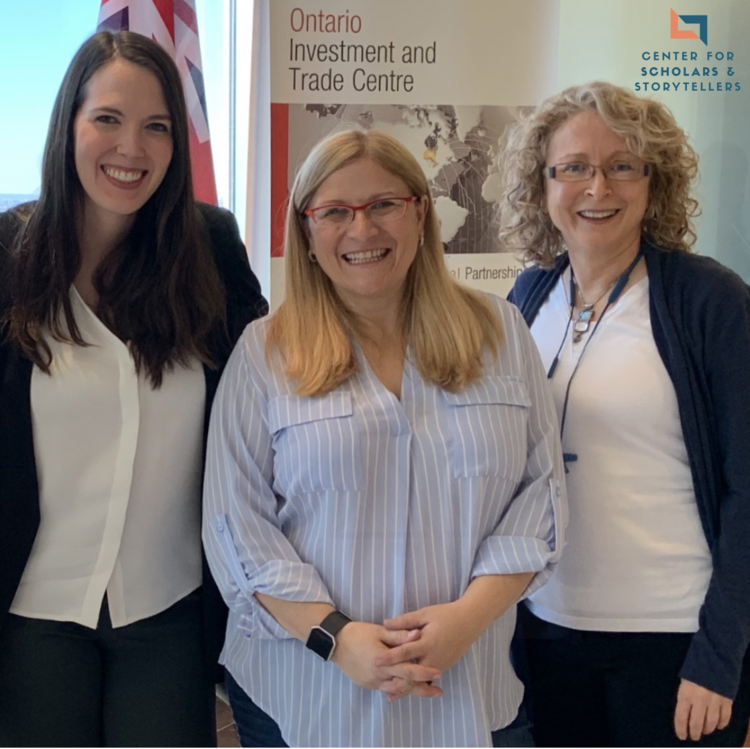 Landscape of Children’s Television in Canada and the US

This comprehensive study was commissioned by IZI (International Central Institute for Youth and Educational Television in Germany) and included 7 other countries, including the US. The Children’s Media Lab worked with our partners at the Center for Scholars and Storytellers at UCLA to promote these findings. Research results and actionable insights are included in categories ranging from on screen characters (gender, race, age, economic diversity) to behind the scene teams (directors, writers, creators, and producers)

Some findings were compared with the results of a previous study conducted 10 years earlier in 2007.

This research is a follow up to our “Landscape” report, where it was discovered that there was a larger gender gap in animated programs in Canada than live action programs for children. It delves further into gender, race, types of characters, portrayals of females, and those with disabilities.

The Children's Media Lab will be hosting a Think Tank event on March 10th to discuss the results of their latest study on Animation in Canada. Industry members, academics and students are welcome to attend. Please email us or check back for more information.