The inaugural GRADFlix competition welcomed 20 participants to present their research in a two-minute video. 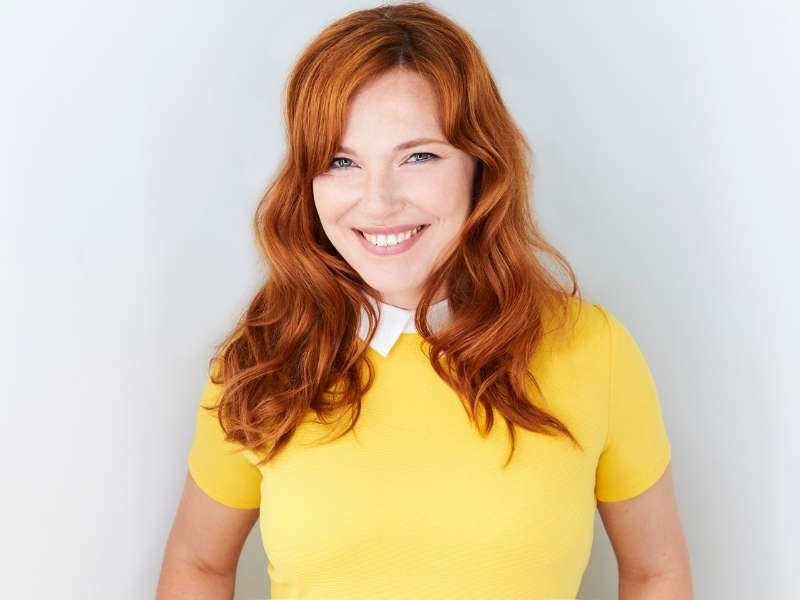 Nicole Wilson is a second-year Applied Mathematics MSc student in the Biomathematics group. She graduated with an Honours BMath from the University of Waterloo in 2007, worked as a financial software consultant, and then took a departure from math to study acting in 2012. She has since been running a mathematics tutoring business and working as a professional actor. Nicole was excited to resume her mathematics journey in 2019 at Ryerson. She is so grateful to be working with the most brilliant and supportive supervisor a graduate student could ask for – Dr. Kathleen Wilkie. 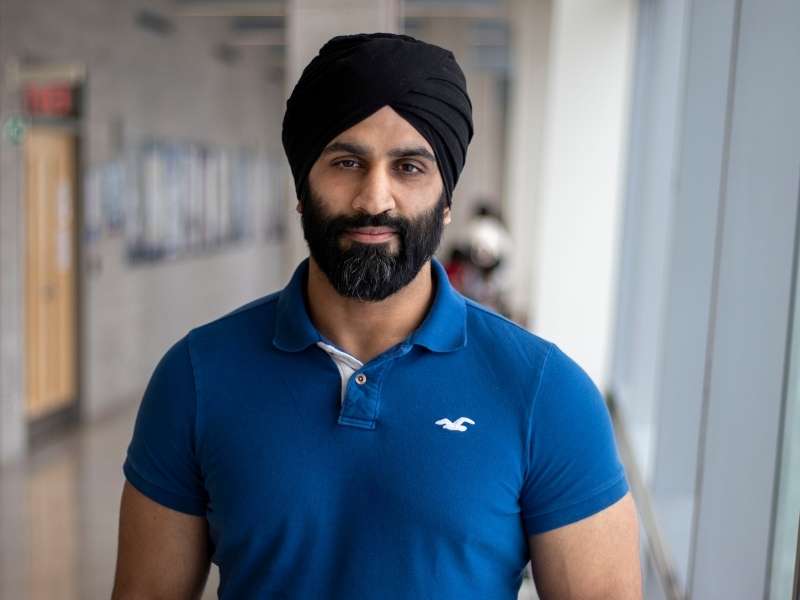 Sandeep received both the B.Eng and MASc degrees in 2016 and 2019, respectively, from Ryerson University where he is currently working toward the PhD degree. His research interests focus on the modelling and control of power electronic converters and their applications to power systems. Sandeep has published with the IEEE Transactions on Industrial Electronics and has also taught several undergraduate courses in electrical engineering at Ryerson University. In his spare time, Sandeep enjoys reading, art and personal fitness. 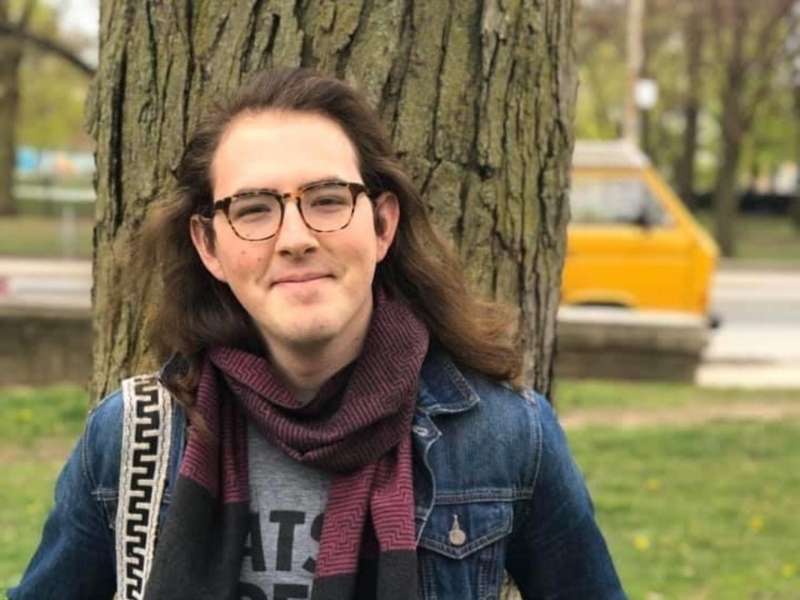 Peter Totten is an Emmy nominated filmmaker and video artist currently based in Toronto, Ontario. Their work has been screened in galleries and festivals in Europe, Asia and North America. Peter finished a BA in Media Arts Studies from Brigham Young University in 2018 and is currently pursuing an MFA in Documentary Media at Ryerson University (’21), Peter’s work is exploratory in nature, seeking to highlight the beauty in lived experience; utilizing the essay film form and visual anthropology to encourage growth and dialogue between disparate ideas, communities and ideologies. 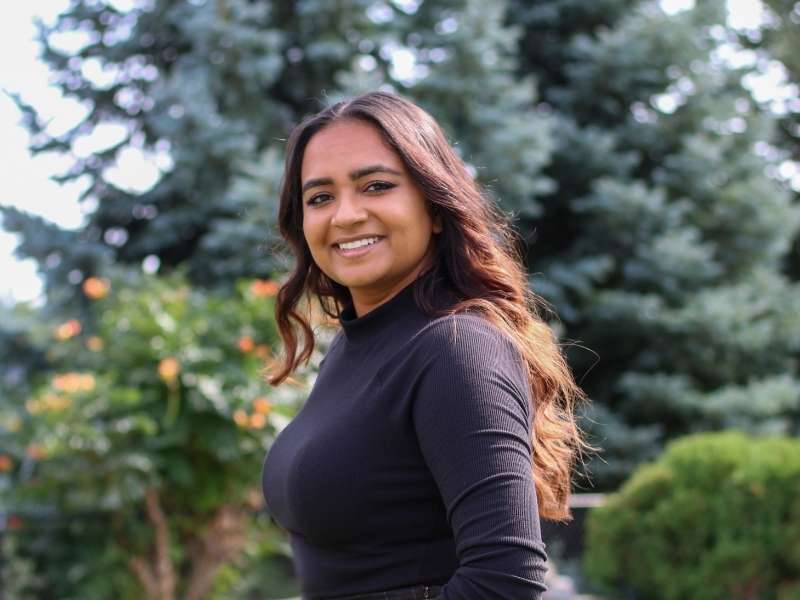 Tejal is a self-driven individual, passionate about all of her encounters with people, life and architecture. Her personal interest in architectural investigation lies within the public realm, wellness, adventure and the quality of living. Tejal would like to continue to pursue her examination of boundaries by redefining the classification of a “living space” in a high-density context and introducing new housing concepts that improve the quality of inhabited spaces. She has completed her bachelor of architectural science at Ryerson University and a semester abroad at Universität Stuttgart investigating the future of international social housing in Stuttgart, Copenhagen and India. Tejal is currently pursuing her master of architecture degree at Ryerson University exploring the “Promotion of Healthy Aging Through Social Proximity In Housing: Architecture For Aging Populations” as a topic for her thesis. 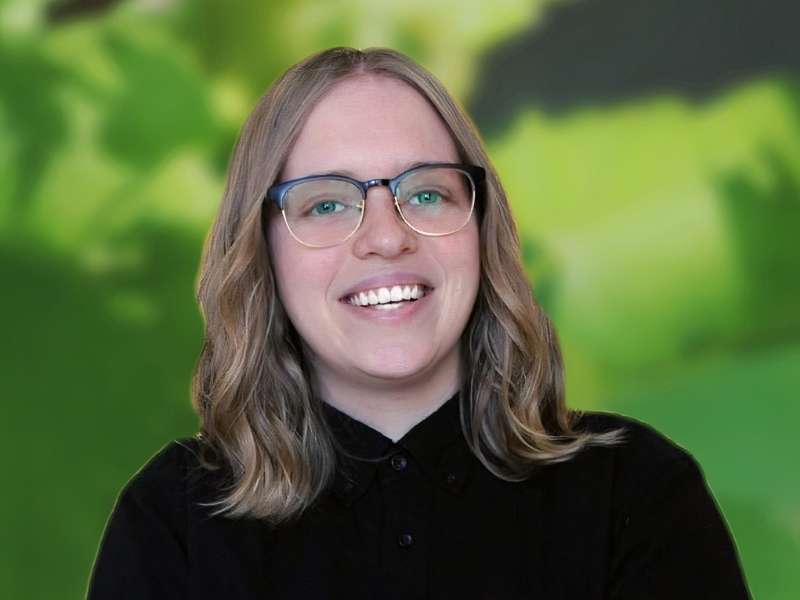 Amber Grant (she/they) is a PhD candidate in the Environmental Applied Science and Management program at Ryerson University. Amber's research responds to growing evidence and concern that the social and environmental benefits of urban trees are inequitably distributed across society and space. In particular, her research explores whether and how environmental justice goals are being defined, pursued, and implemented in urban forest management plans and community tree-planting practice in the United States. Amber is a CGS-Doctoral and CGS-MSFSS recipient and has been able to complete part of her doctoral work in Philadelphia, Pennsylvania with Dr. Lara Roman at the U.S. Forest Service. Here she has been investigating community perspectives on urban forest programs (i.e., community-led street tree planting and municipal-partner organized tree give-away programs) that are working to address historical and current environmental injustices related to urban forests. 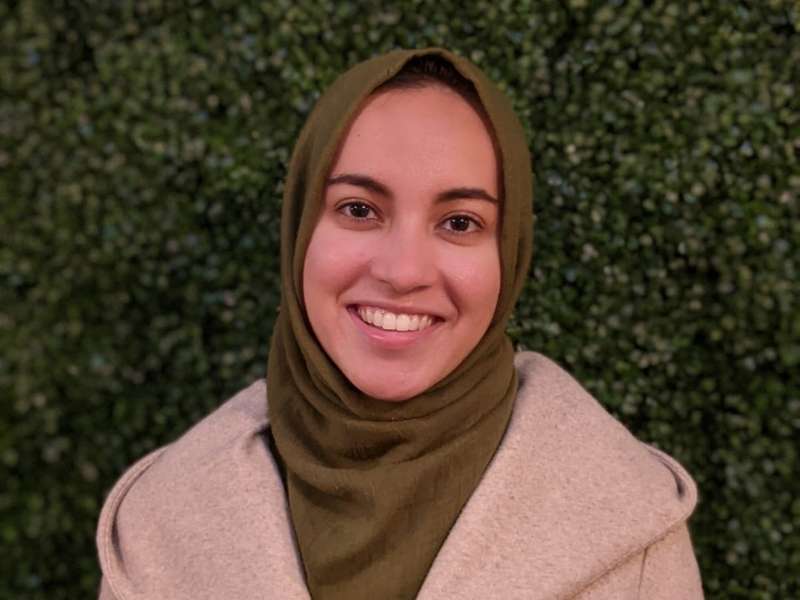 Anum is a second-year master's student in civil engineering. She recently completed her bachelor's in engineering from Ryerson University in June 2019. Since June 2018, she has been addressing the issue of "non-flushable" wet wipes and nonwovens in sewer systems. With additional support, she has developed technology to provide remote site visibility for utility managers to effectively detect hotspots of buildup in sewers. Anum is an engineering student by discipline and an entrepreneur by passion. She is a strong advocate for all things water and is making in-roads with utilities across Canada. 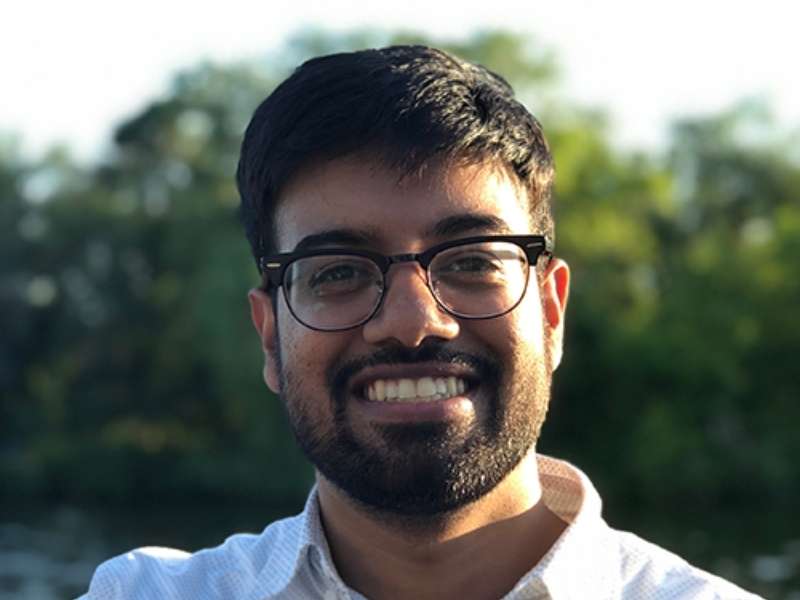 Arvin is a PhD student in Ryerson University’s Psychology program. His research focuses on how the design elements of internet- and technology-enabled social spaces impact our attitudes and interactions; as well as how they can be modified to promote more positive social outcomes. For his PhD dissertation, supervised by Dr. Becky Choma, Arvin is developing an open-source tool that will allow researchers to experimentally alter the design and content of a mock social media website that participants can interact with. This tool hopes to bridge the gap between the needs for high experimenter control and ways to measure natural social media behaviour in social media research. Arvin is using this tool to develop psychologically-informed design interventions for online misinformation. Specifically, he is testing whether giving social media users scores based upon the amount of true or false news that they share encourages them to verify and ultimately share less misinformation. 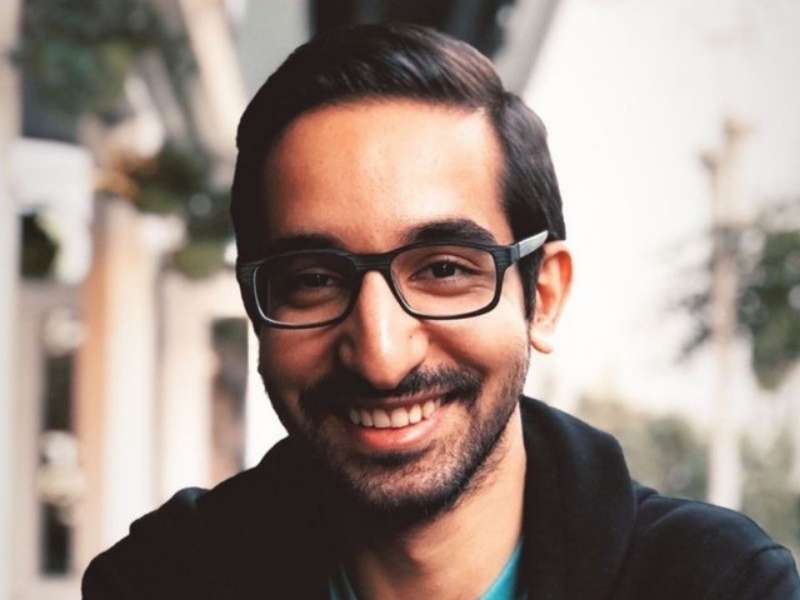 Emad is a classically trained pianist and composer. In 2019, he quit his full-time job as a business developer to pursue music professionally and to chase his dream. Emad is interested in storytelling with music and he has composed the original soundtrack for several podcasts and films so far.

Currently, he is studying in the Master of Digital Media program at Ryerson University and his research focuses on the dynamic soundtrack in video games as a narrative. 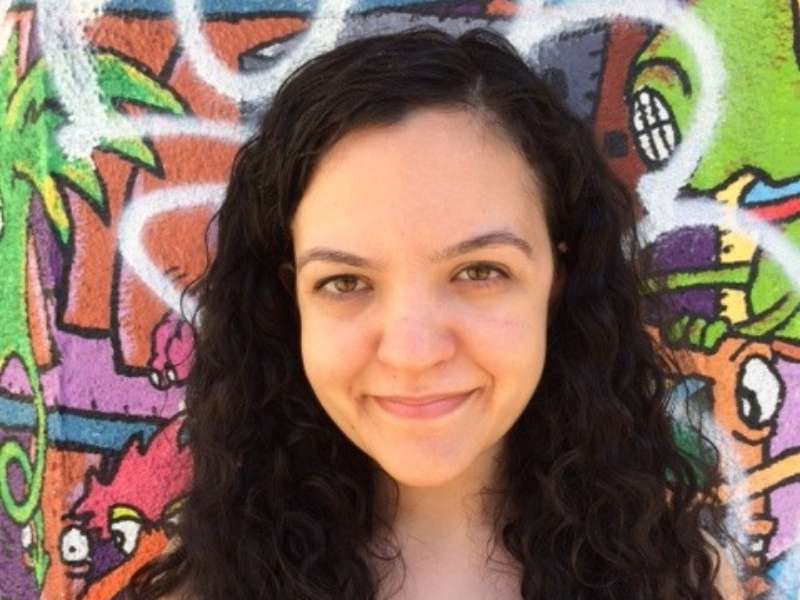 My name is Emma Stirling, and I am a second-year masters’s student in Film Preservation and Collections Management. I am interested in the history and preservation of film and television, especially ones that have been left out of traditional archives. My thesis focuses on the preservation of local media and the ways independent archives can work to make sure media history is saved. From Polkaroo to YTV and more, I hope to help preserve and promote the history of loved local Canadian media! 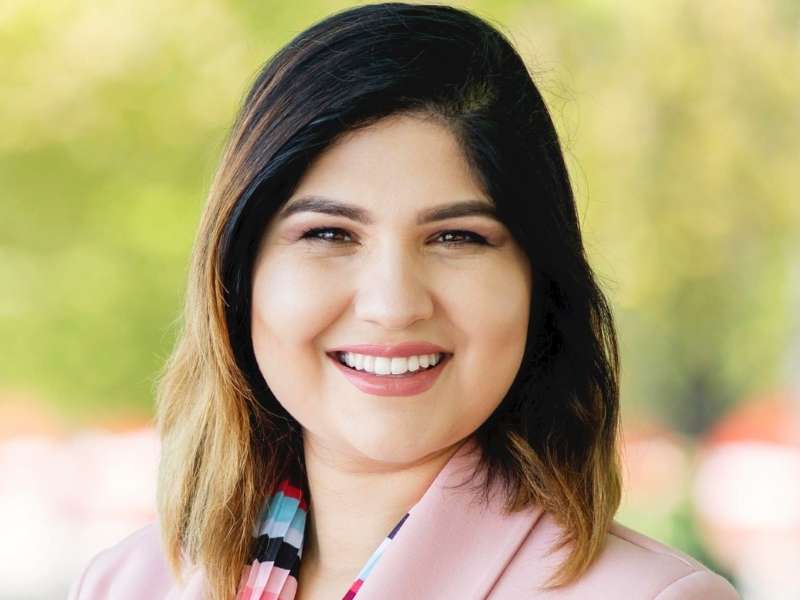 “Wastes are Not Waste Anymore — They are Resources!, external link”

Farokh Laqa Kakar is a PhD candidate (Civil Engineering), Vanier Scholar, senate member and YSGS representative for Student Initiative Fund at Ryerson University. She is the president of Canadian Young Water Professionals and an Emerging Water Leader at International Water Association (IWA). She is also vice-president of Young Professionals in Canadian Association for Water Quality (CAWQ). In addition, she is the board member and program director of the Society of Women Engineers in Greater Toronto Area. 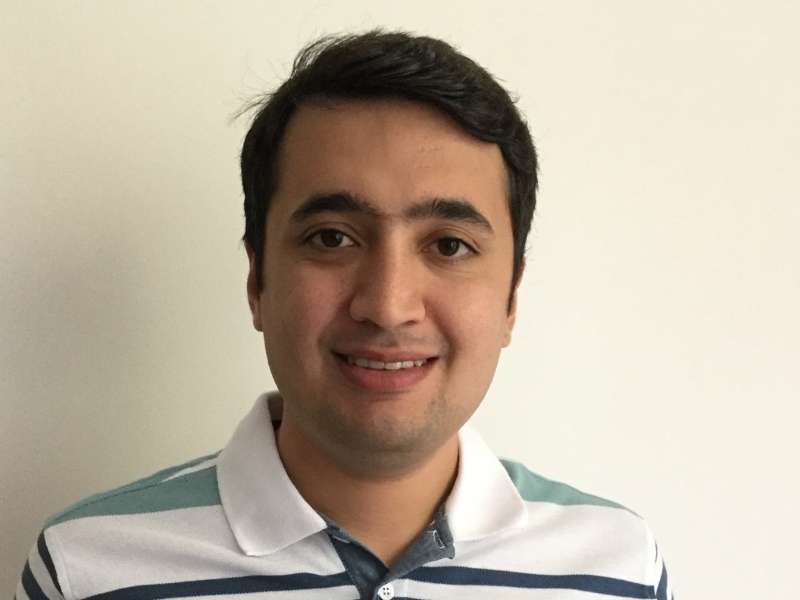 Farshad Daliri is a computer networks engineer who is currently completing his second master’s degree at Ryerson University. He completed his first master’s degree in human-computer interaction engineering at Carleton University. With over six years of experience in information technology, he is interested in applying these experiences and academic training in the computer networks industry.

Jenny Bicong Ge has worked in the Government of Ontario since 2016 in various roles, most recently as a senior business analyst in the Treasury Board Secretariat. She has worked at the Ministry of Economic Development, Job Creation and Trade and spent three years at the Ministry of Health and Long-Term Care, developing expertise in healthcare policy and programs. Jenny holds a bachelor's degree in biology, honors specialization in genetics with a minor in French studies from the University of Western Ontario, in addition to an honors business administration degree from Ivey Business School. She is currently a Master of Arts candidate in Public Policy and Administration at Ryerson University. Jenny has been an avid community volunteer since 2006. 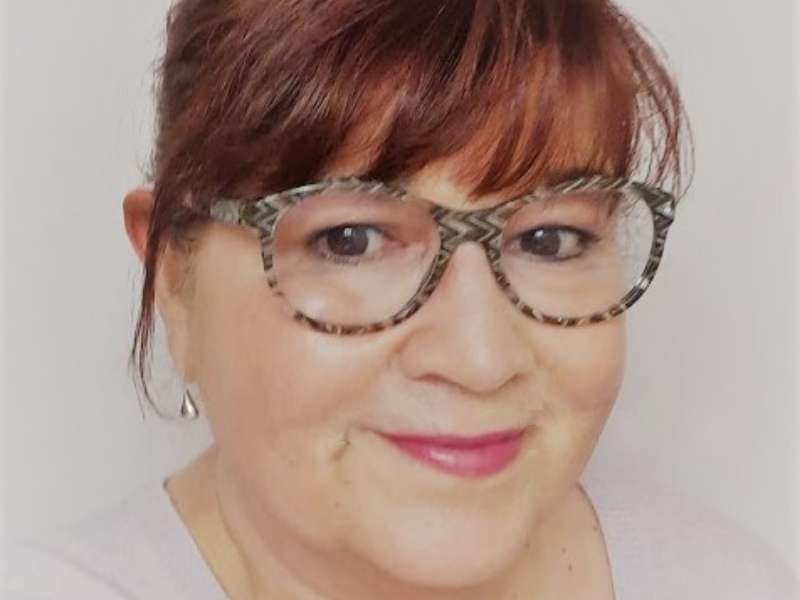 “The Impact of COVID-19 on Food Insecurity in Arviat, Nunavut, external link”

After twenty years in a career in merchandise management, it was time for a change. Julie Robertson (she/ her) decided to follow of love of maps and geography and began the Geographic Analysis program at Ryerson in 2008. Learning was fun and that prompted Julie to complete her master’s degree in environmental applied science and management (EnSciMan) on the use of GIS and traditional Inuit caribou knowledge. She is currently completing her PhD in the EnSciMan program. Prior to the COVID-19 pandemic, her research was on food insecurity and the social and economic impact of a greenhouse in Arviat, Nunavut. However, the global crisis has delayed the greenhouse project for the foreseeable future and Julie has pivoted her research to the impact of COVID-19 on food insecurity in the community. 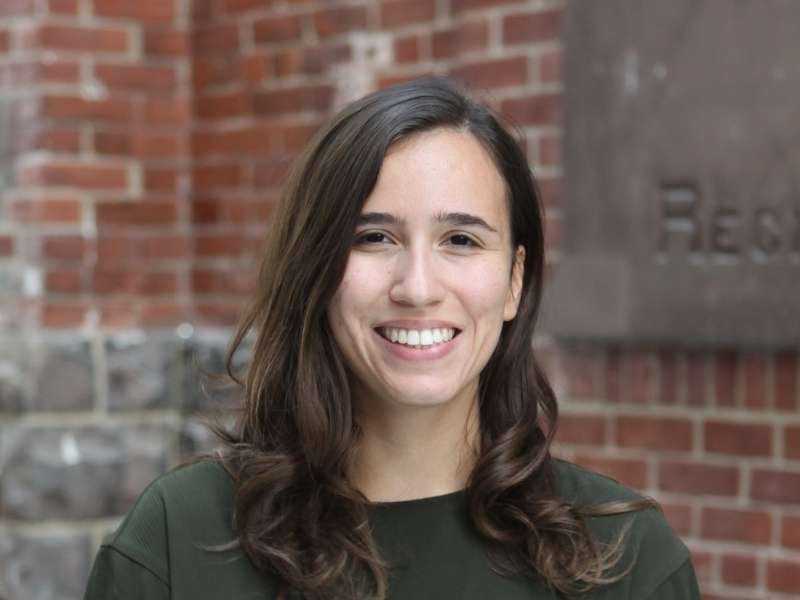 Laura Lebel-Pantazopoulos is a soon-to-be graduate of Ryerson’s master’s of planning in the Urban Development program. She studied industrial design before pursuing her urban planning interests and received a bachelor of design with distinction from the Ontario College of Art and Design University (OCAD U). She aims to combine the people-centred process and communication skills that she practiced in her design work, with her understanding of planning systems and policy, in order to engage with complex urban issues at all scales. Laura has a passion for green infrastructure, creative community engagement, civic technology and all things Toronto, where she was born and raised. 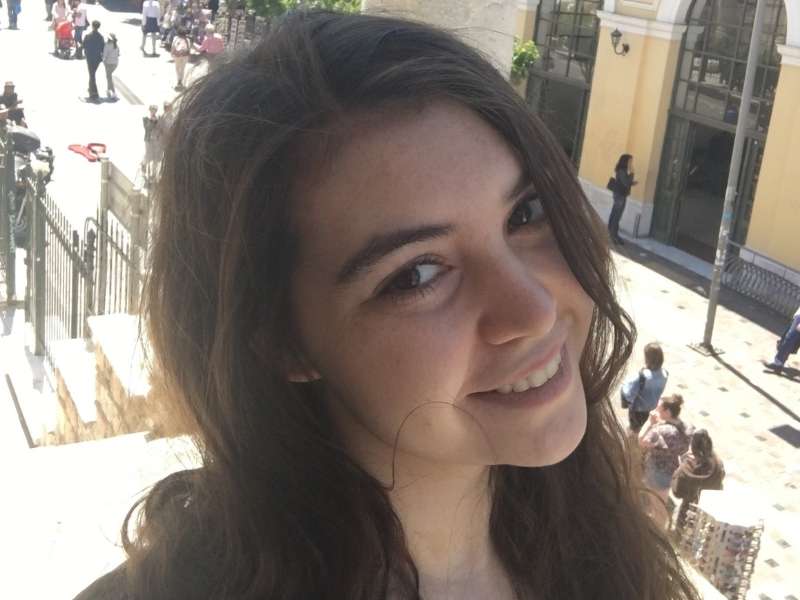 Mariah Lecompte is a second-year psychology master’s student in Ryerson’s psychological science stream. She conducts research out of the Cognitive Aging Lab under the supervision of Dr. Lixia Yang. Her current research focuses on memory during the natural aging process. Her master’s thesis stands to fill in some of the gaps of the current literature in order to increase our understanding of older adults’ associative memory, with the potential of forming memory strategies that future older adults can use to improve daily life. 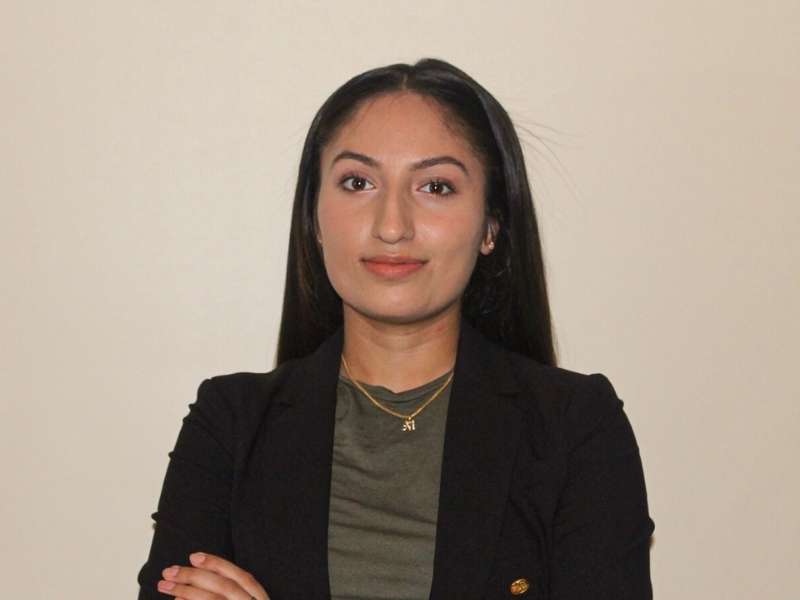 “Let's Face It: The Importance of Facial Features During Recognition, external link”

Menahal is a second-year master’s student in the Psychological Science program working under the supervision of Dr. Margaret Moulson at the Brain and Early Experiences (BEE) lab. Menahal’s research interests include studying face perception and emotion regulation in adults, children and infants. Her MA thesis investigates the importance of internal and external features for the recognition of faces that vary in race and familiarity, in adults. Menahal has also been awarded the SSHRC Canada Graduate Scholarship-Masters (CGS-M) for the year 2020-2021. 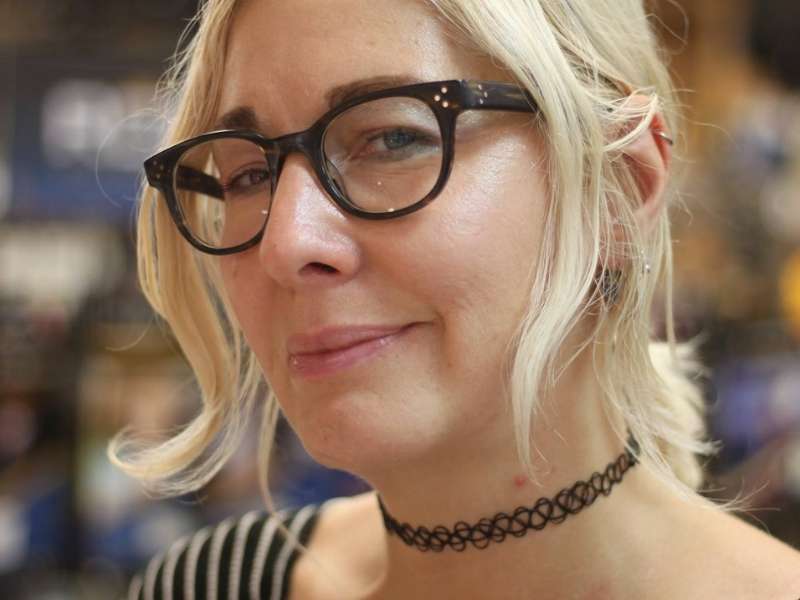 “Drunk On Too Much Life, external link”

Michelle Melles (she/her) is a director, writer and producer with a background in independent documentary media, broadcast television and magazine journalism. A fierce believer in the 'personal is political,' she has directed numerous documentaries that have focused on strong and complicated female characters and the complexity of sexual and gender expression in the modern world. In 2018, she co-founded Parallel Vision Productions producing independent documentaries, music videos and a variety of original stories for the small and big screen. She has written for the woman's lifestyle magazine BUST Magazine and the Globe and Mail. In 2020, she was the recipient of the SSHRC award, received her BA (with high distinction) from the University of Toronto, and in the fall of 2021 will receive her MFA in Documentary Media at Ryerson University where she is focused on autoethnographic filmmaking. Her upcoming personal documentary film “Drunk on Too Much Life” is her research-creation project. 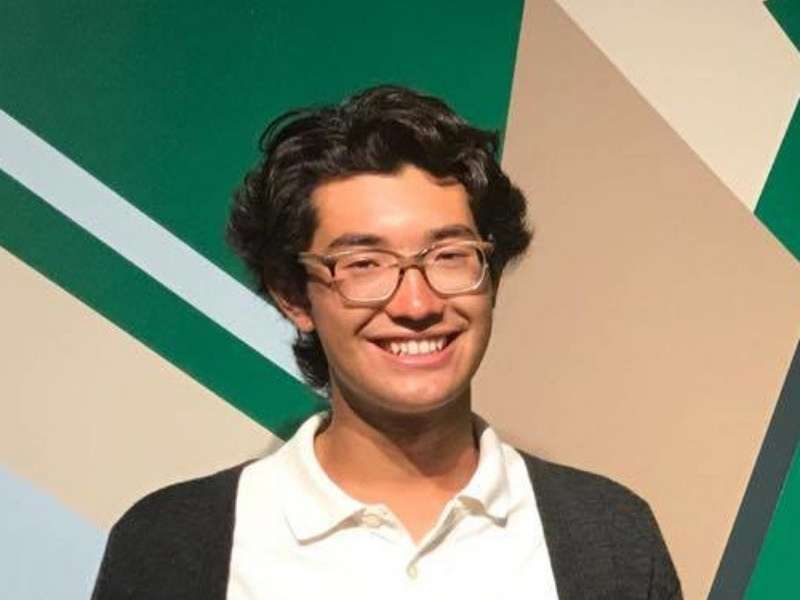 Nick is a graduate student in the Immigration and Settlement Studies program at Ryerson University. He is writing his MRP about the historical evolution of case processing in Canadian immigration from around the 1960s to the present. Focusing in particular on immigration officers' decision-making abilities during this period and their reliance on paper-based and digital-based systems. 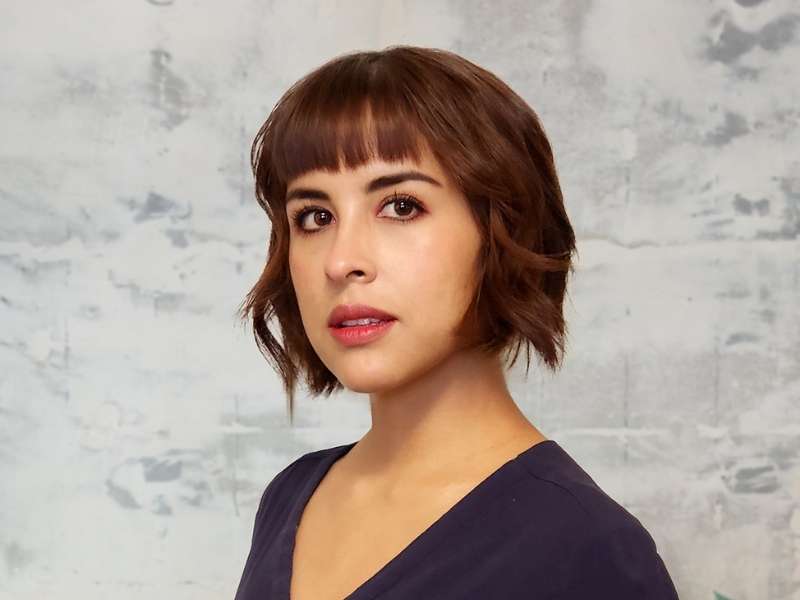 “The Depths of a Story, external link”

Nikole is a new media artist whose research focuses on expanded cinema, affect theory, haptic vision and intersectional feminist theory. Fascinated by our media ecology's complexities, she uses research-creation methods to explore how new technologies affect our experiences, building new patterns of perception and interaction. Her new media work has been exhibited in galleries and film festivals worldwide, including its inclusion in La Truca's Empowered Perspectives selection of female directors and the HUMANO International Human Rights Film Festival. 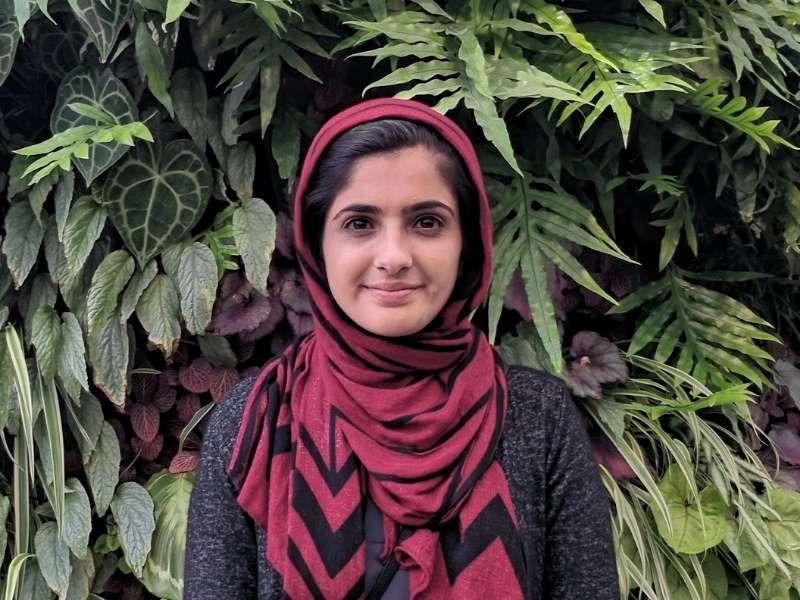 Reeda Mahmood is a PhD candidate in the Molecular Science program. While she originally completed her BSc in Biomedical Sciences, she has since then found her passion for solar research. Her research focuses on optimizing Dye-Sensitized Solar Cells (DSSCs) for the purpose of commercialization. Outside of her research, Reeda is very interested in entrepreneurship. She has co-founded two startups thus far and plans on continuing on the entrepreneurship path after she graduates.