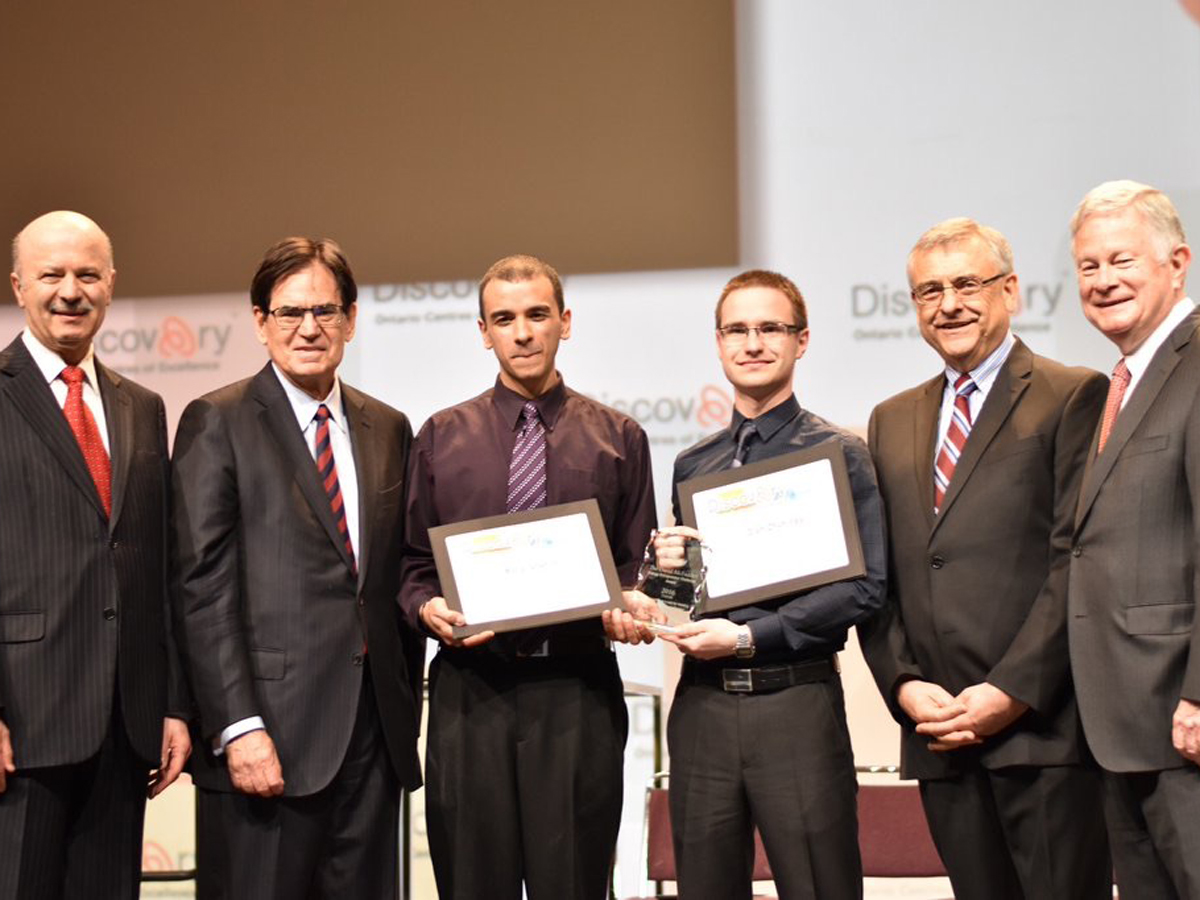 When he was in his second year of undergrad, Bolis Ibrahim was struck with inspiration from an unlikely place: the campus’ hot dog vendors.

“At night, those hot dog carts need lights, and if there’s no outlet around, they use a gasoline generator,” said Ibrahim, a fourth-year Electrical Engineering student. “It got me thinking about a bigger problem, which is power generation.” From these thoughts came an idea: “Our goal from the very beginning was to promote clean air and clean energy. I didn’t want to smell gasoline from these hot dog carts when I was walking down the street.”

They’re already making waves: on May 10, the startup won the David McFadden Energy Entrepreneur Challenge, external link, opens in new window at the OCE Discovery, external link, opens in new window event, beating four other student teams from Ontario universities for a prize of $25,000. This added to their earlier financial support from the Norman Esch Engineering Innovation and Entrepreneurship Awards: Ibrahim and Zhyhinas won all three stages of Esch funding, helping them develop their idea.

The common perception is that solar panels are plugged in directly to what they’re providing power for, but there are many power electronics on the path of electricity.

Argentum Electronics is working on a solar charge controller to extract more power from the solar panels, to provide customers the most energy out of the solar panels. “It’s competitive efficiency at a much lower price,” said Oleh Zhyhinas.

“Solar is great, it’s just not economically viable,” explained Ibrahim. “It goes past the cost of the panels: there’s so much more than just panels. That’s what we’re adapting our technology for: the things behind the scenes in solar.”

So far, the team has developed a working prototype, which they plan to eventually commercialize. “Not everything that runs on a computer simulation is viable in real life—a lot of the stuff we were dealing with were ideal components,” said Ibrahim. “So we started working on this to realize a physical model—a lot of prototyping. It was a good learning experience, and we were able to make a working prototype.”

At Ryerson, the team has received valuable mentoring from professors Rafik Loutfy and CUE executive director Dan McGillivray. They are also entering their fourth month at iCUE, an incubator that has given them the tools and resources to thrive. “Originally we were just working out of my room,” said Zhyhinas. “We became too big for that, because we had a lot of equipment and solar panels.”

“I like being in the Ryerson ecosystem,” said Ibrahim. “This is part of the zone learning ecosystem, along with the DMZ, and it’s pretty cool to be in that ecosystem. … There are always high-profile individuals from the power industry rolling through, and there are always potential investors.”

"Our goal from the very beginning was to promote clean air and clean energy."